The Chinese are superstitious people. Hundreds of ancient superstitions are still relevant in Chinese society. And if some of them are completely harmless from the point of view of the law (you can’t leave chopsticks in an upright position or bite noodles), then others threaten criminal prosecution (finding a bride for a dead man). With ideologically dangerous superstitions, the Communist Party of China is engaged in an active and implacable struggle.

A major problem in China is superstition, according to which the deceased, if he was a bachelor, must be buried with his “wife.” The Chinese believed that in the afterlife, a man would be lonely if he was buried alone. These customs are still observed in Chinese villages, although post-mortem marriages were forbidden under Mao Zedong. Relatives of the deceased ordered the corpse of a young woman from the “black grave diggers”, the deceased are symbolically engaged and buried nearby. Dozens of people are judged annually for kidnapping corpses in the country.

Strong in China is also a belief in demons. Many Chinese wear amulets that scare away evil spirits. The country still uses the services of exorcists, which help to clear themselves of the negative. 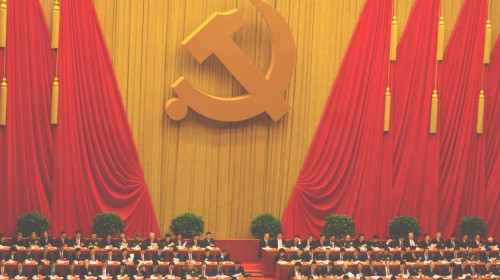 The Chinese Communist Party has been fighting religion and superstition for nearly 70 years. Members of the Communist Party were always obliged to avoid religion, but with the advent of Xi Jinping, the struggle against faith intensified. In 2017, the rector of the Central Party School of China, Chen Xi, stated that belief in the supernatural flourishes at the lower and higher levels of the party, which is a betrayal of the teachings of Karl Marx and Vladimir Lenin. And this is a direct road to belief in Western values ​​and a threat to the existence of the party.

Superstition and Corruption. Chinese newspapers never tire of repeating that communism begins with atheism, and that superstition only pollutes the brain. Professor Cheng Ping said most superstitious officials are bribes and thieves. Anti-corruption activist Duan Xiaowen adds that feng shui officials are not interested in helping people, they only think about promotion and personal gain.

It is significant that many high-profile trials against officials in China are associated with superstition. For example, the ex-Minister of Railways of China, Liu Zhijun, in addition to corruption, was accused of superstition. Former Minister of Public Security of the PRC, Zhou Yongkang – in revealing state secrets to the forecaster of the future and the doctor. An official from Gansu Province spent 5 million yuan to transfer a 370-ton block of stone to a place advised by a feng shui expert. For the desire to “protect the city from negative energy,” the official was fired and expelled from the party. 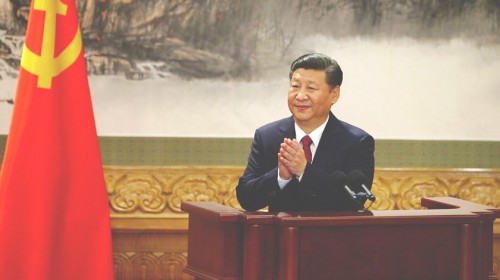 The ruling party intends to help people establish the right worldview and with the help of science to deal with birth, aging, disease and death. They decided to start with party workers. In 2016, new rules for communists entered into force. Belief in the supernatural is now considered a violation of party discipline, for which expelled from the party. In order to “save” the minds of ordinary citizens, films with ghosts, spirits and zombies were banned in China .

According to a 2015 WIN / Gallup poll, 61% of China’s population is atheist. This is the highest rate in the world. At the same time, the country has not yet been able to completely get rid of religion, despite strict restrictions. Chinese churches are separated from their world organizations, religious meetings are held in places registered with the authorities, theology must take into account the socialist path of development, special services monitor parishioners, and priests regularly transmit their sermons to censors for examination. Since 2018, fines have been raised for unauthorized church events. By the way, only ethnic Chinese can preach.

Despite the bans, the craving for superstition and religion is growing in China. According to Yang Johnson , winner of the Pulitzer Prize, author of The Souls of China: The Return of Religion after Mao, the country is currently experiencing a religious boom, and the actual number of believers is much higher than the statistics show. Sociology professor at Purdue University in the United States, Yang Fangang, predicts that more Christians will live in China in one generation than in the most “Christian” countries in the world. Perhaps the Communist Party will have to establish cooperation with world religions.

In this article:China Superstition, Supernatural