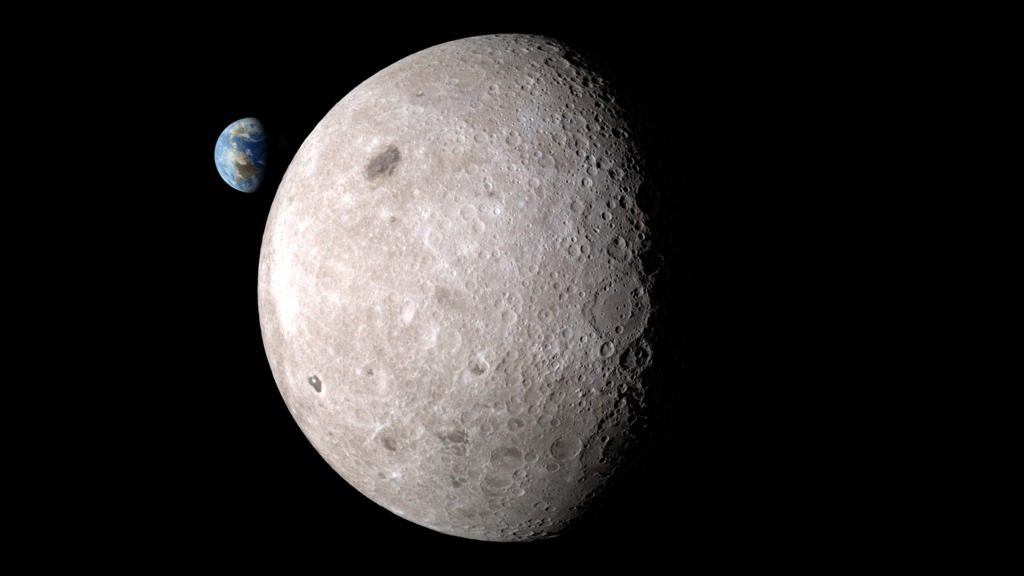 Will there be any unexpected surprises? Might they find evidence of alien visitors on the far side…

China’s latest space mission will, for the first time, see a spacecraft attempt to land on the Moon’s far side.

Known as Chang’e-4, the mission will attempt to unravel some of the mysteries of this relatively unexplored region of the lunar surface which remains facing permanently away from the Earth.

It will launch on December 8th and land at a predetermined site sometime early next year. To maintain communications with Earth, a satellite will be used to relay data and messages back and forth.

According to reports, the lander will be carrying a payload of seeds and silkworm eggs inside a ‘lunar mini biosphere.’ If the eggs actually manage to hatch, then they will produce the first living creatures from Earth to have ever been born on another world.

The mission will also attempt to carry out a low-frequency radio-astronomical study – an intriguing prospect as the far side of the Moon is sheltered from interference from Earth’s ionosphere.

Meanwhile, an accompanying rover will conduct a mineralogical and topographical study of the area around the landing site while taking photographs as it goes.

The mission’s target will be the Von Karman Crater within the Moon’s South Pole-Aitken basin.

It will certainly be interesting to see what it finds there.

In this article:China, Moon’s far side