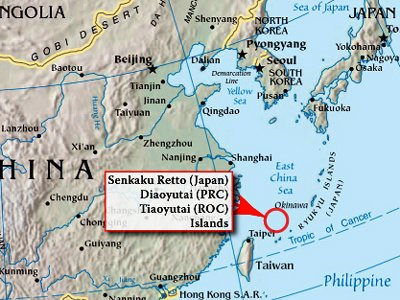 Are we approaching the start of World War 3 in a way that was once though unimaginable? China has warned its’ citizens to “prepare for the worst” as tensions in the region escalate dramatically. Where will these ‘war games’ lead? Let’s all hope that this does not grow beyond the current proportions being seen now. From the Business Insider.:

After repeatedly flying surveillance aircraft into disputed airspace with Japan, and Tokyo scrambling F-15s in response, China’s now sending fighters of its own on “routine flights” into the East China Sea.

Responding to China’s fighter deployment, Japan is considering permitting its F-15 pilots to fire tracer bullets, as warning shots, against Chinese planes. China’s state-run Global Times calls this, “a step closer to war,” warning a military clash is “more likely” while its people need to prepare “for the worst.”

Though it’s a formal agreement to aid Japan if it comes under attack, there are few who believe the U.S. would risk a full-blown war with China over a few uninhabited islands, regardless of how much oil and gas lay beneath them.

That may, or may not be, a reassuring thought as it doesn’t look like the situation will de-escalate any time soon — and China has immense assets almost within the area itself — looking very well-equipped to enter an actual fight.