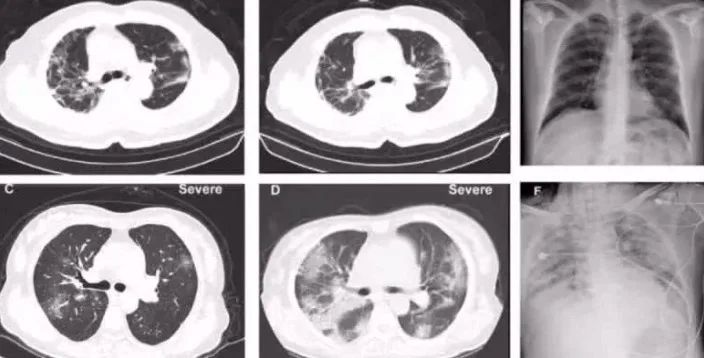 Chinese doctors released an autopsy report on an 85-year-old resident of Wuhan who was hospitalized with a heart attack on January 1, a week later he developed the first symptoms of Covid-19, and was diagnosed on day 14. The man died on January 28, according to the conclusion, the cause of death was “pneumonia caused by a new type of coronavirus, respiratory failure.” This was reported by the South China Morning Post with reference to the scientific journal Journal of Forensic Medicine (Volume 36, Issue One).

The autopsy was supervised by a professor of forensic medicine at Tongji University Liu Liang, a pathologist with 30 years of experience. He previously noted that SARS-CoV-2 affects the lungs rather than the trachea. However, why this is so, without an autopsy, doctors could not find out. The first published report states that the inflammatory lesions in an elderly resident of Wuhan focused on the lungs, there were alveolar injuries. As the doctors suggested, the pathological signs of SARS-CoV-2 are similar to SARS SARS and the Middle East Respiratory Syndrome (MERS), they all really belong to the same virus family.

At the same time, pulmonary fibrosis (the process of scar tissue formation, which leads to respiratory system disorders) turned out to be not as serious as that of SARS, but exudative inflammation (when fluid is released into the tissue or cavity of the body from small blood vessels during inflammation) in a deceased patient with Covid- 19 was more pronounced. Significant adhesion of the right lung to the pleura suggests that this particular case was complicated by infectious pleurisy. As for the damage to other organs — the spleen, kidneys, intestines, and brain — further studies are required for this, since the patient was elderly and had many diseases and suffered several cerebral infarctions. The results of the autopsy of other coronavirus deaths have not yet been reported.

The fact that the doctors started an autopsy of the first two patients with Covid-19 was announced on February 16. After that, the results of the procedure were passed for examination. As experts noted, the study of the pathology of the new coronavirus is extremely important for studying the mechanisms of the disease, its pathogenesis and mortality, as well as for treating other patients.

“We do not know where the “enemy” is located, what “weapons” it uses to attack and by what methods we can effectively curb his power. <…> Pathological work is similar to “intelligence”. Due to pathological anatomy and subsequent studies, the spread of the virus in the human body can be observed under a microscope. It will be possible to understand which organs, tissues and cells have suffered the most, what is the weakness of the “enemy”. <…> CT scan showed the appearance of frosted glass symptoms in the lungs of patients. We need to find out what causes this symptom, is there pulmonary edema? Bleeding? Infection? Fibrosis? What about neutrophils, monocytes or lymphocytes? If this is not clear, the treatment will be blind. <…> Pathological studies also focus on transmission. For example, if it is a fecal-oral transmission, then where is the virus? In the gut? If oral, is it the esophagus, stomach, duodenum or colon? The treatment for each patient can be completely different,” Liu Liang explained.

When asked by journalists about why they decided to start autopsy almost a month after the epidemic began and more than a month after the death of the first patient (January 9), the physician replied that bureaucracy and red tape were to blame. According to the professor, he repeatedly called for an autopsy of the dead from SARS-CoV-2, and sent a statement about this to the authorities in Hubei Province.

“On January 24, we wrote an emergency report to the government of Hubei, emphasizing the importance and possibility of an autopsy. On the twenty-ninth day we received an answer meaning that we could proceed, but it was not transmitted as a document. Later we contacted various hospitals, and all their doctors said that everything was fine, but the hospital should ask for instructions, reports, documents and permits, ”said Liu Liang.

As of February 28, 2,867 people have already died from coronavirus disease in 2019. Almost 84 thousand patients are infected. The disease spread to 48 countries and almost all continents except Antarctica.