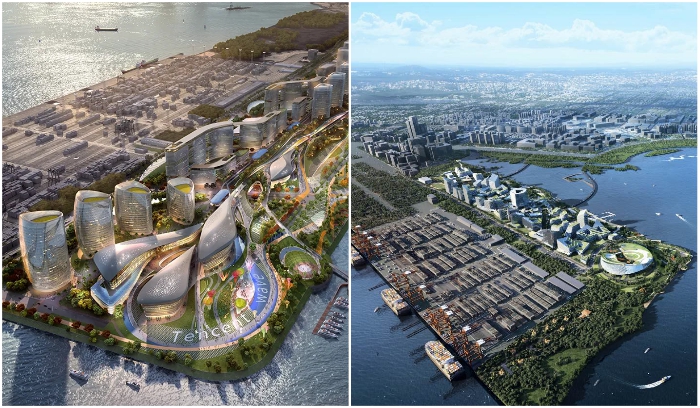 China’s largest telecommunications company plans to build a futuristic smart city in the suburbs of Shenzhen, in the near future, which will be free of road transport. During the construction of the “Net City” they will adhere to the principles and norms of “green architecture”, which will contribute to the preservation of the environment not only in this part of the metropolis. As the organizers of this ecologically safe area promise, it will not become an isolated island only for the elite. 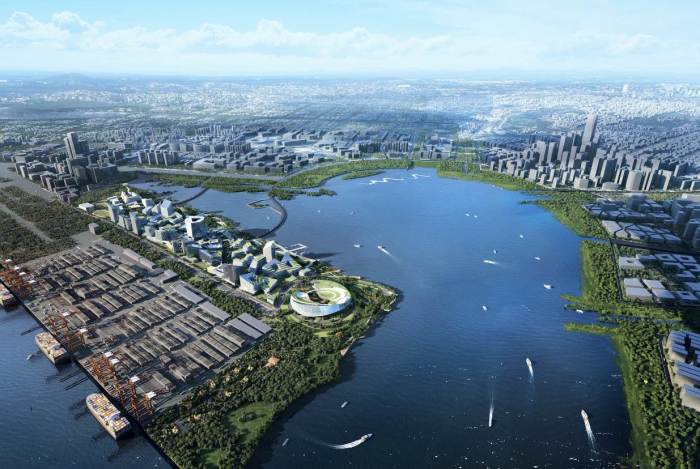 Net City will be built on a reclaimed land plot along Dachan Bay in Shenzhen, China. | Photo: eyeshenzhen.com/ © NBBJ.

Internet giant Tencent has revealed plans to build a new sustainable futuristic city in the Chinese metropolis of Shenzhen. Soon, a unique “smart” city will appear in the south of China, which will become a dream come true not only for the leaders of the country’s largest telecommunications company, but also for the majority of the world’s inhabitants. According to the concept that has appeared, the city will combine the latest achievements of high technologies, education, environmental safety, complete energy self-sufficiency and an ideally comfortable urban environment. 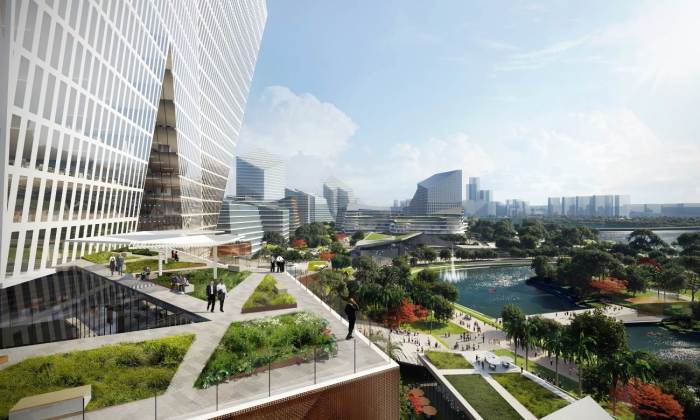 This event was preceded by a competition for the creation of the best innovative project of the city of the future, which will be able to leave a minimum carbon footprint and at the same time will be as comfortable as possible for people to live. In 2019, the American company NBBJ, known for its non-standard solutions, won the competition. As the project leaders admit:

“We spent a lot of time trying to make the city as less vulnerable as possible and move away from the use of road transport as much as possible, focusing on creating a comfortable life for citizens.” 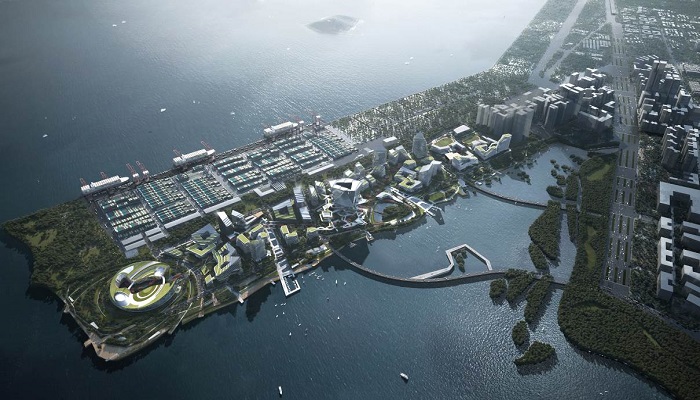 The conglomerate Tencent bought an unusable piece of land in Dachan Bay for $ 1.2 billion to build its city. | Photo: eyeshenzhen.com/ © NBBJ.

“Net City” is the name given to the project, which will occupy an area of ​​2 sq. km at the mouth of the Pearl River, on lands that for many years were unsuitable for life or the development of agricultural land. Before the start of construction, large-scale reclamation measures will be carried out on this territory so that the allocated area is suitable for the construction and placement of the urban environment. According to the developers, the master plan gives priority to pedestrians with the most limited access to traditional types of vehicles. 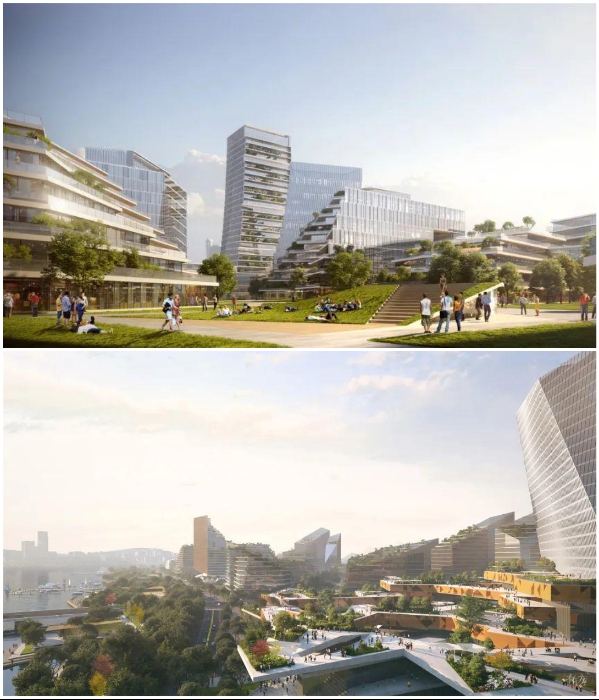 Dozens of buildings from one to 30 storeys high will be designed by various architectural firms (“Net City” concept). | Photo: interestingengineering.com/ © NBBJ.

Interesting fact: Despite the seeming diminutiveness, the area of ​​the “smart” city will correspond to the size of the tiny state of Monaco. It is planned that at least 80 thousand people will be able to live in this paradise. And if we compare it with the same dwarf country, then in the “Net City” there will be 2 times more inhabitants. 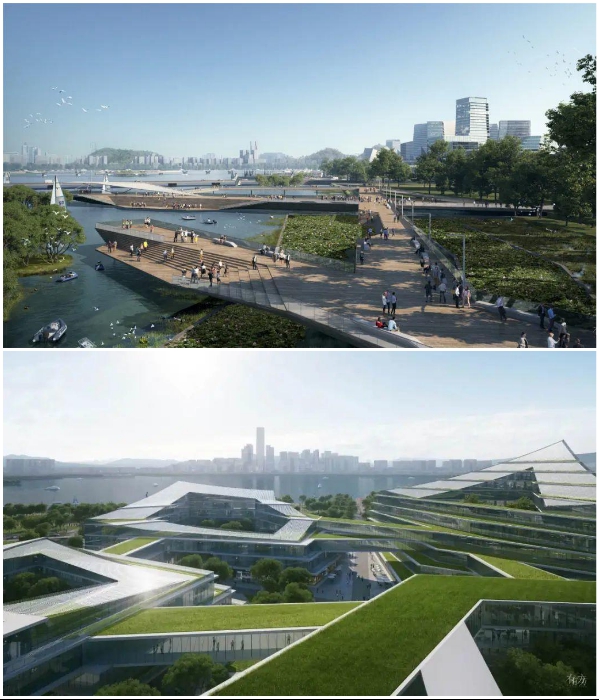 Green areas will decorate not only city squares, but also roofs and even walls of houses (“Net City” concept). | Photo: interestingengineering.com/ © NBBJ.

Despite loud statements about the rejection of the use of vehicles, some areas of the city in the city will have transport arteries that will connect with the metropolis and allow you to move between distant points. Only for organizing the traffic of buses, bicycles and individual vehicles a single “green corridor” will be created around which the main residential areas, business center and recreation areas will be located. 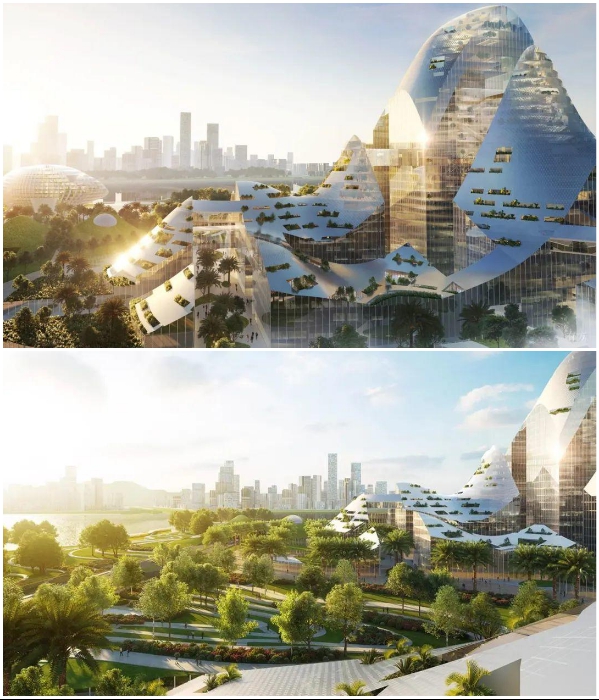 The authors of the project report that most of the territory is given for the organization of parks, common recreation areas, but they plan to place numerous green areas on the roofs of buildings. Naturally, it will not do without the construction of a business center, educational institutions, residential areas, entertainment and recreation areas for citizens. 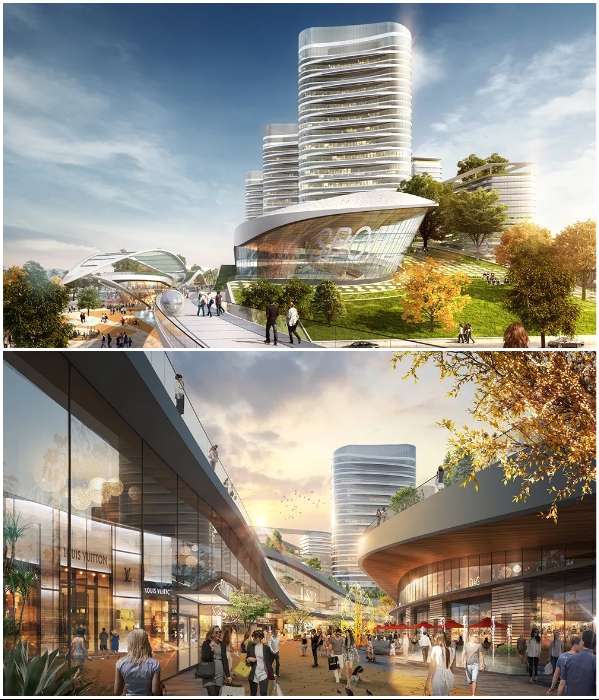 In “Net City” pedestrians will be a priority, and separate zones will be allocated for vehicles (concept “Net City”). | Photo: archiposition.com/ © NBBJ.

Despite the fact that the creation of this “smart” city was conceived as a place of work, residence and social interaction of employees of the conglomeration Tencent, the developers hope that it will become a vital hub for all of Shenzhen. Moreover, all the conditions have been created for the maximum integration of the new community into the urban environment of the metropolis. An unusual town, created on previously unsuitable for life and construction lands, will be connected to the main part of Shenzhen by road bridges, ferries and subway lines. 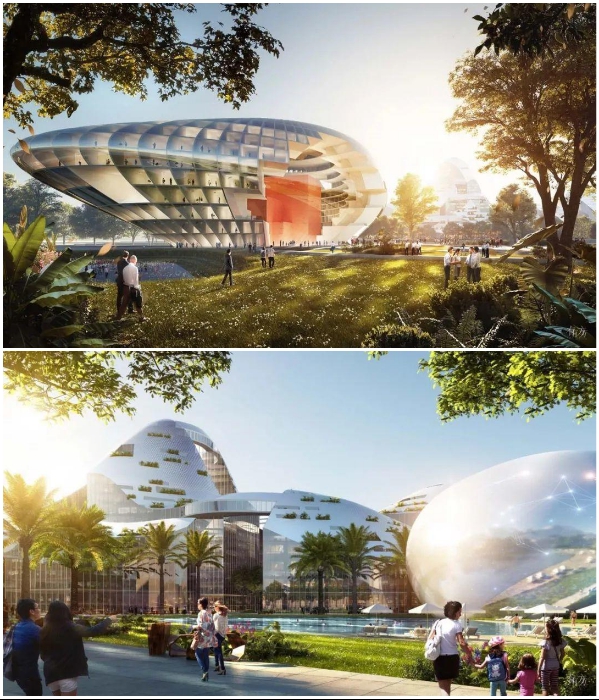 Given the changeable climate of the bay, the development team views the region as an organic ecosystem. Its clever design will transform it into a self-sufficient place to generate its own energy, recycle and reuse waste, produce its own food, and, ultimately, into a natural city-wide intelligent system with flexible interconnections. Such an ecological and innovative focus will have a beneficial effect not only on the preservation of the environment, but also significantly reduce the cost of maintaining all urban systems. 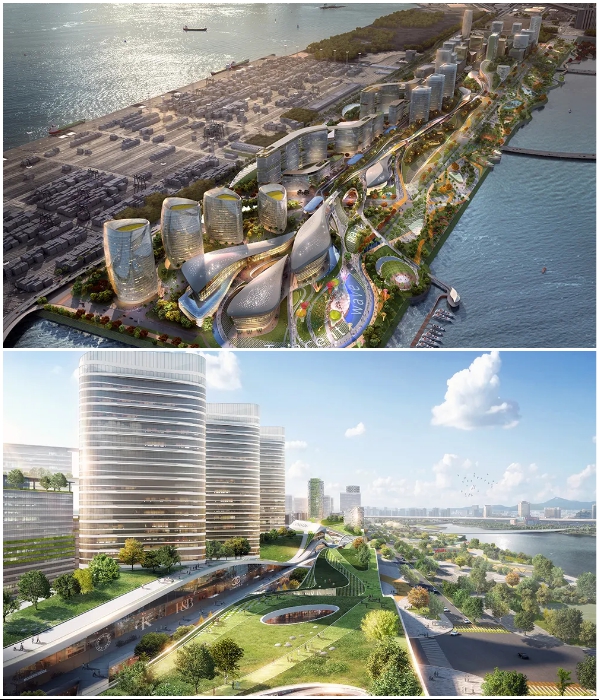 The main decoration of the city will be the “Catch the Wave” park located along the coast of the bay (“Net City” concept). | Photo: archiposition.com/ © NBBJ.

In this unique project, a special place was given to the embankment, which is a wavy green area in the form of a huge park. It is he who will be the connecting link between other areas of the metropolis and will become the central object of the city of the future. Along the entire length of the winding coast of the bay, tourists and locals can stroll and admire the opening views of the bay itself and the twinkling lights of the metropolis. At the same time, you can enjoy the fresh air and socializing.

Vacationers will especially appreciate the abundance of vegetation that can be observed throughout the entire length of this park and the entire city. Moreover, not only ground space will smell sweet, green roofs and vertical gardens on the walls of multi-level buildings will subtly fit into public spaces. And most importantly, the functions of the park space will be divided according to the goals of creating life, learning, interacting and working. At the southern tip, for example, are office buildings, to the east are commercial, entertainment and public spaces, and to the west and north are office properties mixed with residential high-rise buildings. 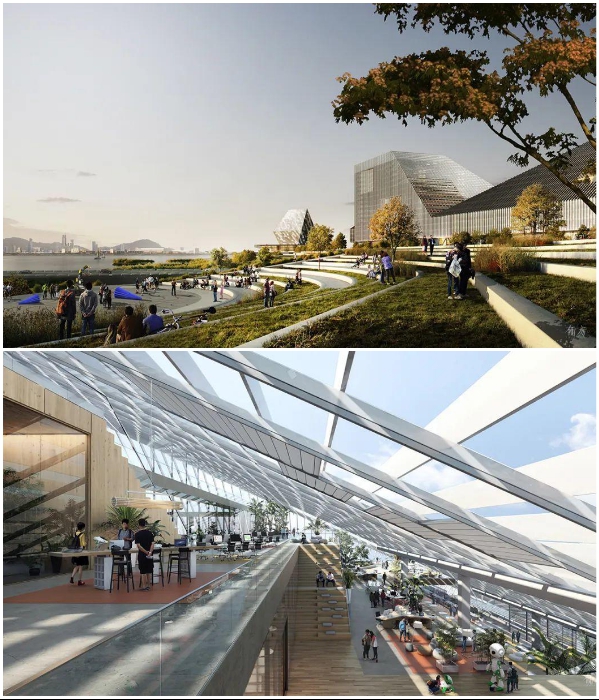 Walking areas near offices in the business district will encourage employees to have a balanced work and leisure time (Net City concept). | Photo: archiposition.com/ © NBBJ.

In general, the urban area promises to be ultra-modern and absolutely comfortable for people to live in.

“In today’s computerized world, we can build a city where work, life and play are closely intertwined and synergize with interactions between people.”– said Jonathan Ward, design partner at NBBJ. 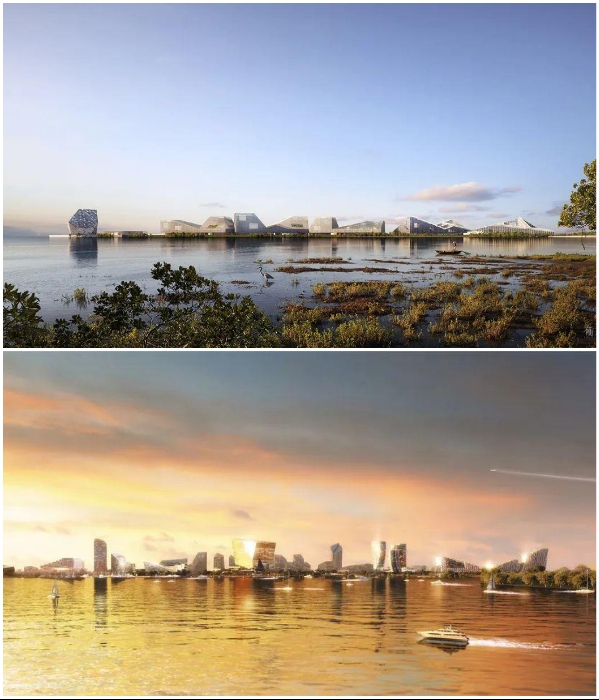 Reference: Preparatory work for the creation of the future city will begin by the end of 2020, but the first residents will appear in it no earlier than in 7 years.

In this article:China, Clean City