The planet is threatened by a new deadly virus that has appeared in China which has confirmed that the new and mysterious «coronavirus» virus can transmit from human to human.

So far, 200 people in China, in addition to Japan, Thailand and South Korea have been infected with the new strain of virus. Now, it is confirmed that it can be transmitted from person to person, causing a faster spread.

It is a respiratory virus, possibly a new coronavirus, called 2019-nCoV, as first reported in the city of Wuhan in December 2019.

The new virus is related to MERS and SARS, and to the common cold and pneumonia. In recent days, the number of infected people has increased and now three people have died.

Coronavirus: transmission from human to human

This Monday, the director of State Key Laboratory of Respiratory DiseaseZhong Nanshan said that there are also 14 medical staff members who were infected by the virus, after having contact with carriers.

Zhong said in a statement to South China Morning Post:

According to initial reports, approximately 224 people were infected, however statistical analyzes reveal that the actual number of people affected both inside and outside China could be 11 times higher.

Now, Reuters inform that China has confirmed 291 cases of the new type of coronavirus.

The new coronavirus is a mysterious disease similar to SARS, which has spread throughout China and three other Asian countries since it first appeared in Wuhan.

China launched an alert to the World Health Organization (WHO) on December 31, 2019, in view of the various cases of pneumonia presented in the city of Wuhan.

The WHO announced on January 9 that the outbreak was caused by a previously unknown type of coronavirus. It was reported that the virus is related to the common cold and SARS.

On January 11, Chinese authorities reported the death of the first person due to the virus.

January 13 report that the virus spread outside of China, precisely in Thailand, according to WHO. The victim was a woman from China who was returning from a trip to Wuhan.

On January 20, a third death is reported due to the disease, in addition to the confirmation of contagion from person to person, which before was only believed a possibility.

Now in a new report, the number of deaths caused by the outbreak of the new type of coronavirus has increased to 6 in the Chinese city of Wuhan, according to its mayor, Zhou Xianwang.

The authorities are now in alert due to the proximity of the Chinese New Year celebrations on January 25, when hundreds of millions of Chinese are likely to travel within the country. 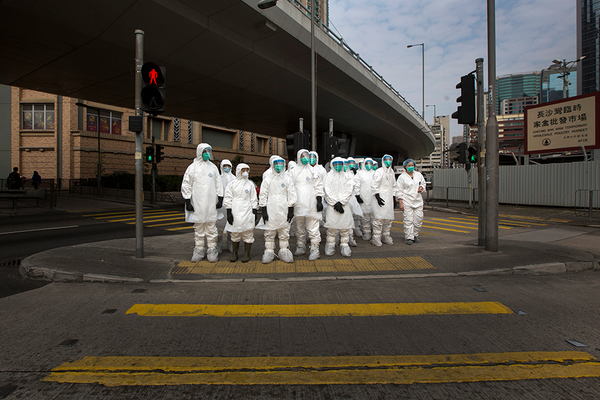 In connection with the proliferation of coronavirus, President Xi Jinping of China ordered decisive efforts to contain it. He emphasized that safety and health should be at the forefront. At the same time, increased attention should be paid to prevention, it is important and timely to publish all new information, the Chinese leader said.

Beijing also warned : officials should not forget about the painful lessons of the past and hide data on the disease. “Any person who puts the interests of politicians above the interests of the people will become a sinner of the millennium for the party and people. Anyone who deliberately delays [publicity] and hides reports of [virus] cases out of personal interests will be nailed to a pillar of shame for eternity, ”the statement of the Central Commission of the Chinese Communist Party on Political and Legal Issues said.

Earlier in China, outbreaks of SARS were recorded several times. The last serious epidemic occurred in 2002-2003, SARS coronavirus became its causative agent, and bats were a probable source of spread. The Chinese authorities initially concealed reports of an outbreak of a new infection, but it quickly spread to Hong Kong and Vietnam, and then to other countries and continents.

As a result, only in China during the epidemic, 350 people died with 5 thousand cases. In general, almost 8.5 thousand people became ill in the world then, more than 800 died.

During the SARS epidemic in China, the tourism and transport sectors, as well as retail, were severely affected: people chose to stay home so they wouldn’t get sick. As a result, domestic consumption, real estate prices and financial markets plummeted. According to estimates, what happened, reduced GDP growth in 2003 by 0.8 percent.

With the onset of the current epidemic, some Chinese companies have announced the return of money to those who wish to cancel their reservations for holidays in Wuhan. At the same time, the value of shares of companies associated with the tourism sector began to decline, and investors began to sell shares of manufacturers of alcoholic beverages. According to Chen Shi, fund manager for Shanghai Jade Stone Investment Management, the spread of the virus can indeed lead to people changing their vacation plans. “At the moment, it’s not easy to calculate how negative the consequences will be. Investors tend to react too sharply, ”he added.

Whatever the consequences, one thing is clear: China remains the epicenter of the emergence of new dangerous infections even 60 years after the Asian flu pandemic (claimed the lives of two million people) and almost two decades after the SARS epidemic. Yes, the country has established control over the sale of exotic animals and infectious diseases have been successfully identified. However, traditional markets where you can buy almost anything from birds to snakes remain popular and potentially pose a serious threat.

Now, both the authorities in China and the World Health Organization (WHO) are monitoring the development of the situation to prevent further spread of the virus. However, experts cannot anticipate how a larger-scale epidemic could occur, because it is too early to know.

Advertisement. Scroll to continue reading.
In this article:2019-nCo, coronavirus China

The coronavirus pandemic not only brought down the global economy , but also stimulated some high-tech industries – 5G mobile networks , robotics , cloud data systems and artificial intelligence. Some...

After the PRC government quarantined a whole city with a population of 11 million people, the world was panicked about this “new Chinese virus”:...