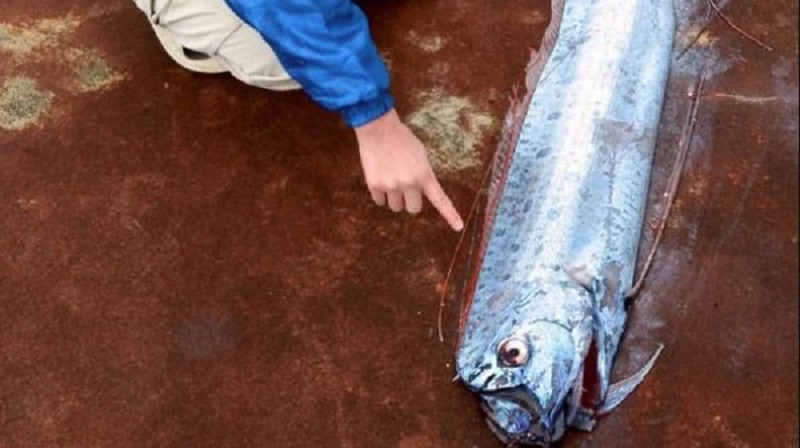 When the fishermen pulled the huge ghostly fish called the “king oarfish” out of their boat in the port of Arica, Chile the passers by on the pier made the sign of the cross as well as some movements they use to ward off evil and walked away.

It is a fish that legends in Chile say that when it appears, disasters are foreshadowed. Of course, it is a rare fish that lives at a distance of a thousand meters, never bothers people and feeds only on plankton.

The video of the fishermen hoisting the fish onto the pier with a crane was uploaded on TikTok and in just a few hours, it exceeded 10 million views.

Most of the commenters were Chilean while some mentioned that it is a “disaster fish”. Someone wrote:

“These fish live in the depths of the ocean, they only come to the surface when the tectonic plates move. There will soon be a great earthquake.”

In a conversation with Ciudadano ADN, Cristobal Munoz, director of the Geoscience Network of Chile, spoke about the features of this sea creature and commented on the myth of the alleged prediction of earthquakes and other disasters.

Muñoz commented on the event:

“Its appearance here in Chile is quite rare.” According to him, this is not a characteristic species for Ariki, since this fish is usually found in deep waters.

“When there are storms, there are usually quite strong sea currents, the same ones that create waves. This fish cannot resist these currents, it loses its sense of orientation and rises to the surface, where the currents are not as strong as at depth,” Munoz continued.

In addition to being a “bad omen” fish, local legends say that anyone who catches it is cursed.

But they don’t say it only in Chile. In the ancient culture of Japan, the presence of king oarfish on coastal surfaces is associated with the occurrence of disasters such as earthquakes, storms and tsunamis.

From December 2009 to March 2010, unusual oarfish numbers, also known in Japanese folklore as the “messengers from the sea god’s palace,” appeared in the water on the Japanese beaches.

A few months later – in 2011 – the Fukushima earthquake and tsunami occurred, in which more than 20,000 people died. Naturally, the myths about the “oarfish” grew.

Regarding this belief, Cristobal Muñoz pointed out that there were overlaps in different countries after the appearance of this species. “On June 11, a herring ship is observed in Mexico, and ten days later, coincidentally, an earthquake of magnitude 7.5 occurs,” the scientist explained. In addition, he spoke about a similar event in Alaska.

He added: “Remember that these areas are in a ring of fire, so they are prone to earthquakes.” As a result, the scientist concluded that “scientific data have shown that earthquakes cannot yet be predicted.”

As various folklorists and scholars of seafaring legends say, oarfish are responsible for many stories. Formerly when they saw them on the surface (for the reasons we have mentioned), and in the midst of rough seas, sailors thought they were giant sea serpents or even dragons.

These fish only come to the surface if they are sick, only during their breeding season and only when they sense that they are going to die.

One fish is, of course, not an invasion, but its length attracts attention – 16 feet or 5 meters, despite the fact that with a length of 3 meters, oarfish are already included in reference books and the Guinness Book of Records. And this means that the creature has risen from some intercontinental depths, where something strange and incomprehensible is happening:

An M7.0 and M5.0 +, which occurred immediately after the catch, could hardly have frightened off the oar king, rather they were harbingers of something more – as well as a synchronous very powerful swarm in the Mariana Trench, on the other side of the Pacific Plate:

There are also prophecies, which chronologically connect some kind of epic earthquake in California and the beginning of the war in the Baltic states.

In general, something is clearly being prepared in the Pacific Ocean and it may crack open there soon.

In this article:earthquakes in Chile, king oarfish 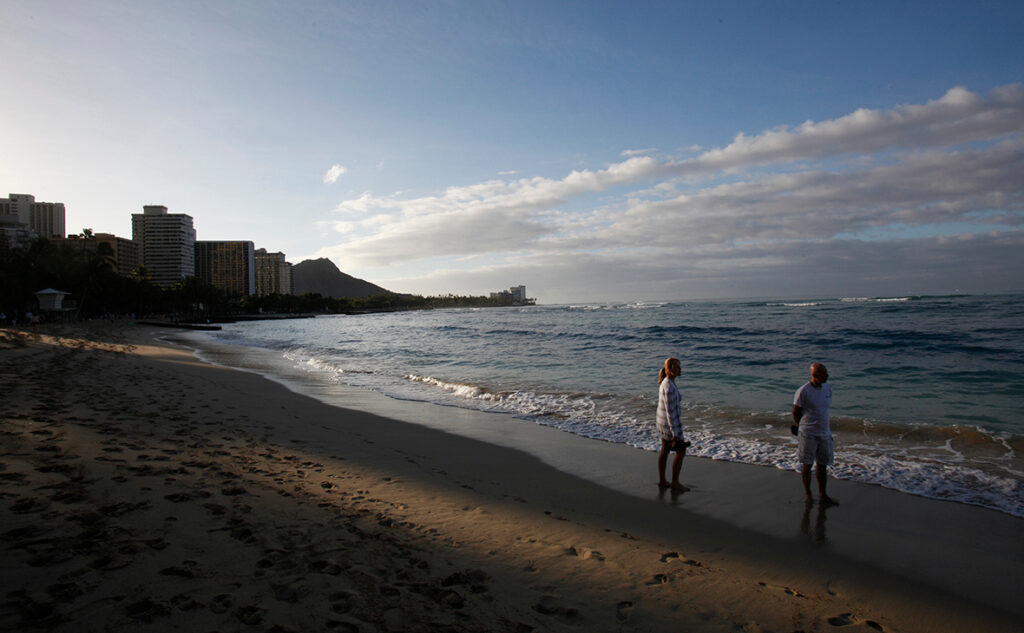 Synchronous earthquakes in Chile as a sign of impending disaster