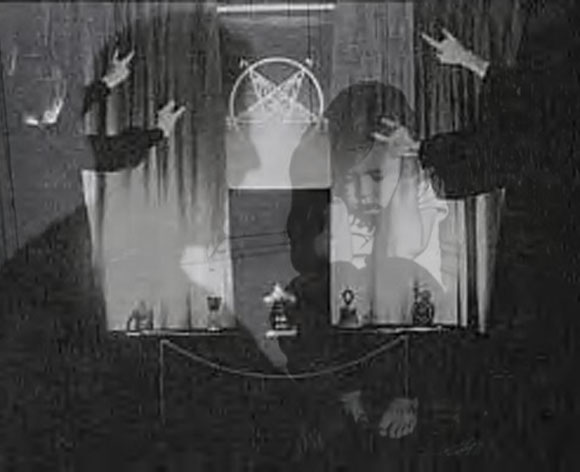 One of the most difficult things to convey to people who are relatively new to information that appears in the so-called alternative media is just how diabolical the controlling elite really are.

People can seem to accept that the world is run by a bunch of ruthless bankers, or perhaps they realize that presidents and national leaders are puppets to corporate interests, or perhaps they even have come to grips with the fact that “The Elite” are willing to destroy nations and people to consolidate power and form a one-world government.  Poison the planet with depleted uranium? Yes. Poison the food supply with GMO’s? Definitely.

But one topic that has been routinely shrugged off as manifestly impossible is that those at the very top of the pyramid, including well-known politicians and public figures, have engaged consistently — and on a widespread basis — in the organized sale, rape, torture and murder of children. Frankly, we had a hard time fully believing it ourselves until recently. But the evidence has become so overwhelming that we must have the courage to look into the very worst cesspit; one which better belongs in paintings of Hell’s torments, not on the evening news.

According to Missingkids.com, 800,000 children under the age of 18 go missing each year globally — 2,185 per day. Their hotline received an average of 580 calls per day to this point in the last quarter of 2012 — 3.5 million calls since the organization’s inception in 1984. It is clearly an epidemic of staggering proportions.

When Fritz Springmeier and David Icke began talking 20 years ago about organized pedophile rings and mind-controlled sex slaves (often with overtly Satanic themes) within the highest levels of society, most readers met them with serious doubt or outright dismissal. We would be very unwise to dismiss their research now.

The Jimmy Savile scandal has taken center stage in bringing these revelations to a wider audience, as it is embedded within Britain’s BBC corporate media itself where they were forced to lamely issue an apology that the original Newsnight investigation into numerous claims of sex acts with children was dropped, all the while insisting that “there was not enough evidence to say whether sexual abuse or harassment at the corporation was ‘endemic’”.

David Icke certainly has a different take on it. According to Icke, Savile “was the child-supplying fixer for the rich and famous in politics, entertainment and royalty” and can be linked to a massive child abuse scandal in North Wales. (Source)  Icke’s 1998 book The Biggest Secret details a seemingly unbelievable number of prominent U.S. and UK political leaders who centrally figure into these scandals. Icke details how Savile is indicative not of a single evil person using their position of  power to destroy innocence, but is indicative of an entire lifestyle embraced within the top echelons of society.

Savile’s close connections to the royal family cannot be denied, and even skeptics have to wonder how people in the highest positions could not have at least known and covered up the details of what was taking place.

Savile himself would boast about his connections to the royals and it was publicly acknowledged that he was a regular visitor to Buckingham Palace, Kensington Palace (where Princess Diana lived after her marriage ended with Prince Charles), and Highgrove (the country estate of Prince Charles).

Savile told Esquire: ‘The thing about me is I get things done and I work deep cover. I’ve known the Royal Family for a million years.’ (Source)

As Icke highlights, one of Savile’s own nephews, Guy Mardsen, is now discussing what happened at Savile’s “paedophile parties” with many children coming from orphanages or children’s homes.

To those who still think Icke might be crazy to suggest something much larger, The Telegraph just released statements from the former policeman who exposed Savile. He says that Savile “engineered” his show specifically as a vehicle to gain access to children.

I believe he engineered his programmes within the BBC and Radio Luxembourg in order to gain access to children.

The classic examples are Top Of The Pops, Savile’s Travels, Jim’ll Fix It – all of them gave him access to young children. That’s why there were so many victims. (Source)

At least 300, and many more inquires.

This is not the only scandal that large news outlets like the BBC have failed to cover. Sian Griffiths, a local council official in North Wales, collected details about allegations made between 1991 and 2000. The stacks of documents she reveals in the video below is beyond shocking, but nothing more so than the evidence of a coverup which followed the mention of high-profile figures who attended child sex parties. (Source)

The Jerry Sandusky case in America has every indication of, again, not being one demented predatory individual, but a systemic acceptance of a severely twisted lifestyle. As vile as he was shown to be, the fact that he could conduct his activities so openly over at least a 15-year period forces one to question how many others might have been involved. Some have speculated that his sexual acts with children dated back to the 1970s. Penalties were imposed on Sandusky and Penn State, but it was his connection with Second Mile (whose motto is “Providing Children With Help and Hope”) that becomes even more disturbing. A child prostitute later came forward to give the following account which implicates another school and shows the abuse to be much more widespread:

‘(Between) 1977-1980 I was a child prostitute associated with a tri-state (NYC-NJ-PA) pedophile ring. (During the) summer of 1979 I was brought to the State College area by Ed Savitz for the purpose of child prostitution with Jerry Sandusky at a Second Mile fundraiser,’ Bucceroni wrote in the email. ‘Due to time constraints, Sandusky became unavailable and I was introduced to Phil Foglietta by Ed Savitz & Jerry Sandusky. Foglietta was introduced to us as Coach Phil who coached youth football in NYC. Foglietta agreed to pay $200.00 for child sex and followed us back to a Philadelphia hotel, myself and another child prostitute then engaged coach Phil in child sex. (Source)

Here is a graphic showing only what was proved to have happened at Penn State.

The prime minister’s announcement of a judicial inquiry follows allegations last week by a police officer of a cover-up by the Catholic church into child sexual abuse in the Hunter region, north of Sydney.

‘I can testify from my own experience that the church covers up, silences victims, hinders police investigations, alerts offenders, destroys evidence and moves priests to protect the good name of the church,’ he wrote in an open letter to the New South Wales state premier, Barry O’Farrell.

Fox, a veteran of decades of investigations into child sexual abuse, said he had ‘irrefutable’ evidence of a cover-up involving a number of diocese bishops. ‘It potentially goes even higher than that,’ he told ABC television.  (Source)

This is on par with what we already know about institutional child abuse that has taken place within the Orwellian-named “Child Protective Services.” A range of studies have shown that at least 28% of children put into state care wound up being abused, with numbers much higher in certain states. And in Arizona alone, 500 of 4,000 children were sexually abused while in the care of the state. (Source and more studies here)

But one group really shows the scope of child sex slavery, abuse, and every vile activity imaginable: DynCorp. DynCorp is responsible for recruiting, training and deploying civilian peacekeepers and police trainers to 11 countries, including Haiti, Bosnia, Afghanistan, and Iraq, for the Department of State. (Source)

Whistleblowers, Ben Johnson and Kathryn Bolkovac, were both fired after attempting to stop DynCorp employees and supervisors engaging in sex acts with children. These children had been purposely kidnapped from other regions to serve as sex slaves. No one was formally prosecuted, even as more reports came out that DynCorp was part of a large network of child prostitution involving international aid workers.

More recently in Afghanistan it was revealed by a WikiLeaks cable that DynCorp threw “boy-play” parties for new Afghan police recruits. The exploits of DynCorp — funded by the U.S. taxpayer — is perhaps the supreme example of the predators stalking this planet. Here is Donald Rumsfeld stammering through an attempt to explain the continued governmental support for DynCorp.

An excellent two-part report “Children Under Attack,” about the systemic abuse and coverup, can be found here.

It seems that every rock overturned reveals worse and worse. The Jimmy Savile scandal has opened up a door into truly demonic realms. The overwhelming amount of testimony across the board paints a picture of widespread torture and rape of children that produces a cognitive dissonance in any normal human being.

The realization that there are individuals in suits, crowns, and uniforms who are literally blood-drinking psychopaths that would make notorious elites like Elizabeth Bathory and Vlad the Impaler blush, is almost too much for an innocent mind to comprehend. And, yet, it seems to be so vast in numbers that it would appear to be the norm rather than the exception of a just a few demented people — especially since the protection and cover-up for these groups is clearly vast as well.

We are programmed to fear the next Ted Bundy, or “lone nut” stalking our neighborhood, but we would do better to scrutinize more closely those to whom we pay our taxes and falsely look up to as protectors — they are stalking the planet … and they are doing it in packs. These are “people” who have no problem lying their country into war, bombing the innocent on a routine basis, and tanking economies on purpose. It is a matter of policy to starve entire populations into submission without a second thought. And apparently that’s the least of their crimes.

However, before we can council our children, as adults we need to grow up ourselves. It is not a type of awakening that should produce fear and paranoia, but rather an admission that we are much better, and more capable of directing the course of our lives and communities than those who have been officially charged with the task. We also must admit to ourselves that the strangers to whom we have acquiesced our power are being revealed as stranger than we ever could have imagined.