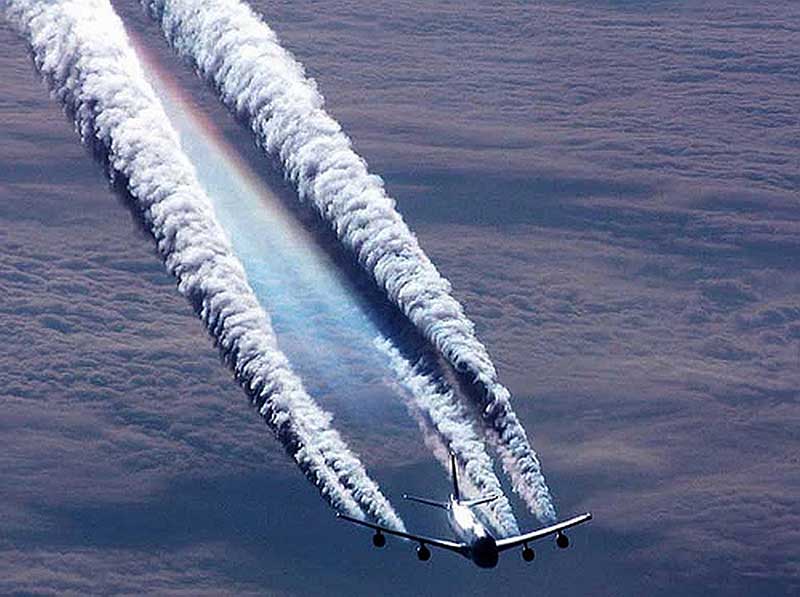 The Former premiere of British Columbia Bill Vander Zalm  is putting politicians on notice. He sent a letter across Canada to multiple politicians voicing his concerns over the chemtrail phenomenon. We are told that they are simply airplane engine condensation trails, but now it is clear these trails are different from what they used to be. Instead of dissipating quickly, they spread across the sky, expand and remain in the atmosphere for a very long period of time. Chemtrails are said to consist of tiny particles of harmful toxins like Aluminum and Barium, Vander Zalm claims there is a potential link to increased rates of Cancer, Alzheimer’s, Parkinson’s and more as a result of the spraying.

Bill is well aware that programs beyond the control of government is a reality. Governments are deliberately kept in the dark on projects conducted by defence intelligence agencies and many of these agencies hire private contractors and corporations to assist them. Because they hire private contractors, there is absolutely no oversight from congress. The CIA and NASA are now backing the National Academy of Sciences in regards to Geoengineering projects(0)(5). Geoengineering projects are any attempt to alter the way the planet or its weather systems operate. It’s a response to what has been labelled as ‘the global warming phenomenon.’ It is complete climate control  and the manipulation of it (1)(2)(3)(4). Geoengineering might soon be labelled under “national security,” in which case techniques and methods used will be kept classified without the public knowing what is transpiring.

Geoengineering has been a topic of interest for multiple universities across the planet. They’ve even started to develop specific programs for geoengineering, like Oxford University recently did(6). As mentioned earlier, the fact that the CIA is now involved means that all geoengineering techniques could be kept classified. This is a disturbing thought. One of the proposed techniques for combating global warming is spraying light reflecting aerosols into the atmosphere. Here are some words from the Former premiere, Bill Vander Zalm, who is extremely concerned about geoengineering projects taking place without the public knowing.

I believe it’s been going on for sometime, but to what extent and how much the government knows about it, I don’t know. Chemtrails are happening  all over the world, just exactly who’s engineering all of this I don’t know and that’s exactly what i’m trying to find out. Governments do things without asking, and we find out about it when it’s too late. If they don’t give me the information, then i’ll take it further. The Aluminium and Barium is very light, it stays in the air and they say it reflects the sunlight back into space, they say they are hoping to combat global warming with it. Unlike contrails, chemtrails spread and stay in the air for a very long time. What goes up comes down, if we inhale the stuff, perhaps that’s why we have so many problems with alzheimer’s, autism and MS. I have asked municipalities to pass a resolution that if there is any program geared toward climate change, and if anything is sprayed in the air it is done with public consent. Somebody needs to be out there speaking out about these things(7)

What is he hinting at? These are pretty alarming statements given the reputation of this man. Does he know more? I’m glad to see more and more people with a voice in the mainstream world speaking up.

From my research, I’ve personally concluded that temperature changes are a result of the natural cyclical nature of planet Earth. I do believe pollution is a great cause for concern, that it impacts health and damages our environment and it’s critical systems. However, I do not believe that it is connected to warming the planet. I believe that global warming is another “crises” manufactured in order to propose a solution that fits an agenda the “elite” have been playing out for years. The problem has been labelled as global warming, and the proposed solution is geoengineering.

Some corporations and elitist groups thrive of off planetary conflict. There has been a lot of evidence to suggest that many world events and causes for concern are created by the elite, so they can then propose the solution. One example (out of many) was 9/11, create a false flag “terrorist” attack in order to justify the invasion of Iraq and other middle eastern countries, even though they were not involved with anything having to do with 9/11. Could global warming be another problem proposed by elitist groups in order to propose the solution of geoengineering? Could this link to chemtrails? What is the real agenda behind chemtrails?

I highly recommend these two videos if you would like to look further into the phenomenon:

In this article:chemtrails, health, spraying