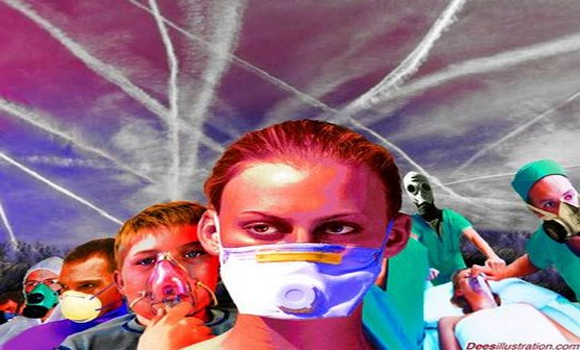 [youtube https://www.youtube.com/watch?v=UdtLTyNOB0A?version=3&rel=1&fs=1&showsearch=0&showinfo=1&iv_load_policy=1&wmode=transparent]You’re sick. Your nose is stuffy. Your body aches, You’re sweaty, coughing, sneezing and you don’t have enough energy to get out of bed.

Over the past 10 years, Horowitz has become America’s most controversial medical authority. A university-trained medical researcher, Horowitz, 48, charges that elements of the United States government are conspiring with major pharmaceutical companies to make large segments of the population sick.

The mainstream media is reporting that hospital emergency rooms are jammed with patients suffering from a bizarre upper respiratory infection that doesn’t quite seem like a virus. They are reporting that it’s a “mystery” flu and that the flu vaccines are ineffective against it.

“That’s all hogwash, bogus nonsense”, says Dr. Leonard Horowitz. “The fact of the matter is, we have seen this type of an epidemic since the end of 1998 and the beginning of 1999. People have been hacking and coughing with this bizarre illness that does not seem to follow any logical viral or bacterial onset and transition period.

If it was a really bacterial or a viral infection, it would have caused a fever but it didn’t. It lasts for weeks, if not months. Sinus congestion, sinus drainage, cough, fatigue, general malaise. People have been feeling “off”.

The Armed Forces Research Institute of Pathology has registered a patent for the pathogenic micoplasma that is causing the epidemic. You can see the patent report in the book, Healing Codes for the Biblical Apocalypse.

Micoplasma is not really a fungus, it’s not really a bacteria, it’s not really a virus. It has no cell wall. It goes deep into the cell nuclei thereby making it very difficult to mount an immune response against it. It’s a man-made biological weapon.The patent report explains how it causes chronic upper respiratory infections that are virtually identical to what’s going on right now.”

“I believe the chemtrails are responsible for a chemical intoxication of the public, which would then cause a general immune suppression, low grade to high grade, depending on exposure. The immune dysfunction allows people to become susceptible to opportunistic infections, such as this micoplasma and other opportunistic infections”, says Dr. Horowitz.

“I first began to investigate chemtrails when some were sprayed over my home in Northern Idaho. I took pictures of them, and then contacted the Environmental Protection Agency of the state who were clueless and referred me to the Air Force. They got me in touch with Centers for Disease Control Toxicology, and after about a week I received a letter from one of their chief toxicologists saying, indeed there was some amount of ethylene dibromide in the jet fuel.

Ethylene dibromide is a known human chemical carcinogen that was removed from unleaded gasoline because of its cancer-causing effects. Now suddenly it has appeared in the jet fuel that high-altitude military aircraft are emitting!”

Ethylene dibromide is coming out of the jet fuels that is causing immune suppression and weakening people’s immune system. Then you’ve got a micoplasma microbe or a fungus that causes an upper respiratory illness. Suddenly you develop a secondary bacterial infection. Now you get hit with ANTIBIOTICS, and the antibiotics cause your body chemistry to go acidic, so now you get rashes and other things, your liver gets full of toxins and comes out through your skin in rashes and they get hyperallergenic reactions associated with the other chemicals. I’ve got colleagues in the Bahamas, Bermuda, Toronto, British Columbia all reporting the same bizarre seeding of the atmosphere. What is going on is just despicable.

All of a sudden now you’ve got human beings completely out of balance and infected by two, three or four microbial co-factors as well as intoxicated by a variety of different chemicals… and you’ve got somebody who’s going to be chronically ill.

“The Frank Church Congressional Hearings of 1975 exposed the Central Intelligence Agency biological weapons contracting firms – Litton Bionetics and the Army Corp of Engineers who were developing and utilizing various biological weapons on populations. And this is all done under black operations, covert operations, where they get funding and congressional people are never informed really where this money is going. It’s the black budget”, says Horowitz.

“And in the contemporary warfare arena, where experts in biological chemical warfare convene and discuss the ways that are ideal to conduct warfare today, to really take an enemy out, you don’t want to kill the people. You want to produce people who are chronically ill and become dependant on the state and totally sap the resources of the country. And then you can move in with your military-medical-industrial complex and your international medical-pharmaceutical cartel. Then you sell these defeated countries all of the pharmaceuticals and chemicals that they need to maintain any semblance of healthy function.

When you examine who owns the chemtrail fuel, who are the fuel company directors, suddenly you enter into the realm of the Rockefeller family and the royal families – Standard Oil and British Petroleum. And what are their other agendas? Suddenly now you see their documents, showing that they have funded, historically, eugenics, racial hygiene, genocide, depopulation, family planning, maternal and child health – where they make and deliver vaccines, and contaminated blood supplies. These are the banksters, the same people who run the blood banking as well as the money banking industries”, says Dr. Horowitz.

“I reference a great book by Dr. John Coleman, who worked as a British Secret Service agent at the highest levels. And he articulated very clearly who was running those companies. It all goes back, ultimately, to the highest level of the royal family. The Bush family, Rothschild family, the Rockefeller money, and the entire Rockefeller establishment is based on Rothschild money and royal families.

The ruling crime families are making vast fortunes off of humanity’s suffering. The Rockefellers monopolized American medicine in the 1920s. They, along with I.G. Farben, Germany’s leading industrial organization, held the monopoly on the world’s chemical and pharmaceutical industries.

Who else is involved? The Merck Pharmaceutical Company. Their president, George W. Merck, was America’s biological weapons industry director during World War II. He was personally appointed by President Roosevelt and Secretary of War Stimson.

99.99 percent of Masons have no clue what they’re really up to at the highest levels. they give you increased knowledge at every higher degree of Freemasonry. When you get beyond the 33rd degree, you get the highest indoctrination into what’s called the Ancient Arcana, the ancient sacred knowledge described in the book Healing Codes of the Biblical Apocalypse. That’s where the devil-doers who are running this planet are nesting.

WHO ARE THEY TARGETING?

Who are they targeting for genocide? If there’s an attempt underway to reduce the population of the planet, why isn’t it happening?

“Look at countries like those in Africa, Third World nations that have been heavily targeted with HIV/AIDS. And consider that 73 percent of HIV/AIDS patients in America today are Black or Hispanic. Statistically, 55 percent of gay men in America are already dead. Are you seeing depopulation specifically targeting minority groups now? Of course. It’s happening right now.

They don’t want to totally eliminate populations completely, just certain populations. And isn’t it, from their perspective, wonderful? They’ve got a covert depopulation agenda that nobody’s picked up on yet. It’s ideally what they want to produce.

It’s not just about the money. I think there’s a Satanic or evil ideology, because Nixon himself said, referring to the Rockefellers, – it’s not about money for these people, it’s about power.

The person who wins at the end of this World Monopoly Game gets to rearrange the board. And that’s precisely what we’ve seen in the last year. You’ve seen not the biggest fish eating the biggest fish in international commerce, you have seen the mega-whales eating the mega-whales in these mega-mergers. All these little companies that are producing your vitamins are a subsidiary of a major conglomerate. Today a Warner Lambert or Glaxo Wellcom, all of these huge, huge corporations own all the little fish. They buy them out. So, again, now the game board gets to be changed if they desire, and apparently that’s what they desire. That’s their agenda, you can see it.

At the Denver Airport, there’s a capstone, in the main terminal building dedicated to the New World Airport Commission by the Freemasons. And there’s a big colorful mural – that is dedicated to the extinct human species. And in the foreground, against the horrific backdrop of flames and destruction, there are three open coffins

Because we’ve all been fed Babylon’s harvest and eaten the toxic garbage that comes from Monsanto, Dow Chemical and Archer Daniel and all their genetically engineered foods and the chemicals and the fluorides and the chlorines, we need to detox. An easy detoxification program using fresh squeezed lemonade that you make with maple syrup and fresh squeezed lemons and cayenne pepper

To change your body’s chemistry, make it more alkaline. It’s only in the acid state that the growth of bacteria, viruses, fungus, molds, and cancer, cancer cells thrive. They cannot grow in an alkaline environment. What causes your body chemistry to go acidic and become a breeding ground for the bacterial and infectious agents? Caffeine, nicotine, sugar, refined carbohydrates, alcohol, pharmaceuticals including antibiotics, red meats, stress – are the main causes. Eliminate or reduce them as much as possible.

Squeeze lemon juice into water. Lemon has a lot of calcium in it and it turns to calcium hydroxide in drinking water. That’s alkalising. It raises the PH of that water from about 7 to about 8. Hot cayenne pepper is one of the most alkalising agents you can put in your body. It detoxifies and deacidifies all in one step.

Meditate. There’s mental, emotion, social, environmental and, above all, spiritual changes that people need to make to really prepare to withstand the plagues.

The Rockefeller-directed international banksters, blood banksters and medical monopolists have been busy suppressing your immune system. You want to raise your blood oxygen levels 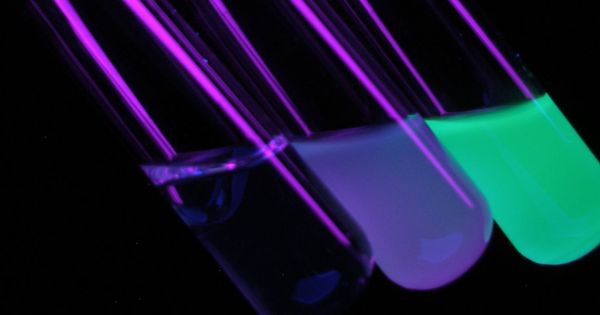 The flu has taken thousands of lives already this year and continues to tear through the United States. However, researchers have recently shown that...