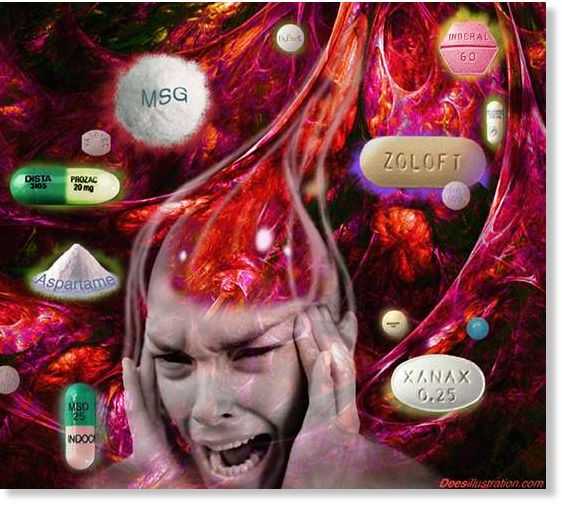 This one is big.

Dr. Ronald Pies, the editor-in-chief emeritus of the Psychiatric Times, laid the theory to rest in the July 11, 2011, issue of the Times with this staggering admission:

“In truth, the ‘chemical imbalance’ notion was always a kind of urban legend – never a theory seriously propounded by well-informed psychiatrists.”

The point is, for decades the whole basis of psychiatric drug research, drug prescription, and drug sales has been: “we’re correcting a chemical imbalance in the brain.”

The problem was, researchers had never established a normal baseline for chemical balance. So they were shooting in the dark. Worse, they were faking a theory. Pretending they knew something when they didn’t.

In his 2011 piece in Psychiatric Times, Dr. Pies tries to cover his colleagues in the psychiatric profession with this fatuous remark:

“In the past 30 years, I don’t believe I have ever heard a knowledgeable, well-trained psychiatrist make such a preposterous claim [about chemical imbalance in the brain], except perhaps to mock it…the ‘chemical imbalance’ image has been vigorously promoted by some pharmaceutical companies, often to the detriment of our patients’ understanding.”

Absurd. First of all, many psychiatrists have explained and do explain to their patients that the drugs are there to correct a chemical imbalance.

And second, if all well-trained psychiatrists have known, all along, that the chemical-imbalance theory is a fraud…

…since those drugs are developed on the false premise that they correct an imbalance?

Here’s what’s happening. The honchos of psychiatry are seeing the handwriting on the wall. Their game has been exposed. They’re taking heavy flack on many fronts.

The chemical imbalance theory is a fake. There are no defining physical tests for any of the 300 so-called mental disorders. All diagnoses are based on arbitrary clusters or menus of human behavior. The drugs are harmful, dangerous, toxic. Some of them induce violence. Suicide, homicide. Some of the drugs cause brain damage.

Psychiatry is a pseudo-pseudo science.

So the shrinks have to move into another model, another con, another fraud. And they’re looking for one.

For example, genes plus “psycho-social factors.” A mish-mash of more unproven science.

“New breakthrough research on the functioning of the brain is paying dividends and holds great promise…” Professional gibberish.

So even though the chemical-imbalance nonsense has been discredited, it will continue on as a dead man walking, a zombie.

Big Pharma isn’t going to back off. Trillions of dollars are at stake.

And in the wake of Aurora, Colorado, and Sandy Hook, and the Naval Yard, the hype is expanding: “we must have new community mental-health centers all over America.”

As Dr. Peter Breggin explains in his classic, Toxic Psychiatry, half a century ago the psychiatric profession and the drug companies began to shape a deal.

Psychiatry was dying out. Patients didn’t want to talk about their problems to MD shrinks.

So the deal was this: psychiatry would go along with and promote chemical-imbalance propaganda. In turn, the drug companies would turn out the pharmaceuticals, and they would bankroll psychiatry, sponsoring conferences, taking out massive numbers of ads in journals, offering grants to universities.

The deal paid off.

Psychiatry experienced a resurgence. “Talk therapy is useless. Mental problems are all about the brain, and the brain must be drugged.”

But now, the charade is exposed.

You can be sure major Pharma players are meeting behind closed doors with leaders of the American Psychiatric Association (APA). The mafia is making a house call.

They are reminding the APA that they have a deal. No cancellation allowed.

“You guys promoted the chemical-imbalance theory. That was the arrangement. So keep promoting it. We don’t care how many lies you have to tell. Don’t try to develop a conscience all of a sudden. This is business.”

The mafia doesn’t like it when people try to interrupt business.

The author of two explosive collections, THE MATRIX REVEALED and EXIT FROM THE MATRIX , Jon was a candidate for a US Congressional seat in the 29th District of California. He maintains a consulting practice for private clients, the purpose of which is the expansion of personal creative power. Nominated for a Pulitzer Prize, he has worked as an investigative reporter for 30 years, writing articles on politics, medicine, and health for CBS Healthwatch, LA Weekly, Spin Magazine, Stern, and other newspapers and magazines in the US and Europe. Jon has delivered lectures and seminars on global politics, health, logic, and creative power to audiences around the world. You can sign up for his free emails at http://www.nomorefakenews.com