A form of biological internet, the DNA enables psychic communication between cells that belong not only to different life forms, but also to different species.

Research shows that the DNA molecule is an instrument capable of sending and receiving electromagnetic signals. A form of biological internet, it’s believed that the DNA is responsible for psychic communication between cells that belong not only to different life forms, but also to different species.

Recent examples include documented cases of remote communication between man and plants, man and water. Such communication is also evident in patients with transplanted organs who have reported an uncanny psychic connection with their dead donors.

A polygraph examiner, Cleve Backster decided on impulse to connect a house plant to the polygraph machine. His intention to burn the plant’s leaves with a match in order to see how it responded elicited a plunge in the polygraph monitor.

Setting up a series of experiments to test the plant’s emotional cues, he discovered that the plant not only read his mind, but could distinguish his intent from mere pretense.

Further experiments confirmed his suspicion that the response of the plants occurred at the cellular level. Individual cells of houseplants were capable of sending and receiving information, even at a distance.

He also discovered that plants could respond to the emotional values of their caretakers; when he experienced a stressful event, the plants in his lab registered a response on the polygraph.

Not only did his plants show they were capable of telepathy, they demonstrated an ability to feel empathy as well. When Backster threw brine shrimp into boiling water in front of the plants, they reacted forcefully on the polygraph.

Cell-to-cell communication between patients and their transplanted donors has also been documented. Evidence shows that donor cells in the transplanted organs are capable of communicating with their recipients.

One case filed by a psycho-neuroimmunologist, Dr. Paul Pearsall, involved an eight-year-old girl who had received the heart of a murdered ten-year-old girl.

Even though the identity and information of the donor were unknown to the recipient, she experienced recurrent nightmares about the man who killed her donor.

With the specific details of her dreams, her parents eventually approached the police who were able to locate and apprehend the killer.

Transplant recipients often report psychic communication with their donors, whose messages were often relayed to the recipients in dreams, unusually strong urges or simply “just knowing.”

A similar situation is found in Masuro Emoto’s study of the effect of thought and words on water crystal structure. Using high-speed photography, Emoto discovered that positive thoughts left energy imprints on water crystals that were highly structured and coherent.

Love and gratitude created crystals that were linked together in a coherent hexagonal form; however, words of hatred created anomalous shapes in water.

In an experiment at an elementary school, children who told water it was ”cute,” formed crystals that were stable and harmonious; words like “You fool!” produced the opposite effect.

Water exposed to Beethoven’s music resulted in crystals with detailed precision that created a healing effect. Water exposed to the words, “You make me sick!” created the shape of a man with a gun.

If words have the ability to change the molecular structure of water, this leaves some wondering what other effects words can have on the world. What effect would negative words have on a child, for instance?

It appears the idea that man is separate from the world he lives in is no longer tenable. Within each cell nucleus is a basic technology for psychic communication. This technology is the DNA. 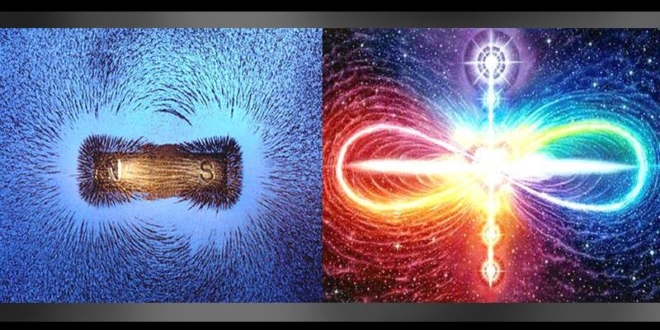 Three different studies, done by different teams of scientists proved something really extraordinary. But when a new research connected these 3 discoveries, something shocking...