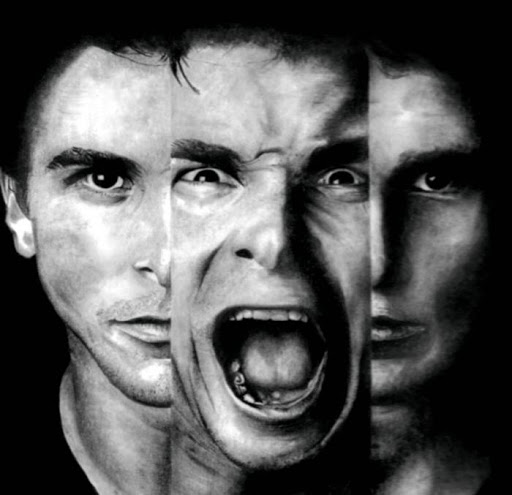 Perhaps you believe that your body and mind are yours alone. In fact, you are a fusion of many organisms – possibly including another person, says BBC Future.

Once upon a time there was a very simple description for human origins: a man and a woman met, had fun, and then – relatively quickly – a tiny fertilized egg turned into a screaming newborn baby.

Everything was very clear: the man was half father, half mother, but 100% owned by himself.

However, this simple story has become quite complicated over the past decades. As it turned out, in addition to the genes passed on to us by our parents, we are home to an extensive set of viruses, bacteria and even, possibly, other personalities.

Moreover, if you have a twin, particles of it are likely to be present in your body (including your brain). And they are not just present, but, possibly, capable of influencing your behavior.

“People are not individuals, but superorganisms,” says Peter Kramer of the University of Padua. “A huge variety of organisms are constantly fighting for power over our body.”

Co-authored with Paola Bressan, Dr. Kramer recently published an article in the scientific journal Perspectives in Psychological Science that urges psychologists and psychiatrists to consider the possible impact of this factor on human behavior.

For some, this will be alarming news, but scientists have long known that the human body is a jumble of different organisms.

Gut microbes are capable of producing neurotransmitters that alter our mood ; some researchers even speculate that microbes can influence a person’s appetite, forcing us to consume their preferred food.

And infection with a parasite called Toxoplasma gondii can kill you in some cases. By infecting a rat or mouse, this microbe changes the consciousness of the host in such a way that he ceases to be afraid of cats and even reaches out to their habitats – for reproduction, Toxoplasma certainly needs to get into the cat’s body.

However, Toxoplasma can also infect a person in the same way, as a result of gaining control over human behavior: some of those infected become prone to unnecessary risks, while others are more likely to develop schizophrenia or suicidal depression.

Meanwhile, despite the potentially dangerous consequences of infection for humans, about a third of all meat sold in Britain is infected with this parasite . “We need to end this,” says Kramer.

Thus, it becomes clear that we are not necessarily entirely responsible for our own behavior.

This alone is enough to make a person doubt the usual perception of their own identity, but the thought that our brain is inhabited not only by tiny microbes, but also by other human beings, becomes really uncomfortable.

Siamese twins, who share a common brain for two bodies, are the most graphic illustration of this, Kramer says. However, even ordinary, non-fused twins may have common organs that they are not even aware of.

During early embryonic development, cells of twins or triplets are able to migrate from one embryo to another.

In other words, they are “chimeric” or hybrid organisms. Moreover, the matter is not limited to blood – a similar situation is observed with cells of various organs, including the brain.

This hybridity in relation to the brain can have very serious consequences.

For example, it is known that the relative position of different parts of the brain is very important for its normal functioning.

The presence of foreign tissue in the brain, for the development of which foreign genes are responsible, can disrupt its architecture.

This can explain, for example, the fact that twins are very often left-handed – it is believed that the distribution of motor functions between the right and left sides of the body depends precisely on the organization of the right and left hemispheres of the brain. Perhaps it is hybridity that upsets this balance.

Even if you have never had a twin in your life, it is possible that your body still contains cells from another human being.

It so happens that two embryos fuse into a single whole at the stage of early development. As a result, the cells of one embryo enter the tissues of another and, at first glance, develop without deviations. However, they carry the genetic information of another person.

“You may feel like you are one, while there are foreign cells in your body – so there were two of you since birth,” says Kramer.

There was even a case when a genetic study found that a woman is not the biological mother of her two children.

The opposite also happens – the cells of the older child remain in the mother’s body and, after the conception of the younger child, move into the embryo.

Whichever way this happens, it’s entirely possible that another person’s cells can cause the brain to develop in completely unexpected ways, says Lee Nelson of the University of Washington. She is studying the possibility of the mother’s cells entering the baby’s brain.

“Depending on the number and type of cells, as well as in what period of embryo growth they migrate, there are different scenarios for the deviation of the child’s brain from normal development,” says Nelson.

As it turned out, even adults are not immune to the penetration of other people’s cells into their body.

A man is in a woman

Several years ago, Nelson and William Chen of the University of Alberta, Canada, decoded genomes taken from female brain slices. They looked for signs of a male Y chromosome.

In about 63% of the samples studied, the researchers found male cells. “We didn’t just find male DNA in the female medulla – it was present in several parts of the brain at once,” says Chen.

In other words, women’s brains were stuffed with male cells. According to scientists, the stem cells of a male child somehow overcome the placenta barrier and enter the mother’s brain.

Interestingly, according to some reports, the presence of male cells in the brain of women reduces the likelihood of developing Alzheimer’s disease in the latter – although exactly why this happens remains a mystery.

Some researchers are even starting to wonder if the baby’s cells may affect the mother’s mood during pregnancy.

Our knowledge of the human “superorganism” is still very fragmentary, and many of the implications of such a symbiosis are now discussed only in the form of theoretical calculations.

The purpose of Cramer and Bressan’s paper was not to provide clear answers to the questions at hand, but to educate other psychologists and psychiatrists about the many organisms that make us who we are.

“We are not able to fully understand human behavior, considering a person as only one individual, – notes Kramer. “It is necessary to consider it as a collection of organisms in order to understand why we behave in one way or another.”

For example, scientists often use the study of twins to get closer to understanding human behavior.

However, the fact that even non-identical twins could exchange fragments of brain tissue at the stage of early development casts doubt on the purity of such experiments.

Caution must be exercised when using the findings of twin studies to study diseases such as schizophrenia, which can be caused by inappropriate brain architecture, warn Bressan and Kramer.

However, do not worry about foreign organisms in our own. After all, it is they who make us who we are.

“For better or worse, we’re going to have to share the body with these ‘immigrants,’” Nelson says. “And I think the pros of this cohabitation outweigh the cons.”

PS: The phenomenon of subpersonalities has long been studied in the psychological literature. Now classical science has come close to this question.