Seen during this exceptionally strange video, appears to be a humanoid type figure at night. They seem to first materialize and later dematerialize not long after.

Little information is known about this video, only that it first appeared on The Hidden Underbelly 2.0 YouTube channel. Whatever this thing is, it appears to be carrying something like a backpack of some sort on its back.

Some people think a time traveler was inadvertently recorded. Unfortunately, the camera perspective is kind of far away, but the silhouette shows a human-like figure walking from across the street and then onto a sidewalk at night.

The video was captured on June 16, 2019. It is by far one of the most bizarre type videos like this ever seen before. The location where this took place was in Salt Lake City, Utah.

The dark figure seemingly turns once they reach the sidewalk across the street. While doing this, they appear to be moving in awkward angle. The figure appears to be hunched over, which signifies that they are carrying something rather heavy.

Not long after, the dark humanoid figure then seems to vanish into thin air. It seems like they dematerialized. Grey and black particles left behind, seem to display far off towards the right hand side of the screen.

Is all of this some kind of camera glitch or did something otherworldly get captured? Maybe some kind of demonic presence or ghost was recorded.

The video quality isn’t the best and the rather poor lighting doesn’t help either. Everything seems distorted during some parts of the video. This leads some people to believe, that this video was doctored or edited.

If this is real footage, it would be an astounding bit of proof that we are indeed not alone and some things do go bump in the night. It would be interesting to see the original video source as well.

One commenter named RFriend said, “Watch how small the pixels are when he first walks to the left and then as he goes by the tree the pixels get large.”

“Than means the video was zoomed in to be edited, all the pixels should be the same size. That’s what I think. But, I would stay in the house when it gets dark out, Just to be safe, I know creatures and monsters are out there, Ready to eat your soul. Peace Man.”

In this article:humanoids, time traveler 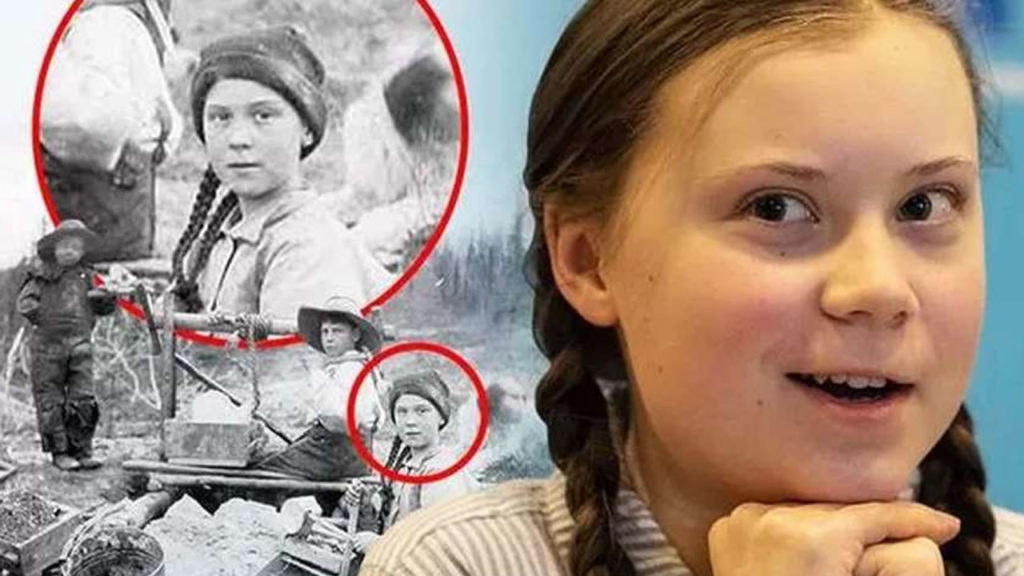 Is Greta Thunberg a time traveller? A photo from 1898 could confirm it

A photo has been discovered, taken approximately 105 years before the birth of Mrs. Thunberg, in which a girl who has an amazing resemblance to the...