Despite the fact that official historians, for the most part, call all those who doubt the veracity of the myths set forth in textbooks “ignorant” and “incompetent”, few people know that there are many historical sources that contradict this very “official version”.

Greek Herodotus of Heraclius, the “father of history” retells his conversations with Egyptian priests during his visit to Egypt: after Egypt became a kingdom, “four times during this time, as I was told, the sun was rising contrary to its usual; twice it rose where it now sits, and twice it sat where it now rises”.

In addition to Herodotus, Roman geographer Pomponius Mela wrote the same thing: “The Egyptians take pride in being the oldest people in the world. In their original chronicles one can read that since the beginning of their existence, the course of the stars has changed its direction four times and that the sun has set twice in that part of the sky where it now rises”

That is, everything changed 4 times? How can this be explained?

The historical data of Egypt are unequivocal: Harris’s “Magical Papyrus” tells about the cosmic displacement of fire and water, when “the south became the north, and the Earth turned over.” The Ipuwer papyrus states that “the earth turned like a potter’s wheel”. In the papyrus of the Hermitage there is also a mention of a catastrophe that turned the Earth “upside down”.

Let’s be reminded that people did not know about the daily rotation of the earth and believed that the Firmament with its luminaries rotates around the Earth; “Something happened that never happened.”

In ancient Egypt, there was even a name for the rising of the western Sun – “Garukhuti, it rises in the West”).

In the Syrian city of Ugarit (Ras Shamra), a text was found dedicated to the goddess Anat, who “destroyed the population of the Levant and reversed the two dawns and the movement of the stars.”

Plato wrote: “I mean the changes in the rising and setting of the sun and other celestial bodies, when in ancient times they usually set where they now rise, and ascended where they now set. At certain periods the universe has its present revolution, and at other periods it rotates in the opposite direction. Of all the other changes that take place in the heavens, this reverse movement is the most significant and complete. At that time, the destruction of all animals took place, and only a few of the people remained alive” (The “Politician”).

What is the explanation for the universe rotation in the opposite direction?

Plato is not the only Greek who wrote about the reverse motion of the sun. There are many such Greek authors. In the historical drama “Atreus” by the Athenian playwright Sophocles, it is indicated that the Sun rises in the east only since its movement has changed. “Zeus changed the course of the sun, causing it to rise in the east instead of the west.” The ancient Greek playwright Euripides wrote in “Electra”: “Then Zeus rose in his anger, turning the stars back on their fiery path, and even the dazzlingly burning chariot of the sun, and the foggy look of a cloudy morning. And the flash of his flying chariot lit up the face of the fading day with a scarlet light, the sun turned back, carrying the punishment of mortals with the whip of its anger. In another essay, Euripides writes: And the winged chariot of the sun rushed back from a terrible strife, changing its path through the heavens to the west in the direction where the dawn was burning with a blush: the people, seized with fear, asked: “Do we alone of all mankind deserve to have this sky with inverted poles frighten us? Has our last day really come?”.

How can it be that the sky with inverted poles terrified people back then, prompting them to await for an end of dates scenario?

Among the American Indians, the Sun, which moves to the east (ie, in the direction opposite to the current one), even has a separate name – Teotl Lixo. The Mexican people symbolically liken the change in the direction of the solar movement to a celestial ball game, accompanied by collisions and earthquakes on Earth.

The Arabic Quran tells about the Deity of “two easts and two wests” (Sura LV). Quote from the Koran: “The Hour will not come until the sun rises in the West, and when it rises and people see it, they will all believe, but then a person will not be good in faith if he did not believe before, did not deserve good (by doing righteous deeds) by their faith”. The Western Arab philosopher Averroes, wrote about the eastern and western directions of the sun.

In Russian chronicles dating back to the 13th-14th centuries (though all of them are from later lists), there are reddening of the sky, earthquakes, forest fires, two-month darkness, unprecedented floods, and so on. In the Vologda chronicle it is written: “The sun died”.

Jesuit missionary Martinius wrote the book “History of China” according to ancient chronicles. Leaving behind the brackets the falsification of Catai (China), but the book directly says about the displacement of the Earth’s axis: “The support of the sky collapsed. The Earth was shaken to its very foundation. The sky began to fall to the north. The Sun, Moon and stars changed the path of their movement. The entire system of the Universe came The sun was in eclipse and the planets changed their paths.”

What are all these sources talking about? Obviously, about those very global catastrophes of the past, the presence of which the official science completely ignores, telling us about the progressive development of civilizations from the most primitive cultures to the modern one. But if such catastrophes occurred in the past, it means that as a result of them, humanity has more than once been thrown into the “Stone Age” in its development. And consequently, in our past, those very highly developed civilizations could actually exist, the memory of which was preserved only in the mythology of various cultures.

In this article:cataclysms, inverted poles 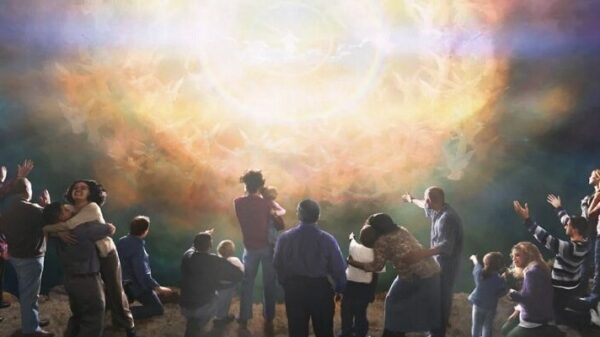 Behold, I am coming like a thief! Blessed is the one who stays awake: The Second Coming and stereotypes associated with it

For many years, the thought of terrible and catastrophic upheavals, invariably associated with the expectation of the Second Coming of Christ into the world,... 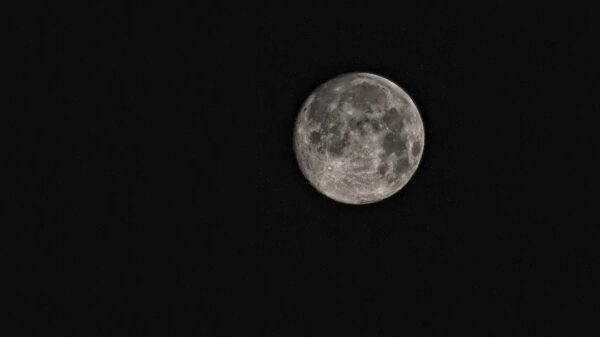 The next full moon, which awaits the inhabitants of the Earth in July, will be unusual. We will be able to observe the Supermoon...