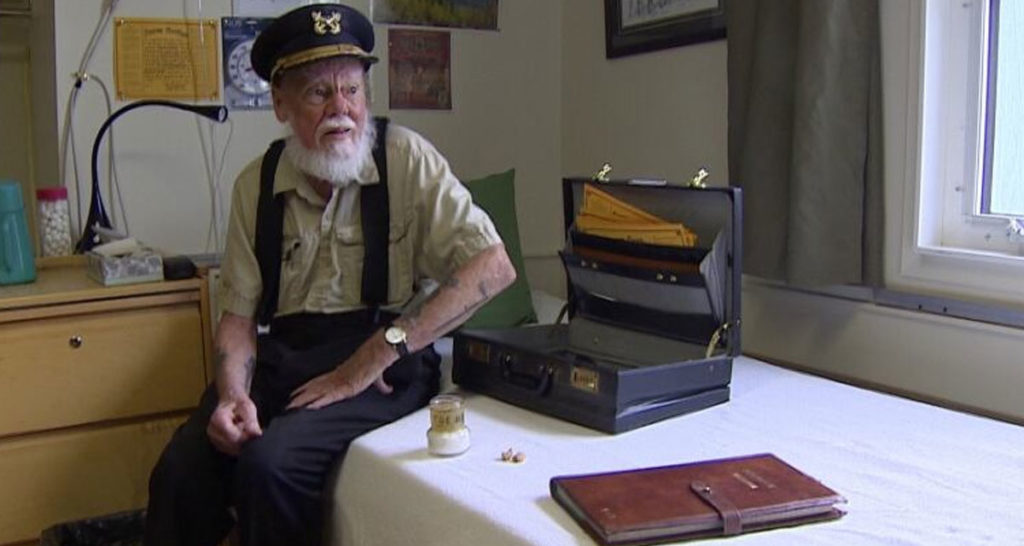 The inventor of the Sourtoe Cocktail willed his own toes to the Downtown Hotel for use in future drinks, and instructed his daughter how to remove and preserve them. 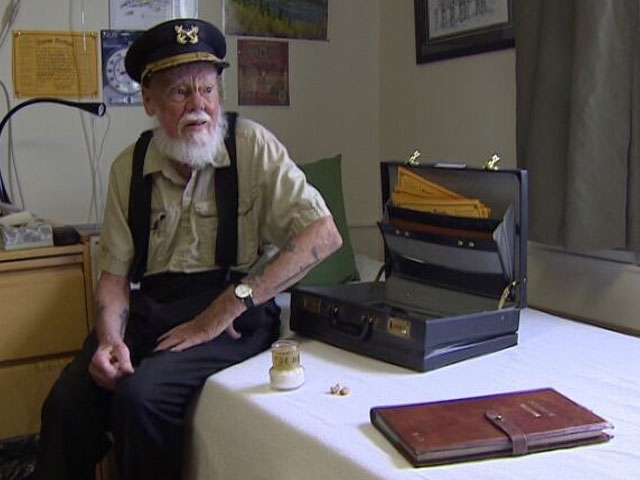 According to Dick Stevenson, he found the first toe in a cabin he bought in Dawson City in the early 1970s. It turned up in a pickle jar while Stevenson was cleaning out the cabin. A dried up human toe in a jar, frostbitten, supposedly cut off a prospector decades earlier.

Naturally, Stevenson thought it should go in a drink, and that’s how the Sourtoe Cocktail was born.

The mummified toe was placed in a beer glass full of champagne for those brave enough to accept the challenge. But to join the exclusive Sourtoe Cocktail Club at the Downtown Hotel, there is one rule: “You can drink it fast, you can drink it slow, but your lips must touch the toe.” 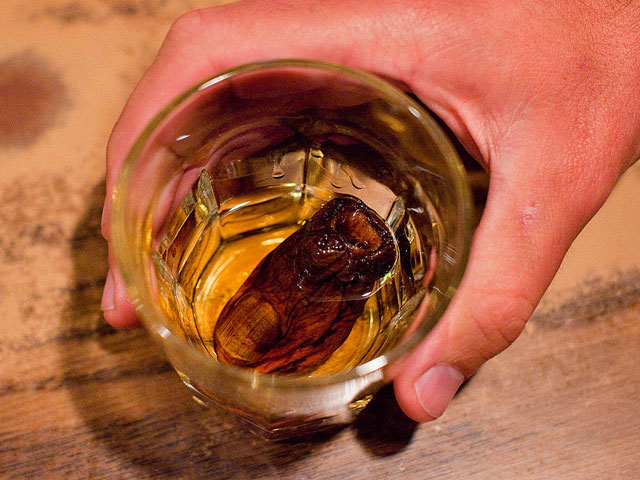 “As a young man, he hitchhiked his way across Canada, working on cattle ranches and in logging and mining camps,” Canada’s CBC writes. “In 1956, he thumbed his way to Yukon and found a home in the Klondike. He worked as a fish warden in Dawson City for a while, but then became Captain Dick when he bought a boat and began offering tours on the Yukon River. He did that until his retirement.”

“Captain Dick was a true colorful five-percenter who changed Dawson’s brand,” Visit Dawson City tweeted. “His legacy is cemented with the Sourtoe Cocktail, but we’ll always remember him for his undying love of Dawson City. Thanks for everything Dick, we’ll toest one for you tonight.”

Captain Dick was a true colorful five-percenter who changed Dawson’s brand. His legacy is cemented with the Sourtoe Cocktail, but we’ll always remember him for his undying love of Dawson City. Thanks for everything Dick, we’ll toest one for you tonight.
Photo: Stories North https://t.co/xKM61MJeMi pic.twitter.com/wzq6LKraqh

Over the years, the Downtown Hotel has accepted more than 10 amputated toe donations to help replace those that have been swallowed or stolen. And now, Stevenson’s own big toes will join the collection.

“I’m pretty sure I’m the only daughter in history that has to, following my dad’s will, make sure that his toes are removed and dried and make it up to Dawson City,” Stevenson’s daughter Dixie said. “He kept telling me how I’m supposed to dry his toes. So one day I said, ‘Dad, you have to come so I can type this out, because I’m not going to remember it.”

On her way to pick up containers and pickling salt for her father’s toes, Dixie added, “So as morbid as that sounds, this is what I’ll be doing for the next few weeks.” 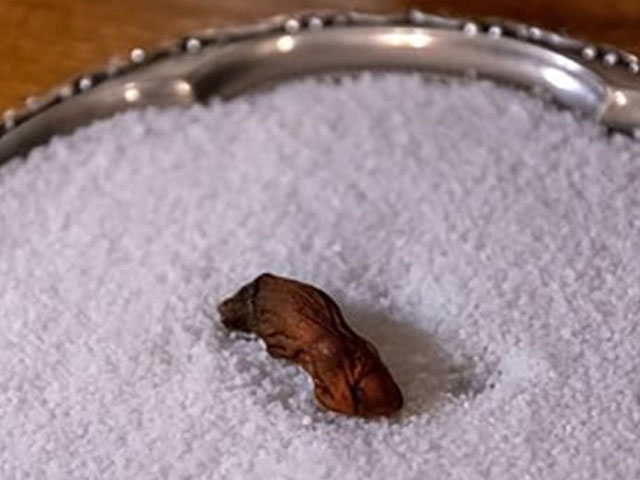 One of the preserved human toes used in the Sourtoe Cocktail

Stevenson, surely an honorary member of the Cult of Weird, spent his final years in the Macauley Lodge Retirement Home with a briefcase. Inside, he kept a leather-bound registry of Sourtoe club members and a small collection of dried human toes.

In this article:Captain Dick, Sourtoe Cocktail