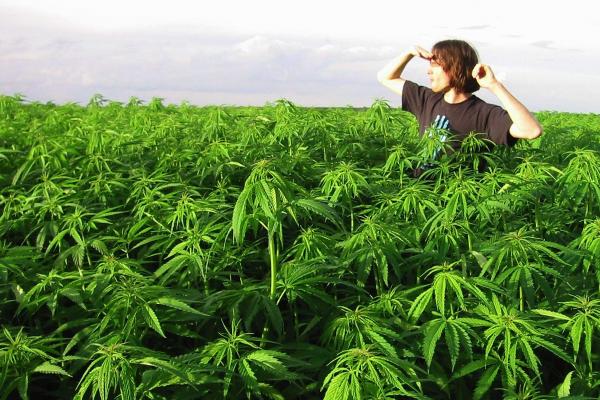 In 1974 researchers learned that THC, the active chemical in marijuana, shrank or destroyed brain tumors in test mice. But the DEA quickly shut down the study and destroyed its results, which were never replicated — until now.

The term medical marijuana took on dramatic new meaning in February, 2000 when researchers in Madrid announced they had destroyed incurable brain tumors in rats by injecting them with THC, the active ingredient in cannabis.

The Madrid study marks only the second time that THC has been administered to tumor-bearing animals; the first was a Virginia investigation 26 years ago. In both studies, the THC shrank or destroyed tumors in a majority of the test subjects.

Most Americans don’t know anything about the Madrid discovery. Virtually no major U.S. newspapers carried the story, which ran only once on the AP and UPI news wires, on Feb. 29, 2000. The ominous part is that this isn’t the first time scientists have discovered that THC shrinks tumors. In 1974 researchers at the Medical College of Virginia, who had been funded by the National Institute of Health to find evidence that marijuana damages the immune system, found instead that THC slowed the growth of three kinds of cancer in mice — lung and breast cancer, and a virus-induced leukemia.

The DEA quickly shut down the Virginia study and all further cannabis/tumor research, according to Jack Herer, who reports on the events in his book, “The Emperor Wears No Clothes.” In 1976 President Gerald Ford put an end to all public cannabis research and granted exclusive research rights to major pharmaceutical companies, who set out — unsuccessfully — to develop synthetic forms of THC that would deliver all the medical benefits without the “high.”

The Madrid researchers reported in the March issue of “Nature Medicine” that they injected the brains of 45 rats with cancer cells, producing tumors whose presence they confirmed through magnetic resonance imaging (MRI). On the 12th day they injected 15 of the rats with THC and 15 with Win-55,212-2 a synthetic compound similar to THC. “All the rats left untreated uniformly died 12-18 days after glioma (brain cancer) cell inoculation … Cannabinoid (THC)-treated rats survived significantly longer than control rats. THC administration was ineffective in three rats, which died by days 16-18. Nine of the THC-treated rats surpassed the time of death of untreated rats, and survived up to 19-35 days. Moreover, the tumor was completely eradicated in three of the treated rats.” The rats treated with Win-55,212-2 showed similar results.

The Spanish researchers, led by Dr. Manuel Guzman of Complutense University, also irrigated healthy rats’ brains with large doses of THC for seven days, to test for harmful biochemical or neurological effects. They found none.

“Careful MRI analysis of all those tumor-free rats showed no sign of damage related to necrosis, edema, infection or trauma … We also examined other potential side effects of cannabinoid administration. In both tumor-free and tumor-bearing rats, cannabinoid administration induced no substantial change in behavioral parameters such as motor coordination or physical activity. Food and water intake as well as body weight gain were unaffected during and after cannabinoid delivery. Likewise, the general hematological profiles of cannabinoid-treated rats were normal. Thus, neither biochemical parameters nor markers of tissue damage changed substantially during the 7-day delivery period or for at least 2 months after cannabinoid treatment ended.”

Guzman’s investigation is the only time since the 1974 Virginia study that THC has been administered to live tumor-bearing animals. (The Spanish researchers cite a 1998 study in which cannabinoids inhibited breast cancer cell proliferation, but that was a “petri dish” experiment that didn’t involve live subjects.)

In an email interview for this story, the Madrid researcher said he had heard of the Virginia study, but had never been able to locate literature on it. Hence, the Nature Medicine article characterizes the new study as the first on tumor-laden animals and doesn’t cite the 1974 Virginia investigation.

“I am aware of the existence of that research. In fact I have attempted many times to obtain the journal article on the original investigation by these people, but it has proven impossible.” Guzman said.

In 1983 the Reagan/Bush Administration tried to persuade American universities and researchers to destroy all 1966-76 cannabis research work, including compendiums in libraries, reports Jack Herer, who states, “We know that large amounts of information have since disappeared.”

Guzman provided the title of the work — “Antineoplastic activity of cannabinoids,” an article in a 1975 Journal of the National Cancer Institute — and this writer obtained a copy at the University of California medical school library in Davis and faxed it to Madrid.

The summary of the Virginia study begins, “Lewis lung adenocarcinoma growth was retarded by the oral administration of tetrahydrocannabinol (THC) and cannabinol (CBN)” — two types of cannabinoids, a family of active components in marijuana. “Mice treated for 20 consecutive days with THC and CBN had reduced primary tumor size.”

The 1975 journal article doesn’t mention breast cancer tumors, which featured in the only newspaper story ever to appear about the 1974 study — in the Local section of the Washington Post on August 18, 1974. Under the headline, “Cancer Curb Is Studied,” it read in part:

“The active chemical agent in marijuana curbs the growth of three kinds of cancer in mice and may also suppress the immunity reaction that causes rejection of organ transplants, a Medical College of Virginia team has discovered.” The researchers “found that THC slowed the growth of lung cancers, breast cancers and a virus-induced leukemia in laboratory mice, and prolonged their lives by as much as 36 percent.”

Guzman, writing from Madrid, was eloquent in his response after this writer faxed him the clipping from the Washington Post of a quarter century ago. In translation, he wrote:

“It is extremely interesting to me, the hope that the project seemed to awaken at that moment, and the sad evolution of events during the years following the discovery, until now we once again draw back the veil over the anti-tumoral power of THC, twenty-five years later. Unfortunately, the world bumps along between such moments of hope and long periods of intellectual castration.”

News coverage of the Madrid discovery has been virtually nonexistent in this country. The news broke quietly on Feb. 29, 2000 with a story that ran once on the UPI wire about the Nature Medicine article. This writer stumbled on it through a link that appeared briefly on the Drudge Report web page. The New York Times, Washington Post and Los Angeles Times all ignored the story, even though its newsworthiness is indisputable: a benign substance occurring in nature destroys deadly brain tumors.

Raymond Cushing is a journalist, musician and filmmaker. This article was named by Project Censored as a “Top Censored Story of 2000.”

In this article:Cancer, cannabis, THC