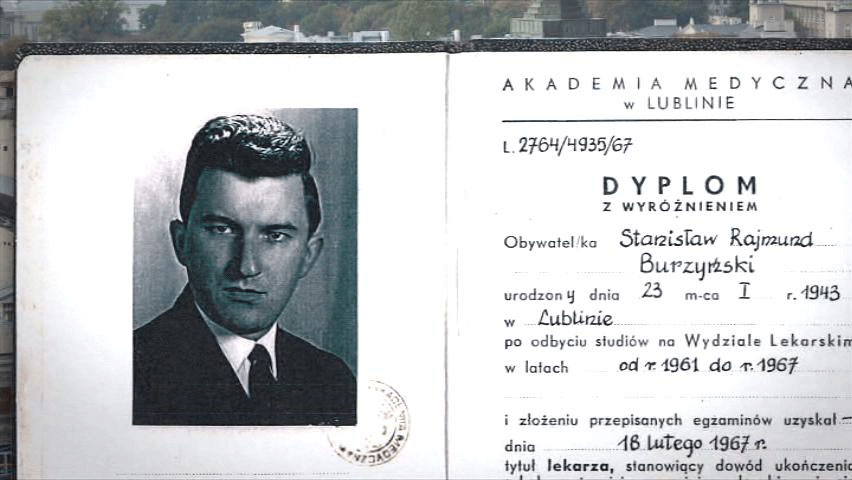 Cancer is serious business. The kind of business that puts billions of dollars in the pockets of those who have been treating cancer with conventional means for decades. And anyone who may offer a different approach to not only treating cancer, but lay claims of a cancer cure, is faced with an uphill battle from governmental regulatory agencies, to the medical and pharma industry, whom all make money off the treatment of cancer.

Anyone who gets in the way of this multi-billion dollar industry with a potential cure is subject to ridicule, suspect and a litany of lawsuits.

One such person who is on the leading edge of technology offering a cancer cure is a Poland born doctor by the name of Stanilsaw Burzynski. Dr. Burzynski is the discoverer of antineoplastons, which are components of a complex biochemical defense system against cancer. A recipient of over 20 international awards, Dr. Burzynski is also the discoverer of new treatments for cancer, viral infections including AIDS, autoimmune diseases, Parkinson’s disease, neurofibromatosis, and restenosis. Among his contributions in the medical field are 242 patents, and over 300 scientific publications. In 1991, a team from the NCI confirmed the anticancer activity of antineoplastons and verified five complete remissions of the 7 cases they evaluated.

Much attention has been focused on Dr. Burzynski’s antineoplaston therapy for patients who are terminally ill, and rightly so. However, the general public and most of Dr. Burzynski’s patients know little about the push-back that the doctor was up against when word got out about his curing of cancer – particularly a vindictive campaign by the FDA to discredit Dr. Burzynski’s claims.

Little did the doctor know at the time, that he was targeted, like many others who dare step over the line of treatment into a cure, and found himself faced head to head with the FDA whose agenda was at all costs, to put Dr. Burzynski out of business, and with absolutely no evidence that he was doing anything wrong. The only “wrong” in the eyes of the FDA, was that his discovery was infringing on the billion dollar money-making-cancer-treatment-jackpot that they were and are still cashing in on.

Below is Burzynski, the Movie – an internationally award-winning documentary that tells the true story of Dr. Stanislaw Burzynski who won the largest, and possibly the most convoluted and intriguing legal battle against the Food & Drug Administration in American history.

This documentary takes the audience through the treacherous, yet victorious, 14-year journey both Dr. Burzynski and his patients have had to endure in order to obtain FDA-approved clinical trials of Antineoplastons.

Let’s look deeper into Dr. Burzynski claims of curing cancer with this insightful documentary about what he’s been up against to help save the lives of thousands of patients who once had cancer but was cured through his treatments.

Dr. Burzynski resides and practices medicine in Houston, Texas. He was able to initially produce and administer his discovery without FDA-approval from 1977-1995 because the state of Texas at this time did not require that Texas physicians be required to adhere to Federal law in this situation. This law has since been changed.

As with anything that changes current-day paradigms, Burzynski’s ability to successfully treat incurable cancer with such consistency has baffled the industry. Ironically, this fact had prompted numerous investigations by the Texas Medical Board, who relentlessly took Dr. Burzynski as high as the state supreme court in their failed attempt to halt his practices.

Likewise, the Food and Drug Administration engaged in four Federal Grand Juries spanning over a decade attempting to indict Dr. Burzynski, all of which ended in no finding of fault on his behalf. Finally, Dr. Burzynski was indicted in their 5th Grand Jury in 1995, resulting in two federal trials and two sets of jurors finding him not guilty of any wrongdoing. If convicted, Dr. Burzynski would have faced a maximum of 290 years in a federal prison and $18.5 million in fines.

However, what was revealed a few years after Dr. Burzynski won his freedom, helps to paint a more coherent picture regarding the true motivation of the United States government’s relentless persecution of Stanislaw Burzynski.

Note: When Antineoplastons are approved for public use, it will allow a single scientist to hold an exclusive right to manufacture and sell these medicines on the open market—potentially leaving the pharmaceutical industry absent in profiting from the most effective gene-targeted cancer treatment the world has ever seen.

At the Burzynski Clinic, 74 clinical trials are underway, 72 for cancer, 1 for autoimmune disease, and 1 for HIV infection. Dr. Buzynski’s literally has thousands of testimonials from his patients who are in remission from brain cancer, non-Hodgkin’s lymphoma, breast cancer, colon cancer and others and hundreds of his patients stood with the doctor when he was going through court battles testifying on his behalf to the credit of his cancer cure.

Share this with your family and friends and get the word out about Dr. Burzynski and his cure for cancer – you won’t find any of his information in the main (lame) stream media I can assure you.

To date, for more than 20 years, over 3,000 patients have received Dr. Burzynski’s treatment.