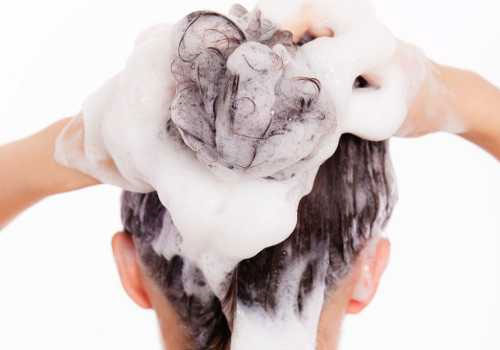 Tests ordered by an environmental watchdog group revealed the presence of a cancer-causing chemical in dozens of personal care products that lack a warning label required by California law.
The compound, a chemically modified form of coconut oil—cocamide diethanolamine (cocamide DEA)—is used as a foaming agent or thickener in soaps, shampoos, conditioners, and similar products.

Carcinogenic Ingredients in Your Personal Care Products?
No Warning Labels
An independent laboratory commissioned by the Center for Environmental Health (CEH) tested the products to determine how much cocamide DEA was present. CEH purchased these products after June 2013 from online and local California retailers, such as Trader Joe’s, Walmart, Kohl’s, and Babies R Us.
Many of the products tested contained more than 10,000 parts per million (ppm) of cocamide DEA. In all, CEH identified 98 products with cocamide DEA among the ingredients, none of which carried the warning required by state law.
“The state has not set a [safety] level specific to cocamide DEA,” says Charles Margulis, Communications Director and Food Program Director of CEH, “but the levels we found exceed levels typical for carcinogens.”
What’s in Your Beauty Products?
To comply with California’s Proposition 65, companies are still required to provide a “clear and reasonable” warning to consumers when products they sell or produce contain chemicals listed by the state as harmful. This includes compounds known to cause cancer or birth defects.
Cocamide DEA was added to the California list of harmful chemicals in 2012 after the International Agency for Research on Cancer (IARC) published its review of the chemical’s safety, which was based upon skin exposure tests in animals. “There is sufficient evidence in experimental animals for the carcinogenicity of coconut oil diethanolamine condensate,” the agency writes.
Environmental Group Files Lawsuit
In response to the laboratory results, the CEH filed a lawsuit on Tuesday against four companies—Walgreens, Lake Consumer Products, Ultimark Products, and Todd Christopher International.
“Our demand is that companies reformulate their products, without cocamide DEA,” says Margulis. “There are many similar shampoos and soaps on the market made without the chemical, so it is obviously possible to make the products safer.”
The CEH also sent legal letters advising more than 100 other companies producing or selling products containing the chemical that their products violate Proposition 65.
In the lawsuit, which was filed in California Superior Court in Alameda County, the CEH accuses the companies of “knowingly and intentionally exposing individuals to cocamide DEA without first giving clear and reasonable warnings to such individuals regarding the carcinogenicity of cocamide DEA.”
Dangerous Ingredients to Watch Out For in Cosmetics
The lawsuit asks the court to fine the companies $2,500 a day for each violation and prevent them from selling products containing cocamide DEA in California without a clear warning label.
The CEH hopes these short-term actions, along with their continuing efforts, will have an even wider effect.
“Under the law, companies can simply label,” says Margulis, “but we’ve had hundreds of Prop 65 cases over 17 years of doing this work, and in over 95 percent of these cases, we have won legally binding agreements that require companies to reformulate their products. We expect the same in these cases.”