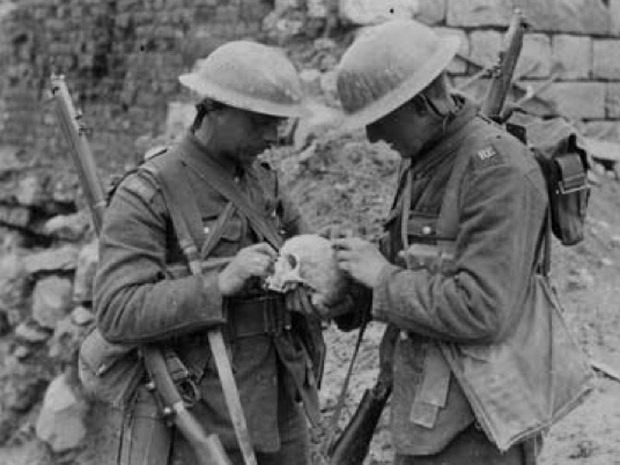 One of Canada’s top military historians has published the first serious study of the First World War’s eeriest phenomena: frontline soldiers’ accounts of ghosts and other “supernatural experiences” amid the bloody battles of Europe almost a century ago.

Award-winning author Tim Cook, the Canadian War Museum’s leading expert on the 1914-18 conflict, has unearthed a host of poignant and spine-tingling stories involving bizarre apparitions, life-saving premonitions and other unexplained happenings that — beyond the mysteries that linger — shed fresh light on “the unending mental and physical strain of fighting on the edge of No Man’s Land.”

Writing in the Journal of Military History, the field’s most prestigious scholarly publication, Cook describes how the knife-edge existence of Canada’s troops in battles such as Passchendaele and Vimy Ridge — perhaps fuelled by widespread interest in the occult and spiritualism in the early 20th century — led some men to believe they’d seen dead comrades resurrected and wandering the scarred landscapes of the Western Front.

The Western Front was a place for such spectral thinking

In other cases, soldiers claimed to have seen angels hovering over battlefields or felt an “otherworldly” presence that somehow silenced enemy guns to allow escapes from vulnerable positions.

“As a threshold borderland, the Western Front was a place for such spectral thinking and haunting, where the strange was made ordinary, where the safe was infused with danger, where death was natural and life fleeting,” writes Cook, author of an acclaimed, two-volume history of the First World War. “The unnatural, supernatural, uncanny and ghostly offered succour to some soldiers, who embraced these ‘grave beliefs’ to make sense of their war experience.”

Cook vividly describes how the living and the dead were gruesomely mingled in the muddy trenches of wartime France and Belgium, where fighting men “became martyred corpses in the blink of an eye” and the unrelenting carnage encouraged a heightened awareness of the thin line between life and afterlife — or, at times, a perceptual blurring of the line. 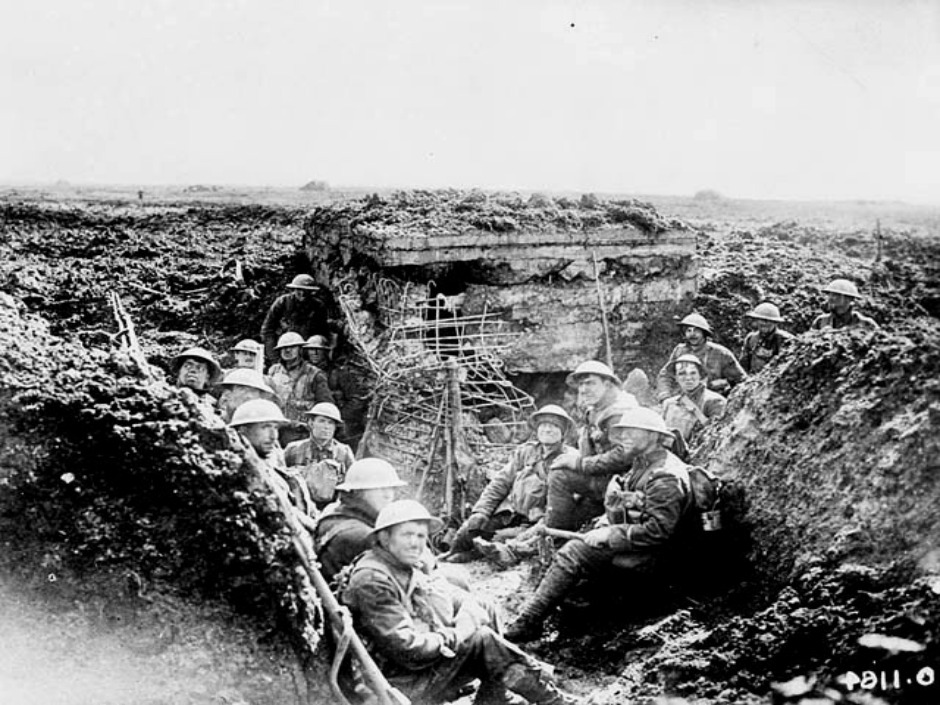 George Metcalf Archival Collection / Canadian War Museum The knife-edge existence of Canada’s troops in battles such as Vimy Ridge — perhaps fuelled by widespread interest in the occult and spiritualism in the early 20th century — led some men to believe they’d seen dead comrades resurrected and wandering the scarred landscapes of the Western Front, Tim Cook says.

“Grimy, exhausted soldiers, covered in mud, asleep on a fire step or in a funk hole could easily be mistaken for the dead,” Cook observes. “It was not lost on the soldiers that they seemed to be digging extended graves — the trenches — to protect themselves from death-dealing artillery shells. And, in sick irony, the artillery bombardments often buried the living and disgorged the dead.” 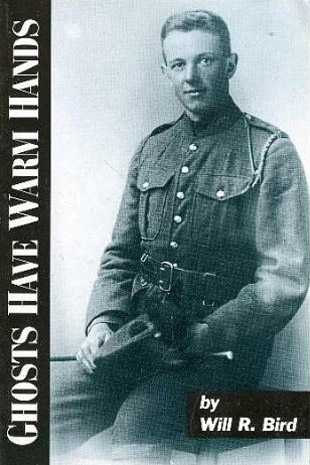 One well-known story from the war is highlighted in Cook’s study: Cpl. Will Bird’s moving description of the night his brother’s “ghost” saved him from certain death. Bird, who had a postwar career as a Nova Scotia journalist and published his war memoirs under the title Ghosts Have Warm Hands, had written about a night after the 1917 Battle of Vimy Ridge when he was suddenly stirred from deep slumber under a tarp he’d been sharing with two fellow soldiers near the front line.

“Before dawn, warm hands shook him,” Cook recounts. “Wiping away sleep, he looked with amazement at his brother Steve,” who had been reported missing in action in 1915. “Steve led him through some ruins, when he suddenly rounded a corner and disappeared.”

Cpl. Bird, settled for sleep in the new location, dismissed his brother’s ghostly appearance as a “hallucination.” But in the morning, he was stunned to learn that the two other soldiers under the tarp had suffered a “direct hit from a high explosive shell” and were “dismembered beyond all recognition.”

Another Canadian soldier wrote to his mother that, “One night while carrying bombs, I had occasion to take cover when about twenty yards off I saw you looking towards me as plain as life.” Dumbstruck, he “crawled nearly to the place where your vision appeared” as a German shell slammed into the place he had just left behind.

“Had it not been for you, I certainly would have been reported ‘missing,’” the soldier wrote. “You’ll turn up again, won’t you, mother, next time a shell is coming?”

Cook, who also teaches history at Carleton University, said his research has always focused on “how these young men coped and endured at the front.”

Embracing magical or mystical explanations for what happened during the war, he told Postmedia News, “was a common response for some soldiers who lived in a space of destruction and death. As I read the memoirs, letters, and diaries of soldiers I kept encountering the uncanny, the supernatural, and even the spectral.”

He added that while Bird’s account of being delivered from harm by his lost brother is a staple of Canadian war narratives, other such “crisis apparitions” had not been well documented and “no historian really has attempted to understand what that central story meant to Bird.”

While researching the subject, Cook said, he encountered those kinds of stories “over and over again. I kept coming back to the ways that soldiers dealt with death — by being callous towards it, or embracing it, or finding ways to live with it.”