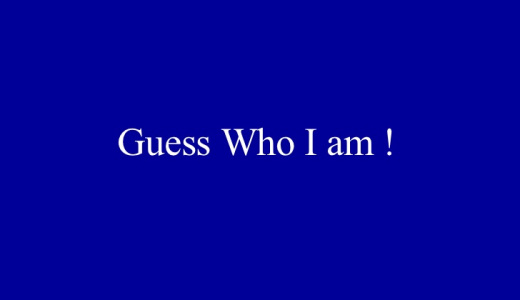 let’s play a game of who am i. Pay attention to the clues.

I was born in one country, but raised in another country. My father was born – in yet another country. I was not his only child, he fathered several children with numerous women. I became very close to my mother as my father showed no interest in me.

my mother died at an early age from cancer, although my father deserted me and my mother raised me i later wrote a book idolizing my father, not my mother. later in life questions arose over my real name, my birth records were sketchy, no one was able to produce a legitimate reliable birth certificate.

I grew up practicing one faith, but then converted to christianity as it was widely accepted in my new country. I wrote a book about my struggles growing up, it was clear to those who read my memoirs that i had difficulties accepting that my father abandoned me as a child. I’ve became active in local politics when i was in my thirties then with help behind the scenes, i literally burst onto the world scene as a candidate for national office in my forties.

They said i had a golden tongue and i could talk anyone into anything. I had a virtually non existent resume, little work history and no experience in leading a single organization.Yet i was a powerful speaker and citizens were drawn to me as though i were a magnet i drew incredibly large crowds during my public appearances, this bolstered my ego.

At first my political campaign focused on my country’s foreign policy, i was very critical of my country in the last war and seized every opportunity to bash my country. But what launched my rise to national prominence or my views on the country’s economy. I called my campaign a people’s campaign.

I was the surprise candidate because i emerged from outside the traditional path of politics and i was able to gain widespread popular support. I knew that if i merely offered the people hope. Together we can change our country and the world. So i started to make my speeches sound like they were on behalf of the downtrodden, the poor the ignorant – to include persecuted minorities.

My true views or not widely known and i kept them unknown until after i became my nation’s leader. I had to carefully guard reality as anybody could have easily found out what i really believed. If they had simply read my writings and examined those people that i associate it with, i’m glad they didn’t do it because then i became the most powerful man in the world and then the world learned the truth.

If you were thinking of someone else!!
( CLICK HERE )
You Should Be AFRAID.
In this article:guess