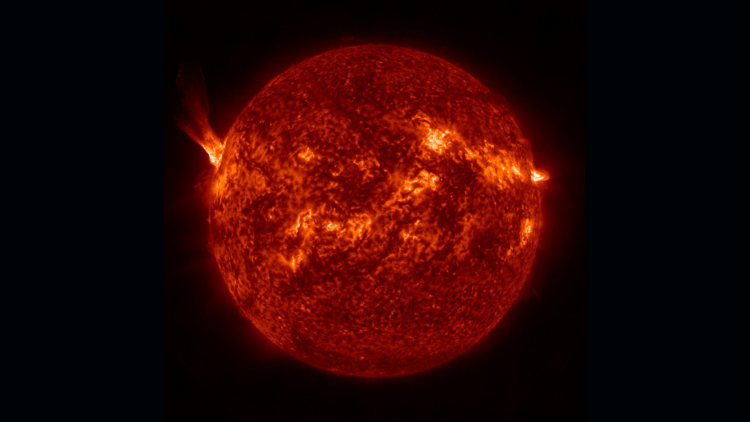 Everything once comes to an end. Our Sun with you in this regard is no exception: after about 5 billion years after reading this article, our star will suddenly swell to the size of a red giant, completely incinerating nearby planets, including ours. But what will happen next? Will the red giant turn into ordinary black hole or into a planetary nebula, finally decorating the solar system with colorful gases? In 5 billion years, the process of dying of our star may begin

According to the portal nasa.gov, the probability that our Sun will one day be able to turn into an all-consuming black hole is scanty. The fact is that the size of our star is too small for our Sun to simply “collapse inward” under the influence of its own gravitational forces before death.

In order for such an impressive scenario to happen to the Sun, our star should be about 20 times more massive. Stars of this size run the risk of becoming a supernova after the end of the main period of their life, forming a black hole after their death – a real cosmic monster whose gravitational attraction is so strong that nothing, not even light, can escape from its tenacious embrace.

Some stars are large enough to become a supernova, but their mass is too small to become black holes: they collapse into very dense structures called neutron stars, which form immediately after a supernova explosion. Our Sun, unfortunately or fortunately, is not large enough for such a fate: it has only about one tenth of the mass, which is usually necessary in order to one day turn an ordinary star into a neutron one.

So what will happen to the sun? Scientists are convinced that in 5 billion years it will simply turn into white dwarf, which is a small and very dense ball, glowing from residual heat. Such a transformation in the Universe is not unusual: like most stars of the vast cosmos, the Sun constantly generates a large amount of energy, burning hydrogen atoms in its core. The death of our star will be caused by the complete depletion of its natural fuel, which will cause our sun to melt its heavier elements in the core. When this happens, the temperature of the Sun will begin to rise, and the outer layers of its atmosphere will expand so far into space that they will absorb the Earth along with all its inhabitants, turning at the same time such distant worlds as Titan or Pluto, in potentially habitable places. The phase of the red giant will last about a billion years, after which the Sun will turn into the white dwarf already mentioned above, surrounded by a multi-colored planetary nebula.

Advertisement. Scroll to continue reading.
In this article:cosmos, Sun