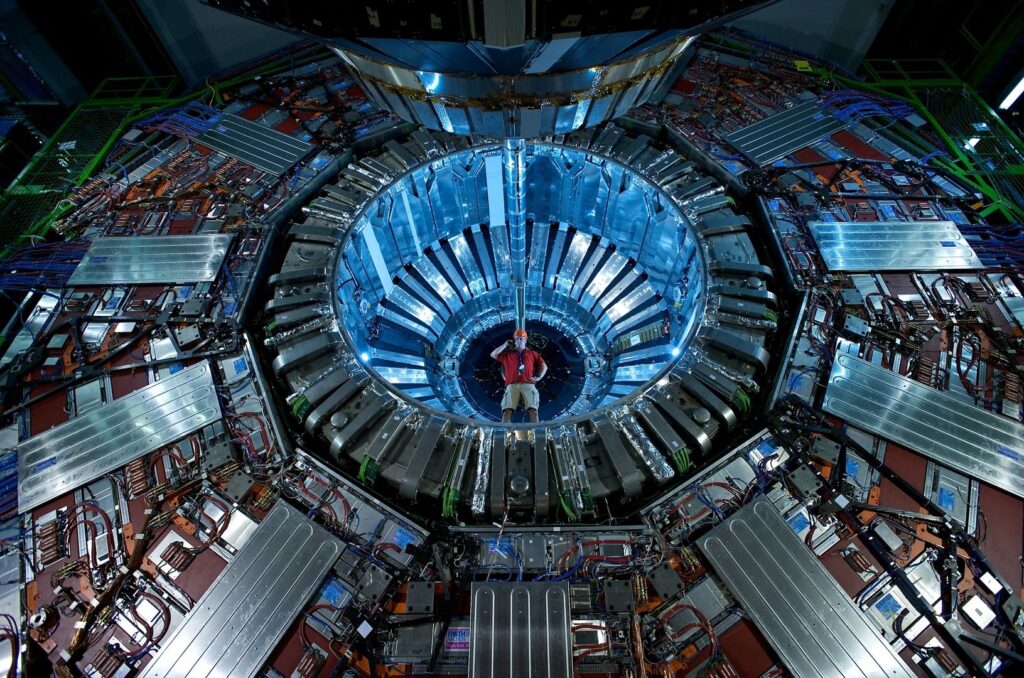 Linac4, aka Linear accelerator 4, is the source of proton beams for the Large Hadron Collider.

In strict scientific terms, Linac4 accelerates negative hydrogen ions H-, consisting of a hydrogen atom with an extra electron, to 160 MeV to prepare them for entry into the proton synchrotron accelerator, which is part of the LHC injection chain.

Negative hydrogen ions are passed through the accelerator for 400 microseconds at a time.

In human language, likening the LHC to barreled artillery, then the LHC itself is like a barrel where the projectile (protons) accelerates, and the linear accelerator 1.2.3.4 is the charge options for the cartridge.

So, if Linac2 accelerated protons up to 50 MeV, now we are talking about increasing their energy by 3-4 times. And somewhere on the morning of April 7th, it will go into test mode, about which the astronauts write the following:

The successful restart of Linac4 on February 9 marked the start of the final countdown to the launch of LHC 3. Opened in May 2017 after two decades of design and construction, Linac4 was connected to the next link in the accelerator chain, the Proton Synchrotron Accelerator (PSB). The 86 m long accelerator now replaces Linac2 as the source of all proton beams for CERN experiments.

On February 14, H– ions accelerated to 160 MeV in Linac4 were sent to PSB for the first time, and on March 7 and 28, beam commissioning will begin at ISOLDE, after which the proton flux will be transferred to the AWAKE facility in the Northern zone, where physical operations should begin 25th of April.

The only thing that catches the eye is the beginning of the bombardment of various goodies with renewed protons. The first bombardment is scheduled for April 11, for which the beam will accelerate from April 7. Then, when the protons reach an energy of 450 GeV, which will be around May 10, they will again bombard something and then they will wait for June 15 and a new energy level of 6.8 TeV. Then the collider will make the final shot on November 14th.

At which of these stages of highly scientific experiments a compact black hole will be born that will swallow a piece of our planet and consequently change our reality, we don’t know.

Scientists have discovered the most distant bright source of radio waves in the known universe. It is a black hole with a mass of 300...

Do you think that if you fall into a black hole, then instant death awaits you? Your fate will be much stranger