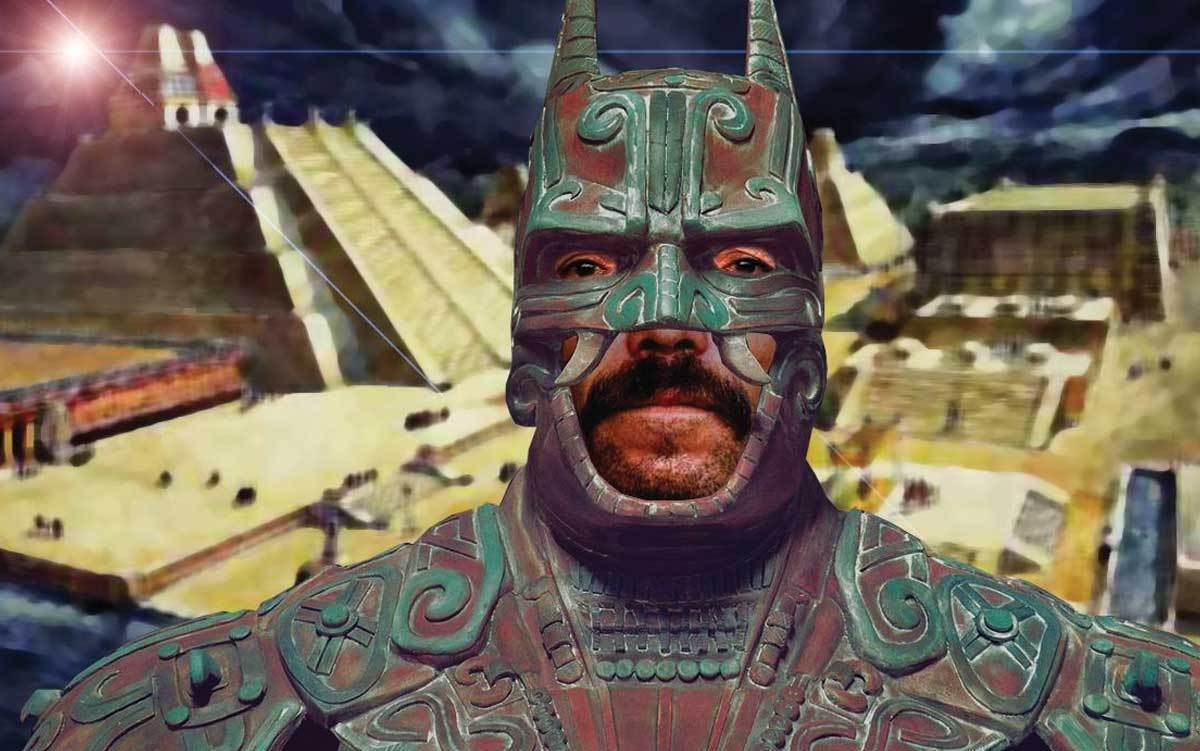 Batman is not the only batman that exists, or at least he is not the first. Since before the DC Comics hero there was Camazotz, a mysterious pre-Hispanic deity that symbolized night, death and sacrifice.

Although in recent days this dark Mayan god has had a great impact on the networks, there is not much information available about him. One of the few places where we find something is in the Popol Vuh, the ancient stories of the Quiche.

There this bat man is a kind of angel that descends from Heaven in order to decapitate the wooden humans of the second creation of the gods Tepeu and Kukulkan, for being imperfect and having no feelings.

In the same book of the Popol Vuh we are told that Ixbalanqué and Hunahpú, the twin gods, were the sons of Hun-Hunahpú, god of fertility and the ball game, and the beautiful Ixquic, daughter of Kuchumakik, one of the Lords of Xibalbá

One day, Hun-Hunahhpú and his twin Vucub-Hunahpú started playing in the ball game; as they made a lot of noise, the gods of Xibalbá got angry and Hun Camé and Vucub Camé, the main lords of the Underworld, challenged them to play in their lares. Of the sacred game the winners were those of Xibalbá.

Ixbalanqué and Hunahpú took revenge, and went to the Underworld equipped only with blowguns. After successfully passing many tests and evils that are the object of the gods of the hereafter, and thanks to the advice and help of Camazotz, they spend the night in the House of Bats, Zotzilaha, “where the bats screamed, shouted and fluttered », inhabited by Zotzilaha Chimalman, the bat god.

This chilling place, was a frightening cave that was located in what is now Alta Verapaz, near Cobán in the Republic of Guatemala. It is in this cavern that Hunahpú loses his life when he is beheaded by one of the bat batsmen commanded by Zotzilaha.

And his head served as a ball in the last game. However, Ixbalanqué with the help of a rabbit regains his head and places it again with his twin.

And although the mentions of Camazotz in the antiquity are meager, in the modernity it enjoys certain popularity. His most recent appearance is in the Hellboy movie of this year, directed by Neil Marshall. And it’s also one of the monsters that Hellboy faces. This happens in the Hellboy in Mexico comic book of the year 2010.

We also have the collectible card game called Myths and Legends in which this god appears as a “Beast” type card. His art shows a humanoid bat with a hellish face and was illustrated by Marcos Villaroel.

The description of the letter is as follows: «The bat of death slips in the deep, silent and accurate night, it is a spear thrown against life itself».

Then we have his representation in the video game Smite, a MOBA that focuses on gods as characters to choose from. And exactly Camazotz makes his appearance as a character to choose. In this game he is known as «The Deadly God of Bats».

Last but not least, we have a bust made by Christian Pacheco. A creation made for the exhibition of the 75th anniversary of Batman. This bust was one of the many shown, but it was the only one based on Camazotz. What’s your opinion about it? Leave your comment below.