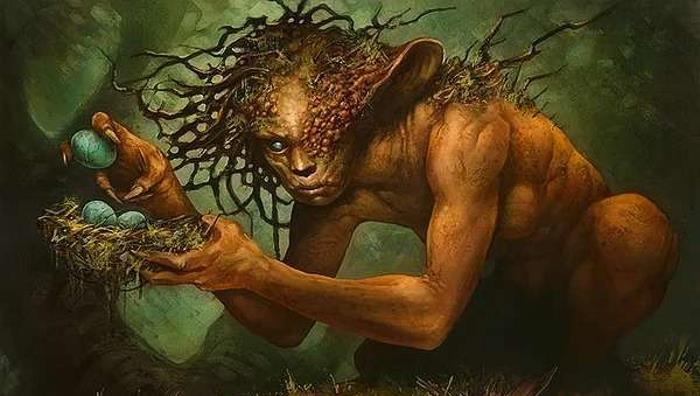 Among the many stories telling that Madagascar may be the home of several strange species of monkeys, one of the most popular is the story of calanoro.

This creature is said to be a humanoid cryptid that lives deep in the forests of Madagascar. It is alleged that calanoro can be found throughout the island, and yet encounters with it are very rare.

Local residents agree that Kalanoro exists, but they call it differently: Kotoki or Wazimba. People from the tribes of Antakarana and Tsimikheti say that in their area, the calanoro lives in caves. They say that it has been on the island for more than two thousand years and the first meetings with it took place when people just arrived in Madagascar.

Despite the large number of different names, calanoro is usually described as a creature about 60 centimeters tall, similar to monkeys and with long nails on hooked fingers. It is covered with long hair. It is sometimes said that it has feathers or scales on its back. Eyes are usually described as burning with fury.
This creature is often said to love water, and it can be seen splashing in rivers and lakes. In some cases, they believe that the calanoro has only three fingers pointing back, and they say that his eyes glow in the dark. Like many similar creatures that are said to live in Africa, Kalanoro is a small creature with a rather complex language. Their voice is called soft, similar to a female. Kalanoro prefer to live in caves, but from time to time they can visit the villages in search of food. In 1886, a man named J. Herbert Smith wrote about calanoro.

The story appeared in one of the local magazines. It was said that, delving into the jungle, the researchers heard from the locals about the calanoro, the “wild forest man” covered with wool and beard in the case of males.

One of the witnesses said that once he stayed overnight in the forest, started a fire and could not sleep. Gradually, the fire died out, and when the coals were already smoldering, the man noticed a dark figure warming at them, which fully corresponded to the description of the calanoro.

Realizing that it was noticed, the creature grabbed a stick and threw hot coals in the face of the man. In another similar case, it was said that the bonfire attracted the calanoro, but first a male appeared who became interested in the rice left in the pot, and then, when the calanoro became convinced that there was no threat to him, he called his girlfriend, they sat next to the fire and began to eat from a bowler passing it to each other.

What really is calanoro remains unclear. No purposeful expeditions were made to search for it, since it is considered only a legend and there is no clear evidence of his existence.

Perhaps this is even better for the calanoros themselves.