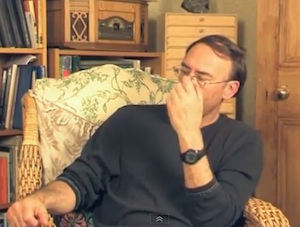 He says nonetheless he remains focused on fixing the potholes in Whitby. Via the Mirror:

A Labour politician has sensationally claimed that an extra terrestrial affair is ruining his marriage. Simon Parkes, town councillor for Stakesby in Whitby, says he has sex with the alien, who he refers to as the Cat Queen, around four times a year.

He even claims to have fathered an extraterrestrial lovechild called Zarka and says having sex with the alien has caused tension in his marriage: “My wife found out about it and was very unhappy, clearly. But it is not on a human level, so I don’t see it as wrong.”

“What will happen is that we will hold hands and I say ‘I’m ready’ and then the technology I don’t understand will take us up to a craft orbiting the earth.”

He says his work is unaffected: “It’s a personal matter. I’m more interested in fixing someone’s leaking roof or potholes.”