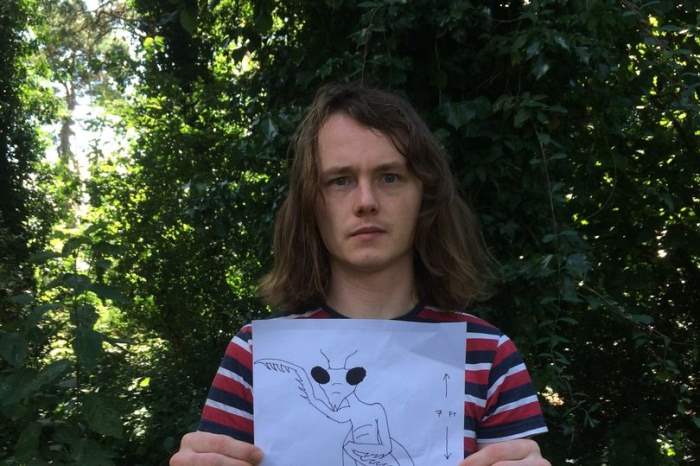 A frightened worker at a dog food factory saw the 7-foot alien mantis as he cycled home.

Paul Froggatt, 26, sketched an alien he said he saw on his way home. The cyclist says he escaped a seven-foot “evil” telepathic alien praying mantis and drew this strange creature.

The warehouse worker insisted that he did not use alcohol or drugs when he shared his sketch of the alien.

He recounted how he escaped after bumping into the creature while driving home through the woods in Warwick. The man was forced to quit his job after skeptical colleagues dubbed him “the mantis of Warwick.”

But Paul added that he remained mentally traumatized and is now unable to sleep after cycling through Oakwood and Blacklow Spinney – shortly after finishing a 12-hour shift at a dog food warehouse on July 16 last year.

He said: “On Thursday morning at 5 am I was cycling home from work and saw something strange in the sky. It was a glowing orange sphere hovering over the horizon. At first I thought that it must be Venus or a satellite, but it seemed to me that it is much closer than any of these objects.”

“I stopped along the way to take a few shots – the subject looked a little bigger than the photos show. This is when the object began to move and rotate. I could see that it was round with a part sticking out of the main body. When it started, goose bumps ran down my spine, and I felt that something was wrong here, I hurried home.”

“As I continued to ride my bike, I could swear that the object was moving on my course, but I just told myself that it must be some kind of optical illusion. I entered a forest area and lost sight of the object behind the trees. Usually at this time of the morning there is a chorus of birds and insects singing, but in the forest there was a dead silence.

He continued, “As I drove down the path, I turned around and saw something that I will never forget. A few meters ahead, I can only describe a humanoid mantis. This creature was no less than seven feet tall, light green, with a triangular head and large oval black eyes. It had all the features of a praying mantis, but it stood on two legs and had something human in its appearance.”

“I was completely frozen by fear. For a while – but it probably lasted only a few seconds – I looked this creature in the eye, and it looked back.”

“I felt that he could read my thoughts and I could read them. My fear was replaced by completely alien thoughts of total hatred and evil that I felt, projected from this thing. I suddenly broke out of this hypnotic state, and he took a step back, as if about to pounce on me.”

In this article:giant mantis, the mantis of Warwick