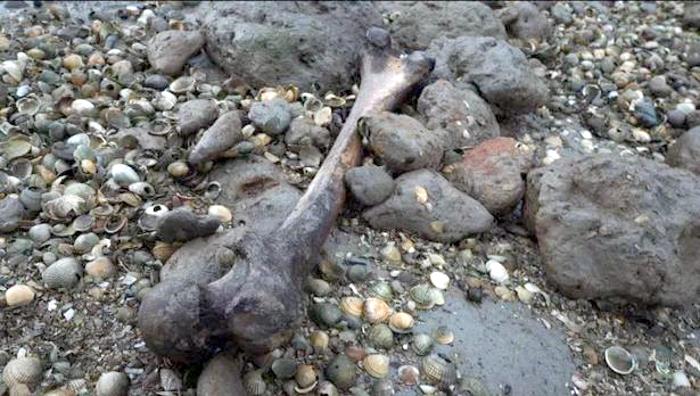 The cemetery island was washed away by water, and the bodies of the deceased were on the surface of the earth.

British authorities have banned visits to the so-called “Island of the Dead” – a small piece of land off the coast of Kent. This site was previously a cemetery, but over time, the graves were washed away by water, and the remains of the buried were on the surface of the earth. According to KentLive, now “The Island” is literally littered with human bones.

More than 200 years ago, criminals who died aboard prison ships en route to Australia were buried on the banks of the Medway River. The remains of the men and boys who died on the road were originally enclosed in simple wooden boxes. Now from the coffins, as well as from the graves themselves, nothing remains.

A couple of years ago, the island was visited by a production crew for the BBC Inside Out program. The TV staff were horrified by this trip.

“It’s like shooting a horror movie. Everything looks so surreal, as if specially worked on the scenery. Open coffins and bones are everywhere, ”director Sam Supple recalls.

“What I saw there will stay with me forever. This is a really strange sight. I think this can not be anywhere on Earth, ”admitted Inside Out presenter Natalie Graham.

The island, which is described as a 1200m by 200m marshland, is currently owned by Natural England. As already mentioned, visiting is strictly prohibited. In addition, this site is a protected area and is of particular scientific interest due to the rare birds that nest and breed here.

Local legends say that “dogs with bright red eyes, who ate the heads of the dead,” live on the island.

Advertisement. Scroll to continue reading.
In this article:cemetery island, Isle of the Dead