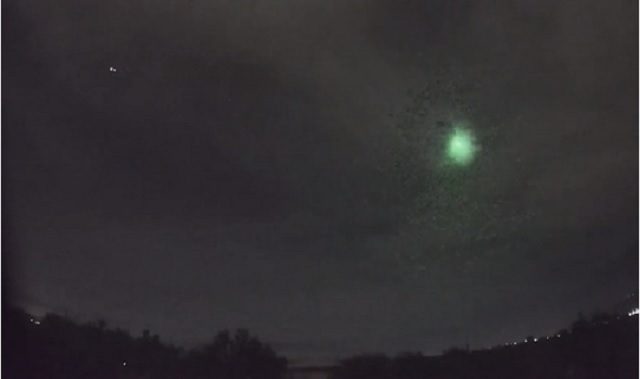 Does it seem like these are on the rise?

By now, we all know, it didn’t really happen unless it’s confirmed via social media.

And that’s what was happening Friday night, as numerous Twitter posts surfaced from people who said they saw a bright light streak across the nighttime sky over Phoenix sometime around 9:30 p.m.

The posts described the sight as a green streak or light, possibly a large meteor or “shooting star,” but definitely more than a quick flash that such a phenomenon usually produces.

The Arizona Republic could not immediately confirm the source of the bright light, but several other Twitter posts reported seeing it from vantage points such as 32nd Street and Thomas Road, near the Phoenix Art Museum, or in north Phoenix.

Fireball last night near Phoenix seen from Tucson in this video acquired by my rooftop camera☄️💫 #shootingstar #Tucson #Phoenix pic.twitter.com/QRI0D7YbKt