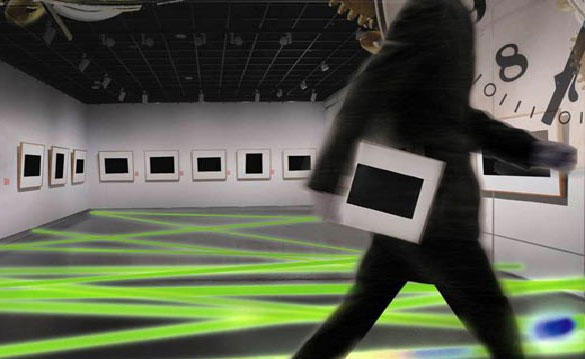 As most of you know, I am not one to entertain cloak-and-dagger conspiracies. However, I’m not so sure about this one. During times of an active cycle, large amounts of radiation race at the speed of light hitting the Earth’s magnetic field. Usually, the magnetic field deflects the vast majority of particles keeping the Earth and its inhabitants safe. But what happens when the magnetic field weakens? The connection between charged particles and its effect on animals and humans was first outlined in 2005 as addressed in my book ‘Solar Rain – The Earth Changes Have Begun’.

New scientific research tells us many animals such as birds, whales, trout, can sense the Earth’s magnetic field. Animals and humans have a magnetic field which surrounds them – very much in the same way the magnetic field surrounds the Earth as its protector. As it relates to humans, and various animals, charged particles from the Sun and our Milky Way can cause confusion or a disturbance in our emotions. Related Article Here

As it relates to DARPA, one has to wonder if they are aware of the effects a weakened magnetic field and the effects increased charged particles can do to animals and humans. Or, is there a more sinister plot to take advantage of this phenomenon to control people. The pineal gland which regulates melatonin production and the circadian 24 hour rhythm is sensitive to magnetic fields. In a recently related study published in the scientific journal ‘Geophysical Research’, indicates a dormant gene is residing within all of us just ready to be tapped. It is known as ‘Cryptochromes’ (CRY). They are involved in the ‘circadian’ – 24 hour cyclical rhythms of daily life.

Strong scientific evidence indicates geomagnetic fields have an influence on the light sensitivity of the human visual system. A recent study from the Department of Neurobiology, University of Massachusetts Medical School suggests humans may be genetically pre-disposed to the influence of geomagnetic flux as it relates to the Earth’s magnetic field and charged particles such as solar flares, coronal mass ejections, gamma rays, and galactic cosmic rays. It appears DARPA is feverously working on manmade sensory manipulation. According to Dr. Matt Goodman, the Program Manager for QuBE, says “we have observed sensory phenomena that might have their roots in quantum physics. The QuBE program is designed to test this hypothesis. The work we’re pursuing questions fundamental assumptions about how biological processes work.”

“Nature is an extraordinary testbed. We think it’s possible that over millions of years of evolution, biological organisms have developed systems that exploit quantum physics,” Goodman said. “ If manifestly quantum effects are shown to be at play in biological systems, and scientists can understand the mechanisms at work, the findings could lead to fundamentally new technologies, including bio-inspired sensors. In addition to exploring magnetic navigation, QuBE researchers are also studying photosynthesis, olfaction (the sense of smell), and the underlying theoretical framework needed to link biology and quantum phenomena.

In this article:black-ops, DARPA, Quantum Physics