It has a huge tropical forest in its Amazon Basin which is home to a diverse wildlife population. When the Europeans arrived in Central America, and Peru, they encountered advanced civilisations but in Brazil they only saw native people living close to nature. Over recent years, however, researchers have found that this huge country had a fascinating past.

The Amazon jungle is very dense but, in cleared areas, on the border with northern Bolivia, there are traces of a lost civilisation. Only part of it has so far been uncovered but its population has been estimated at 60,000. In this region there were structures formed by a network of trenches, about 36ft wide and several feet deep, lined by low banks. Some were surrounded by low mounds that contained ceramics and stone tools. More than two hundred geometric structures have so far been discovered and some date back 1700 years. The geometric shapes are in the form of huge circles and squares. In the upper Xingu region of southern Brazil, a community, of thousands of people, previously lived in large villages, in an organised grid-like pattern, linked by a network of roads. The villages were enclosed within huge ditches and there were bridges and moats in wetland areas.

‘ there is a whole chain of burial urns which reaches from the Mediterranean via Brazil and Argentina, these ceramic coffins are often decorated with human faces and are therefore called portrait burial urns’.

‘When one considers the chain of places where they are found and which connects the continents we are obliged to that this custom could only have been spread by a single civilisation’. (1)

On the coastal island of Santa Caterina, in the Brazilian province of the same name, there are rock drawings consisting of double ring concentric circles, wavy lines, and diamond shapes all of which appeared in Stone Age art on the other side of the Atlantic. There were stone circles in many parts of the world with the highest concentration in the British Isles. Some have been found in North America, Peru, and on Easter Island. Many early sites were aligned to the solstices when religious rituals appear to have been enacted. Stonehenge, England’s 5,000 year old famous circle, for example is aligned to the summer and winter solstices. On a hilltop, in the Brazilian state of Amapa, there’s a stone circle, made up of 127 rough stones, which is aligned to the winter solstice. It’s believed to be at least 2,000 years old. Brazilian archaeologists have found a well-defined ancient stone structure on a hill top in the Amazon. Specifically, this amazing discovery is located in the state of Amapá in the northern reaches of the Brazilian Amazon. Could primitive Indians living in the jungles of the Amazon have constructed this site?   Source >>

Dolmens, huge blocks of rock, usually supported by three or more upright stones, have also been found in many parts of the world including in New England in North America. In the Brazilian state of Rio Grande de Sul, there are dolmens which are similar to those of early Europe. Trilith of Río Grande do Sul of Southern Brazil.

Homet, says that the ones that he saw in Brazil are comparable to the thousands in Algeria. (2) Various travellers, in Brazil’s jungle area, have reported sightings of red-haired white Indians. Harold T. Wilkins , renowned for his research on South America, reported that in 1929, the American traveller Lawrence Griswold was captured by Shuara Indians who took him up the Rio Juara, When the hunting party arrived at the ruins of an ancient city, where  built by tall, ‘red-haired’, people who were changed into his tribe ‘because of their wicked behaviour before the Flood’. (3) There are also traces of red-haired, white, people in Peru and of others of this description were also living in other parts of the world. Tall, white, red-heads formed part of the pre-Spanish Guanche population in the Canary Islands who claimed to be survivors of the Flood. Various early legends say that people of this description were involved in a violent conflict in the pre-deluge era. This is also suggested in a famous, misinterpreted, allegorical, Ancient Egyptian legend. (4)

The Guarani Indians, in Brazil, Uruguay, and Paraguay, claim that their ancestors came from a distant country and that they crossed an ocean before they arrived in their present lands. There were hundreds of allegorical flood legends around the world, including among Native Americans, and a typical one, which is popular among the native Brazilians, tells of a great flood in which only two brothers and their wives survived. There is evidence to suggest that the Great Flood happened 5,000 years ago when there was climate change, and substantial flooding, in different parts of the world. In that era, several civilisations arose ‘fully developed’ and the indications are that this was the rebirth of civilisation after the destruction of the previous age. Along Brazil’s southern coast, mainly in the state of Catarina, archaeologists have discovered as many as 1,000 square pyramids, built from sea shells, and the earliest ones date back to the critical era around 5,000 years ago. In some of these pyramid mounds there were human burials and amazing grave goods including shell breast plates depicting various animals and birds. Nobody knows who these people were or where they came from.

The Sumerian scribes said that the Annunaki caused the Flood because of the evil behaviour of man. Many Early World legends were based on the story of the Annunaki leaders. Adapted to local culture, this trend has continued in many parts of the world right through to present times (5) including among the Guarani in Brazil. Did the Guarani adopt it from an earlier people and could it be that this widespread legend, stone circles, dolmens, and the red-haired white race on both sides of the Atlantic, are evidence of early contact between the Old and New Worlds as many alternative scholars believe?

Leonard Farra has researched the Ancient Astronaut theory for 35 years and written four books on the subject. 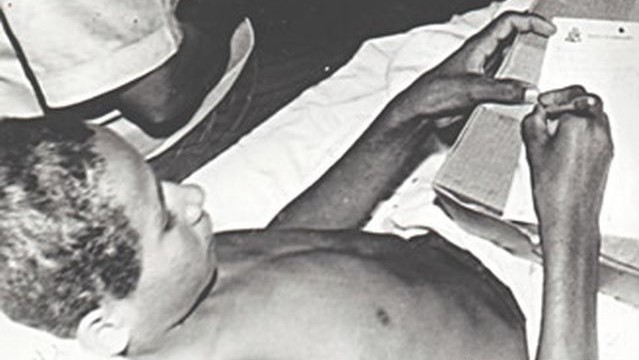 Abduction of a child by aliens in the Amazon jungle

The aliens abduct not only the inhabitants of the developed countries, but also those who live in the wild jungle. For obvious reasons, such incidents...