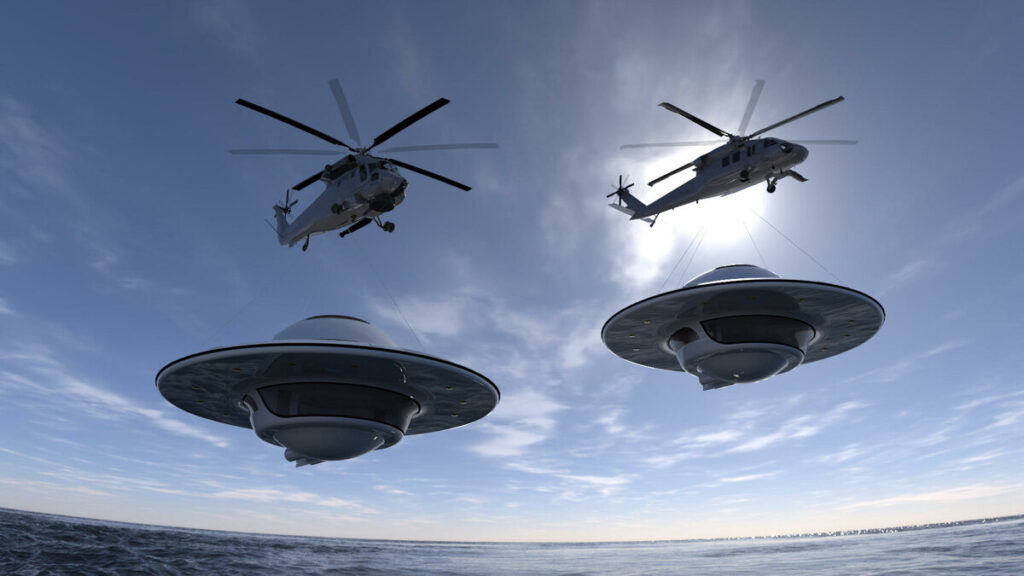 According to the report, in 2008, UFOs were spotted in the sky over the town of Claudio, and then the police chased “humanoid creatures” across a reed field. It is reported by the Express.

A report from the Brazilian police appeared on the Web, which describes an encounter of residents and law enforcement officers of the town of Claudio, near Rio de Janeiro, with a UFO.

The document received at their disposal two Brazilians: Edison Boaventura and Paulo Werner, and translated and published into English by a researcher of unidentified aerial phenomena (UAP) named Roni Vernet, who claims that the meeting with the unknown was confirmed by 10 police officers from Claudio.

The report says the researchers said the UFO was seen on November 19, 2008. It includes statements from police and civilians. For example, a certain Renata Veloso reported that “a huge luminous object accompanied by two smaller objects” descended from the sky.

“One of the small objects was silver, and the second was crimson, like red-hot iron,” the witness said.

According to witnesses, as the object approached a church located near the city center, street lights began to go out block after block.

And the large luminous object began to “emit strong light” before flying upward and disappearing. Another witness described that UFOs were moving at great speed, without noise, suddenly disappearing and reappearing in another place.

The police gathered a search party and reported in a report that they were chasing small “humanoid creatures” in a reed field.

They described them as being no more than a meter high, with oval heads and long arms, and they also glowed in the dark. But when they tried to photograph them, nothing was really visible in the pictures – only shining points. The report also mentions that they moved “without touching the ground.”

The police chased the humanoids across the field in a pickup truck, but they “managed to hide in the reeds.”

The next day, according to the police, the car had problems with the electronics, and the officers had a headache.

In 2020 there was a leak from the Pentagon and the evidence of the American military , who claimed to have seen a UFO over the Atlantic Ocean, appeared in the public domain. In 2018, the pilot was able to capture and capture a silvery cube-shaped object. In 2019, Navy Commander David Fravor and Lieutenant Commander Jim Slate were flying about 100 miles off the coast of San Diego when a UFO soared into the sky from under the water and hovered in the air. When they tried to approach him, the UFO sped away. The military called this meeting with an unidentified flying object – “strange.”

In this article:alien report, Brazil