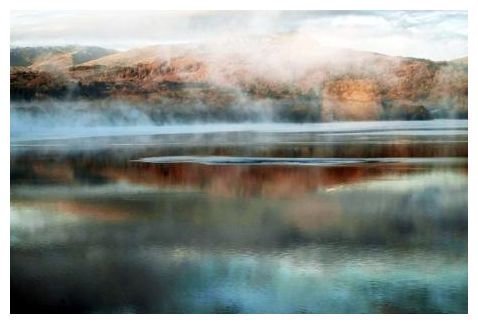 Scotland has its legendary Loch Ness Monster and Windermere has the equally enigmatic ‘Bownessie’ – but has the creature from the deep been spotted ‘again’?

Ulverston-based Matt Benefield might have had an encounter with the mysterious creature while out and about on a ‘calm’ Sunday.

As a petrophysicist, Matt has a special interest the physical and chemical properties of rock and their interactions with fluids.

On January 12, he was at the north of the Lake, taking various photographs. When flicking through the photos back at home, he noticed something odd in the water. The 43-year-old said: “It was a really calm day and the water was very still. There was nobody out in the water, it was very quiet. When I was looking back through the photos, one caught my eye.

“I wouldn’t normally think anything of it but it was the two ripples in the water that got me thinking there was possibly something strange in the Lake.”

The first reported sighting of Bownessie was in 2006 when journalism lecturer Steve Burnip described seeing a 30ft snake-like beast with humps from the shores of Wray Castle.

The belief that a monster is living in the lake was fuelled further when holidaymakers thought they spotted the creature in 2011. Over three years ago, keen enthusiasts even went hunting for the creature. In 2010 Lakeland hotelier Thomas Noblett and celebrity psychic Dean ‘Midas’ Maynard embarked on their second journey into the depths of Windermere in search of the fabled monster.

Mr Noblett was prompted to prove the existence of the creature when he was hit by a three-foot wave whilst swimming on Windermere in 2009.

“I hadn’t really heard of Bownessie that much previously but I guess it was in the back of my mind when I saw the photo,” said Mr Benefield.

Sarah Johnson from the Freshwater Biological Association offered her expert opinion. She said it could possibly be ‘one or more catfish, also called a wels or a decaying bow wave from a powerboat passing anything from 30 seconds to five minutes before the image was captured’.