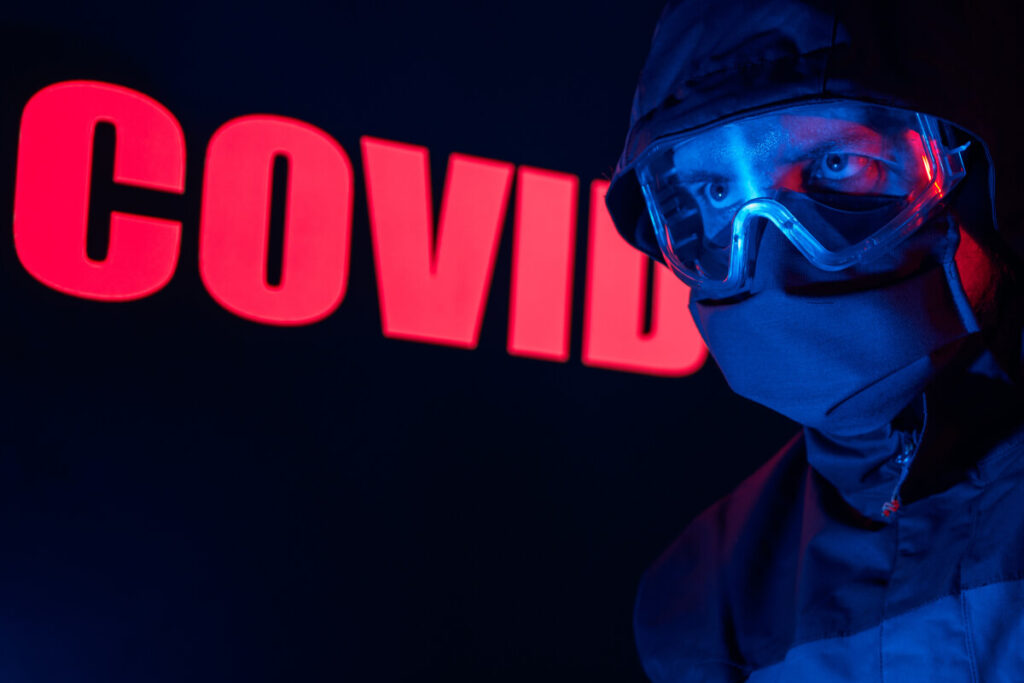 With face masks now becoming a mandatory part of the “new normal” and enforcement measures forcing people to wear them, both by government officials and members of the general public, a book written back in 1950 becomes more draconian. just this issue!

Well-known German author Ernst Jünger envisioned the universal use of a mask as a means of enhancing conformity and uniformity in a dystopian future society in a novel entitled “The Worker” (German: “Der Arbeiter”) published for almost 90 years.

As Thomas Crew describes in detail in his article The Dystopian Age of the Mask, “the elimination of all privacy” is a theme that is found throughout dystopian literature.

This is expressed by George Orwell in “1984” when he describes the masses as, “a nation of warriors and fanatics, marching forward in perfect unity, all thinking the same things and shouting the same slogans; three hundred million people all with the same face”.

Crew explains that this theme dominates Jünger’s “The Worker”, where, “The uniformity of the new age is symbolized… by the sudden proliferation of the mask in modern society.“

“It is no coincidence,” he writes, “that the mask is once again beginning to play a decisive role in public life. It appears in many different ways… or as a gas mask, with which they try to equip entire populations. Be like a face mask for sports and high speeds, in any racing driver, or as a safety mask for workplaces exposed to radiation, explosions or drugs. “We can assume,” he continues, with a frightening intuition, “that the mask will come to take on functions we cannot imagine today.”

Crew explains how the public has been brainwashed into believing that the only thing they should care about is “going on with life”, no matter how suffocating, alienating and insignificant this “life” may be. .

“Given the sudden ubiquity of the face mask in 2020, around the world and in a growing number of social contexts, it is impossible to avoid the conclusion that this is exactly the kind of development that Jünger had in mind. Our adherence to concealing the face reflects the inhuman tendencies that, for Jünger, govern the modern era. It represents another stage in the degradation of the individual that became clear in World War I.

Whether as a piece of meat thrown on the battlefield or as a cog in a war economy machine, modern times have a habit of degrading man to a functional object. “Everything ‘non-essential’ – that is, everything that makes us human – is completely rejected.”