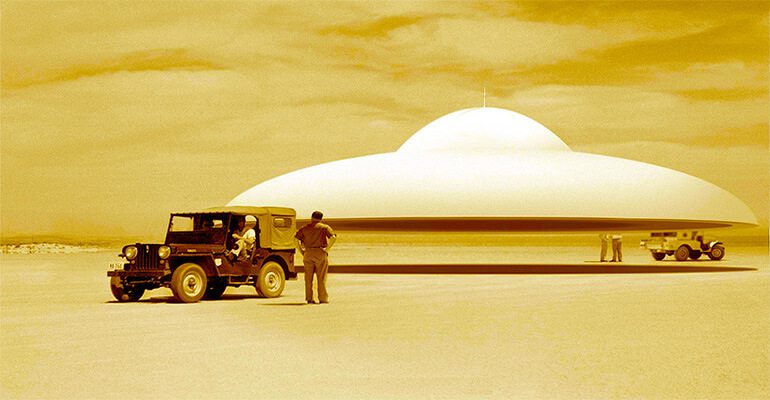 This is the fascinating story of the man who worked for the most secret US governmental facility involving alien crafts and otherworldly technology and dared to spill the beans about it.

In 1989, a man named Robert Scott Lazar contacted a local Las Vegas TV station (KLAS) asking for a chance to make his story public. Lazar claimed he had been employed as a physicist on project Galileo, the government’s most highly classified project at the time. The activity focused on reverse-engineering of alien technology so that the government could put it to good use, and studies were carried out at a top-secret base dubbed S4, located 10 miles (16 kilometers) south of the notorious Area 51, near the Papoose lake.

According to Lazar’s description, the S4 facility had nine aircraft hangars embedded into the mountain. The hangar doors were designed at an angle matching the mountain slope and were also cloaked using natural material.

Lazar claims he had seen nine different alien vehicles at the base during December 1988 and April 1989 when he worked there, and he presented technical details regarding their propulsion mechanism which functioned on amplified gravity waves generated by a reactor placed on the bottom of the craft.

His activity included researching the fuel for the craft, a compound with the atomic number ‘115.’ This element had unusual properties that allowed the flying saucers to bend space around them, and it couldn’t be synthetized on earth. This alien technology allowed for point A and point B to be dragged together, thus reducing the traveling distances to a few minutes flight regardless of the distance. 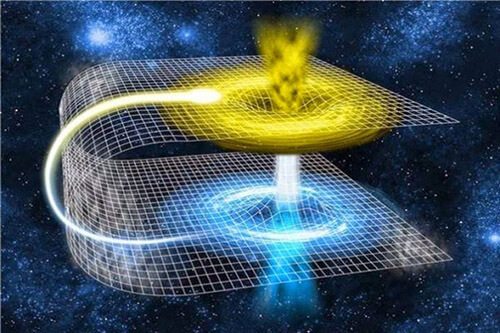 I AM EXACTLY SURE OF WHAT I SAW. I KNOW WHAT MAINSTREAM SCIENCE IS LIKE, I KNOW WHERE PHYSICS STANDS–I KNOW ALL OF THAT–AND THIS IS AN EXTRATERRESTRIAL CRAFT, THIS TECHNOLOGY IS HUNDREDS AND HUNDREDS OF YEARS IN ADVANCE OF US, AND THAT’S THE END OF THAT STORY, BOB LAZAR STATED.

Lazar allegedly received briefings regarding the history of extraterrestrials on Earth for the past 100,000 years from aliens who originated from the forth planet of the binary stellar system Zeta Reticuli 2, the ones known as ‘greys’. He also claimed to have worked on a flying disk with a diameter of 9 to 12 meters. The craft had a commanding console and the seats were small, almost as befit for children.

After he went public, his life was put at risk as he got shot once and received countless threats from different groups of interest and shady individuals.

Television journalist George Knapp was intrigued by Bob Lazar’s story and so he went after more information. Unfortunately, the S4 base was out of reach since it was located on restricted ground where no one outside of the government could step in. After digging deeper into this enigmatic story, Knapp encountered even more problems that almost led him to a dead end.

Bob Lazar’s background has been difficult to verify. His hospital birth records, college manuscripts and employment evidence had all been erased and there is no evidence of him working at the Los Alamos National Laboratories. However, his name appeared in a telephone directory of Los Alamos scientists and a picture of him appeared in the July 1982 edition of the Los Alamos Monitor, showing a picture of Bob standing by a jet car and referring to his employment as a scientist with Los Alamos.

Bob Lazar offers a consistent amount of evidence supporting his assertions and he has since gained many followers. To them, Lazar is a very credible source with a strong background in physics and engineering. However, there are many skeptics who think the entire scenario is an act played out by Lazar in order to personally benefit from it. 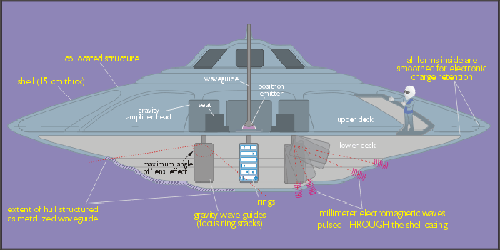 Whatever his reasons, Lazar played a key role in propelling Area 51 to the notoriety it has today, despite being a top-secret facility. If we consider the extreme level of secrecy involving this governmental facility, it’s easy to link the disappearance of his life records to the interests of keeping Area 51 as an almost inexistent facility.

If Lazar is correct and also telling the truth, his testimony might be the single most descriptive account of what is going on right under our noses.

In this article:Area 51, Bob Lazar