According to a new study, at least eight bird species are most likely to have died out in recent years. Among them is the star from the film “Rio”.

Pleas from the high-spirited film, Rio, for humans to care about the Spix’s macaw may have come too late. As of a few days ago, the Spix’s macaw has been declared extinct in the wild. Human interference in their native lands proved to be too much for this little blue macaw. pic.twitter.com/XYzru1l3NJ

In the animated film “Rio” they fought for survival – in reality, the parrots of the species Spix’s Macaw did not make it. They no longer exist in the wild. Some of the specimens, which only occurred in Brazil and have a bright blue plumage, still live in captivity today. In addition to the Spix’s Macaw, at least seven other bird species have most probably or certainly died out in recent years. 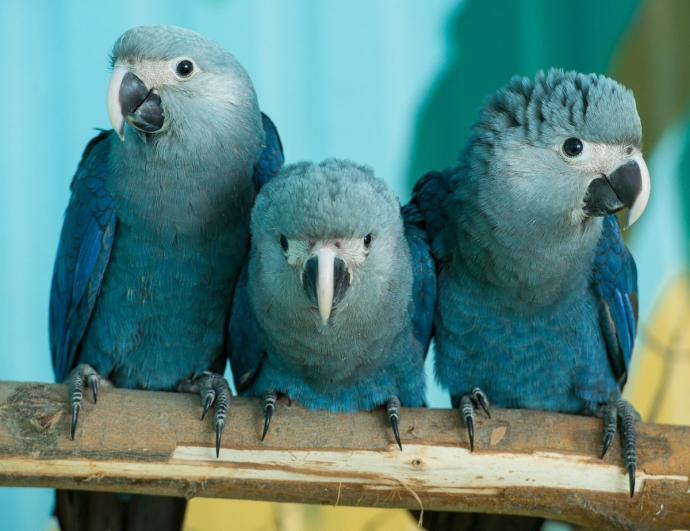 Blue Macaw Parrots
This is the result of a new study by the organization BirdLife International. According to the Red List of Endangered Species, about 187 bird species have disappeared worldwide since 1500. The causes of this rapid decline include the introduction of invasive species, hunting and deforestation, as reported by the organization in Cambridge, UK. Five of the eight recently affected bird species came from South America.

My heart broke when I saw the news that my favorite bird species, the Blue Macaw Parrot, is now OFFICIALLY EXTINCT! 😭😭😭💔💔💔🐦🐦🐦

RIO WAS THE CUTEST MOVIE AND BLUE MACAW DESERVED BETTER