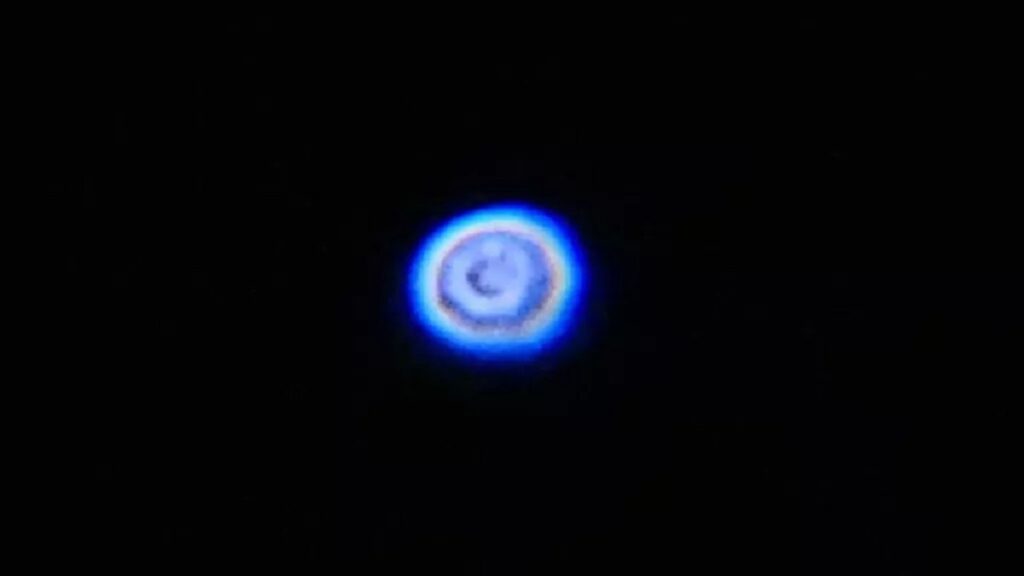 On Monday night, November 8, a photographer from Zurich, Switzerland, @ Eavix1Eavix on Twitter, pointed his camera up at the sky and snapped some pictures of what he called a “donut UFO”.

The photographer suspected he had seen a SpaceX Endeavor capsule that was supposed to return to Earth that night with four astronauts who had just completed a 200-day stay on the International Space Station.

British tabloid The Daily Mail even included the eerie photographs in the observation summary of Endeavor the following day. But there is a problem with this story: when the Endeavor capsule was powered just after 10:30 pm ET that night, it landed halfway around the world in the Gulf of Mexico – more than 8,000 kilometers from Zurich.

While viewers in Louisiana, Alabama and several other Gulf states have seen clear views of the capsule moving across the sky, it is nearly impossible for anyone in Switzerland to see the ship return.

“Any [Endeavor] overflights over Switzerland before landing that night would be completely in the shadow of the Earth, meaning it would not be illuminated by the sun and therefore invisible,” Marco Langbroek said, a satellite tracking amateur and academic researcher at Leiden University in the Netherlands. “The return itself took place over Mexico and the Gulf of Mexico and would not have been visible from Switzerland. The trail when leaving orbit before entering the atmosphere was over the Indian Ocean, so it was not visible from Switzerland either.”

So, if the UFO was not a SpaceX spacecraft, then what was it? The unidentified flying object over Switzerland may not be a spacecraft at all, Langbrook said. It could be a distorted image of a distant star.

“I’m pretty sure the ‘donut UFO’ in the Swiss images is a defocused image of a bright star,” Langbrook said. “It looks a lot like that.”

However, other images taken by the photographer that night appear to show a zigzag light trail behind the subject, suggesting that it is indeed moving.

According to Jonathan McDowell, an astrophysicist at the Harvard-Smithsonian Center for Astrophysics in Massachusetts, it is possible that the Donut UFO was the top stage of a rocket, that is, the small, very top part of a rocket used to launch a spacecraft into orbit.

However, without a precise time frame for photographs, it is difficult to associate the mysterious lights with any known object that was in the sky that night, McDowell said.

Star, rocket, or something else entirely? At the moment, the UFO-donut over Switzerland keeps its secrets – and remains a truly unidentified flying object.

A day later, a UFO of a different shape and color appeared in the sky over France. The completely inexplicable happened there – there were many statements from different cities about the presence in the sky of a strange object that was moving low above the ground at high speed.

Scientists cannot yet explain this, many people agree that this is a UFO.

It happened on the evening of November 9, 2021. Eyewitnesses reported that the object has an elongated cylindrical shape, as well as a pronounced orange glow.

Local services received hundreds of messages from all over the country. Basically, the phenomenon was confirmed by the inhabitants of the Mediterranean coast.

Versions with the flight of balloons, planes and other familiar flying vehicles are immediately swept aside, since, according to the statements of concerned residents, the UFO had a rapid speed, as well as an unusual trajectory of movement. Conventional vehicles simply cannot physically replicate this.

Elon Musk Thinks the First Mars Settler Could Be an AI

The MartAIn SpaceX CEO Elon Musk wants to establish a base on Mars — but he isn’t sure its first resident will be human. On...