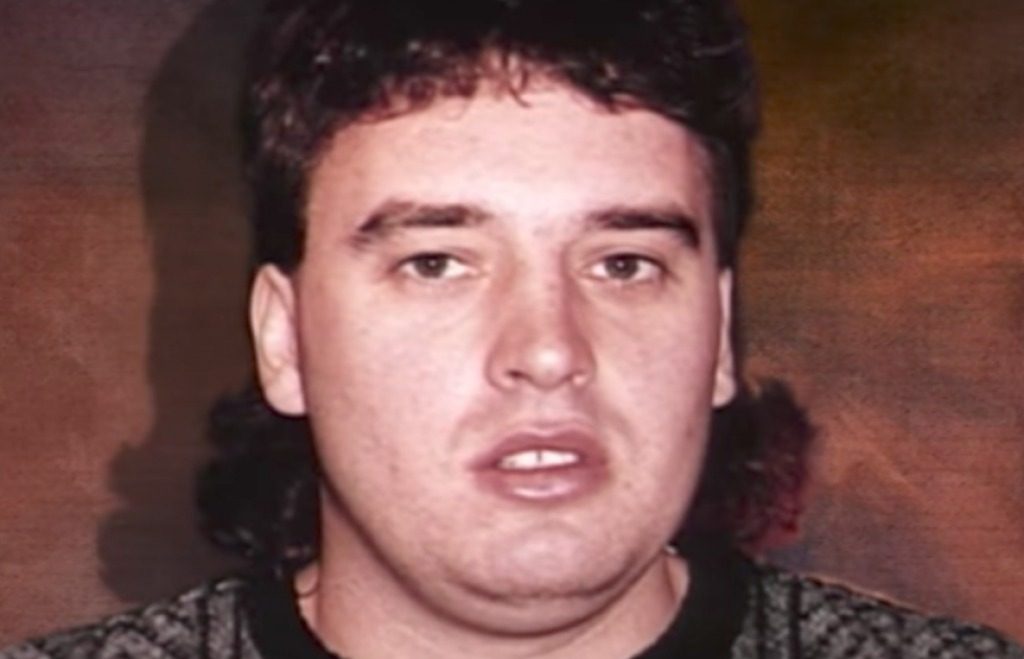 On a gray July morning in 1996, strangers found a dead man beaten and half-naked in a parking lot in Knoxville, Tennessee. Scattered around his body was German, Canadian, and U.S. currency totaling nearly $4,000. The contents of the man’s wallet identified him as 31-year-old Blair Adams of Surrey, British Columbia. Lieutenant Jim Jones was the Chief of Detectives for the Knox County Sheriff’s Department at the time Blair’s body was discovered:

“Every aspect of this case is mysterious… there’s no explanation for it.”

Before his mysterious death, Blair was a foreman with a construction company in Surrey, British Columbia. Those who knew him say he liked his work and did it well. However, in the summer of 1996, Blair’s cheery demeanor began to change. According to his mother, Sandra Edwards, Blair began having wild mood swings:

“Something was obviously very much the matter. He hadn’t been sleeping well. Something was wrong. I asked him numerous times what was wrong. And he said, I don’t think I should tell you about ‘it.’ And to this day I don’t know what ‘it’ is.”

Blair’s strange behavior came to a head on Friday, July 5, 1996. He withdrew his savings and emptied his safe deposit box of more than $6,000 in cash and thousands more in jewelry, gold, and platinum. It was the first stop on his dead-end run to Tennessee.

The next stop was the Canadian-American border. On Sunday, Blair tried to enter the United States. But as an unmarried young man carrying a large amount of cash, Blair fit the profile of a drug trafficker. He was refused entry. The next day Blair showed up at his job. But he wasn’t there to work. He asked his boss for his check and quit.

Blair’s erratic behavior continued. That afternoon, he spent $1,600 on a round trip airline ticket to Frankfurt, Germany. His flight would leave the following day, but just hours after buying the ticket, Blair was again desperate to get into the United States. He showed up at a friend’s house in a panic, terrified that someone was trying to kill him. But his friend was unable to take him over the border.

Then on Tuesday, instead of leaving for Germany, Blair turned in his tickets, rented a car, and headed back to the border. This time, he managed to slip through. He ended up in Seattle, where, according to Lieutenant Jones, he bought a one-way ticket to Washington D.C.:

Blair arrived in D.C. early Wednesday morning and headed to Knoxville, more than 500 miles southwest. Perry Moyers, a detective for the Knox County Sheriff’s Department, was one of the many perplexed investigators working on the case:

Blair was first seen at a gas station in Knoxville around 5:30 that afternoon. He complained to the gas station attendant that his car wouldn’t start. The attendant told him he had the wrong keys. However, the rental car company was already closed for the day. Blair was stranded in Knoxville until the morning. Luckily, he was able to hitch a ride to a nearby hotel.

Ticca Hartsfield, an employee at the hotel, remembered Blair vividly:

“The best way to describe him would be paranoid. He just was very nervous, agitated, expecting someone to come in on him even though there wasn’t anybody there. I don’t know who he was looking for, but he was waiting for somebody to walk in for him.”

The hotel’s security camera showed that in the space of an hour, Blair went in and out of the lobby five times before finally paying for the room.

After checking in, Blair pocketed the key to his room. But instead of going to his room, he marched out the front door and never came back. It was 7:37 PM, the last time Blair Adams was known to be alive.

Twelve hours later, Blair’s body was found in a parking lot about a half mile from his hotel. He was naked from the waist down.

“His pants were removed in a way not like someone would take their own pants off, but in a way that someone else would remove your pants from you. His socks were turned inside out. His shoes were off and his shirt was ripped open.”

Scattered around Blair’s body was $4,000 in American, Canadian, and German currency. A small pack held another $2,000 worth of gold and jewelry.

According to the autopsy report, Blair had sustained many cuts and abrasions. Police believed some of the wounds came from fending off an attack. Blair was ultimately killed by a violent blow that ruptured his stomach.

Although Blair thought his life was in danger, authorities believed the threat was imaginary, and that Blair’s journey was an escape from his own delusions. Either way, Blair Adams wound up dead, just as he had feared