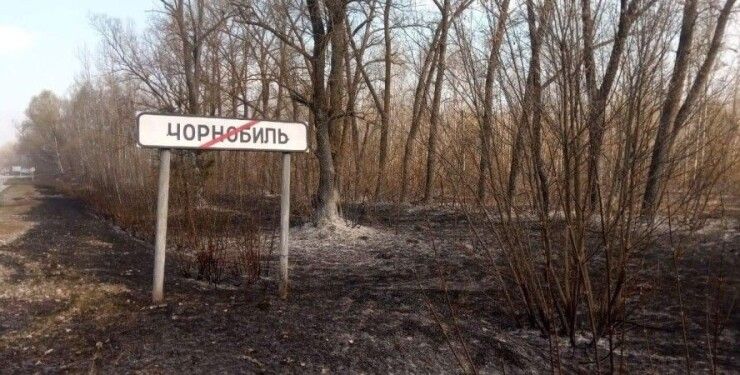 On the night of April 26 1986, a city of about 3 million people, located 100 kilometers north of Kyiv, was exposed to radiation 400 times more intense than the nuclear bomb dropped on Hiroshima. The radioactive cloud spread not only over the Soviet Union, but also over most of continental Europe, reaching the coast of England.

But the cities of Chernobyl and Pripyat, located in the immediate vicinity of the nuclear power plant, suffered the most from the radioactive release.

After the terrible accident, this place began to be filled with legends and dark tales. There are many different rumors about the exclusion zone, some of them thanks to the writers, publicists, directors and creators of the Stalker game line. But, in fact, not all stories related to the Chernobyl anomalies are fairy tales.

In the late 90s and early 2000s, despite the risk of death and for a certain fee, it was possible to pass through Pripyat’s checkpoint. How many people ended up in the exclusion zone in this way is unknown. The data varies, officially about 1,500 people, and unofficially – this number can be multiplied by 10. Most urban and extreme sport lovers returned and told everything they witnessed.

Suspiciously often, an anomalous black cloud or black fog appeared in their stories. This is a phenomenon that has been repeatedly described by extremals who have been in the exclusion zone. Most often, a moving clot of soot was seen at sunset or during the morning dawn, appeaing both in Pripyat and on the outskirts. This phenomenon is one of the most dangerous as once inside such a cloud, it is no longer possible to return to reality.

At least 2-3 dozen extreme sports enthusiasts have disappeared. According to eyewitnesses, everything happens quite quickly, a small jet of black gas or smoke begins to emerge from the ground. Then it acquires a rounded shape and at a height of 50-60 centimeters above the ground begins to move randomly. Some witnesses believe that this phenomenon has a conscious, because after sensing a living being in its path, the black fog begins to pick up speed.

There is a possibility that it is attracted to warm-bloodedness, reacting to warm objects. The easiest way to avoid meeting it is to run away in the other direction, while throwing something lit or hot.

Researchers cannot figure out what the nature of this phenomenon is. Whether it is an intelligent life form or some kind of time portal or other anomaly is unknown. But, once inside the cloud, everything disappears – the person himself, the equipment, all the things taken with him. After that, the fog dissipates along with those who got inside.

In 2006, a dog and a deer disappeared in this way. Back then, a few hunters arranged a safari in the Chernobyl zone. In the course of their entertainment, they managed to drive an adult deer into an ambush with the help of dogs. Nearby, a black substance began to stand out from under the ground. The cloud grew and swallowed up the prey of the hunters and one of the dogs. Frightened men got out of the exclusion zone and told about what had happened.

What is the moral? Mankind is developing new destructive methods of self-annihilation, such as various missiles, weapons, nuclear ballistic charges. At the same time, few people think about the consequences.

This is how new anomalous zones appear, full of mysterious phenomena. And to think that all the stories about them are purely fantasies is stupid.

In this article:black fog, Chernobyl disaster

Image Credit: CC BY 2.0 Ben Fairless Would you drink vodka made around Chernobyl ?  A special type of ‘artisan vodka’ has been made...