In the same decade when gravitational waves and a neutron star merger have been observed, astronomers have now observed what they believe to be the first detection of a black hole swallowing a neutron star.

Last Wednesday, gravitational wave detectors in Italy and the US, called LIGO and Virgo, detected telltale ripples in space and time, traced to an event that happened 8,550 million trillion kilometers away from Earth.

Astronomers are analyzing the data from the detection to confirm the size of the two objects that came together to form such cataclysmic ripples, but the event is likely a black hole eating a neutron star.

“About 900 million years ago, this black hole ate a very dense star, known as a neutron star, like Pac-man — possibly snuffing out the star instantly,” said Susan Scott, leader of the General Relativity Theory and Data Analysis Group at Australian National University and chief investigator with the ARC Centre of Excellence for Gravitational Wave Discovery. “The ANU SkyMapper Telescope responded to the detection alert and scanned the entire likely region of space where the event occurred, but we’ve not found any visual confirmation.”

Essentially, black holes and neutron stars are the leftovers after stars die.

Neutron stars are the smallest in the universe, the remnants of supernovae. Their diameters are comparable to the size of a city like Chicago or Atlanta, but they are incredibly dense, with masses bigger than that of our sun.

When massive stars collapse at the end of their lives, they form an area of accelerating gravity so strong that nothing, including light, can escape it.

Like the other groundbreaking detections this decade, this new detection could provide more crucial evidence for previously unseen events that occur in space.

“We have always thought that there should be binary systems of a black hole and a neutron star circling each other out in space, so if this event is confirmed, it would be the first evidence that such systems do actually exist, and that some of them are spiraling closer and closer and eventually smashing together,” Scott said.

If the neutron star is not much smaller in mass than the black hole, the astronomers would expect more orbits to bring them closer together. This would shred the neutron star, creating electromagnetic signals that can be detected, Scott said. The signal would tell the astronomers about the properties of the star, hinting at their mysterious composition.

But if the masses of the two objects differ, the neutron star would likely be swallowed whole and not emit radiation. Because there hasn’t been a signal in the area where the event occurred, the researchers believe this is the scenario that occurred.

One potential small possibility is that the smaller object could be a very light black hole, Scott said, which would still be an exciting consolation prize.

“We are not aware of any black holes in the universe with masses less than about five solar masses,” Scott said. “This would raise many new questions such as, ‘how does such a light black hole form?’”

If the detection of the black hole swallowing the neutron star is confirmed, that would complete the detectors’ trifecta this decade, including gravitational waves and neutron star collisions.

Earlier this year after the gravitational wave detectors were turned on in April, scientists believe they may have detected the never-before-seen collision of a neutron star and a black hole, a collision between two neutron stars and three potential black hole mergers. The detectors’ observations are being regarded as candidates until further data can confirm them.

If this trifecta is complete, the researchers want to detect more systems, including black holes and neutron stars merging.

“We can better estimate the population size of these systems in the universe and also better understand how these systems ‘get together’ in the first place,” Scott said. “On the extended wish list we would soon hope to have a supernova which goes off somewhere close so that we can capture the expected gravitational waves from this type of event and better model the supernova process.”

In this article:gravitational waves, neutron star 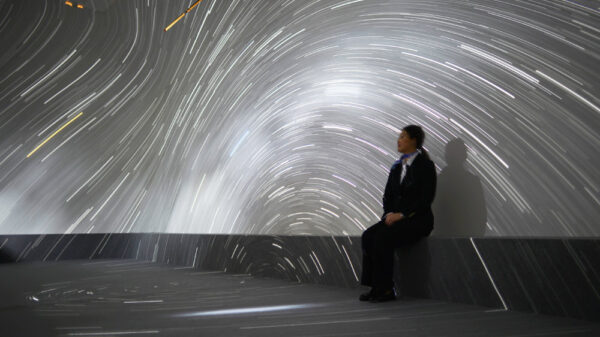 In the coming two years, humanity may experience an unusual space show, the distortion of space and time

Humanity is waiting for an incredible show. In a galaxy in the constellation Bootes, two black holes will merge. Such an event will cause...

Thirty-three years ago, astronomers recorded a supernova explosion, 1987A. And just recently they found a neutron star formed in this cataclysm. This is the youngest such...