On June 19, 2011, a group of maritime fortune hunters, while engaged in the harrowing pursuit of retrieving sunken treasure from Baltic shipwrecks got a sonar hit of a strange circular object located 285-feet (87-meters) below the surface of the Baltic Sea between Sweden and Finland.

Here you can see Peter Lindberg, from the Swedish Ocean Explorer team that discovered the object, explaining what they found. Earlier, he told reporters:

At 87 meters down, between Sweden and Finland, they saw a large circle, about 60 feet in diameter. You see a lot of wierd stuff in this job but during my 18 years as a professional I have never seen anything like this. The shape is completly round…a circle.

Apparently there are tracks about 300 meters long leading up to the object, leading Lindberg to speculate that the object has moved. So far nobody has explored the object yet, so hopefully we’ll be learning more about this as the story develops.

In this article:baltic spaceship, UFO, uso 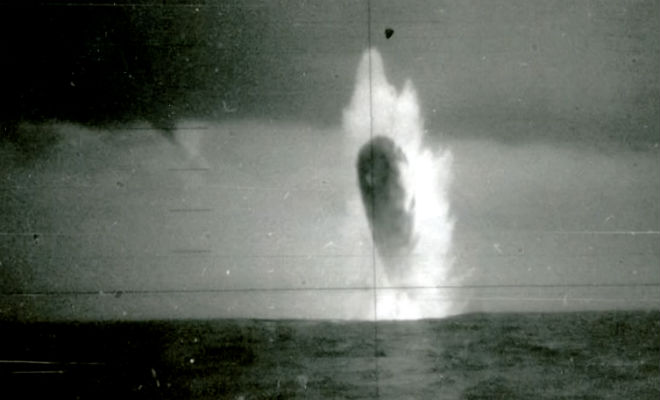