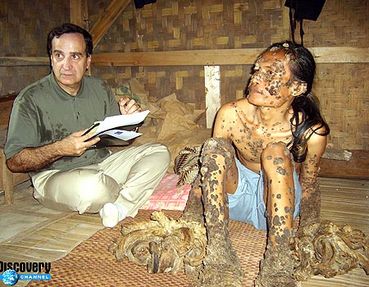 32 year old Huang Chuncai from China’s southern Hunan province is preparing for a third operation to remove the enormous tumor growing on the left side of his face.

Huang gained the nickname Elephant Man when the neurofibromatosis he suffers from caused huge tumors to grow on his face, severely disfiguring him. Not only are the tumors unsightly they also cause real medical problems, such as stunted growth, curvature of the spine and restricted breathing.

In July 2007 Huang had his first operation at the Fuda Cancer Hospital-Guangzhou which removed a massive 33lbs of tumor from the right side of his face. The following January Huang underwent a second operation to remove a further 10lbs of tumor, and his story was documented on the Channel 4 show Body-shock.

Now Professor Xu who is treating Huang says that he has been healing well and plans are to carry out the third operation within the next six months, hopefully in time for Huang to attend his sisters wedding early next year.

The operation is very tricky, the tumors are pressing against Huang’s brain and there is also a considerable risk of excessive blood loss. The veins which supply blood to the tumors have become increasingly enlarged as the tumors grow, accidentally severing one could prove disastrous.

An Indonesian man who suffers from a rare disease which causes tree-like growths all over his body is seeking help from American medics.

His name is Paul Karason, and he’s blue. It’s not makeup or paint.

Fifty-five-year-old Filipino Rudy Santos is a medical phenomenon – he carries a parasitic twin – one of the rarest conditions known to man.

Meet the members of the Sadaluk Clan, who until recently performed in a unique Indonesian freak show.

Victoria Wright talks about her life with Cherubism, a facial disfigurement, and how she handles people’s reactions.

As his head grows out of control and threatens to snap his neck, Sain receives medical assessments to try and identify the condition that is threatening his life. 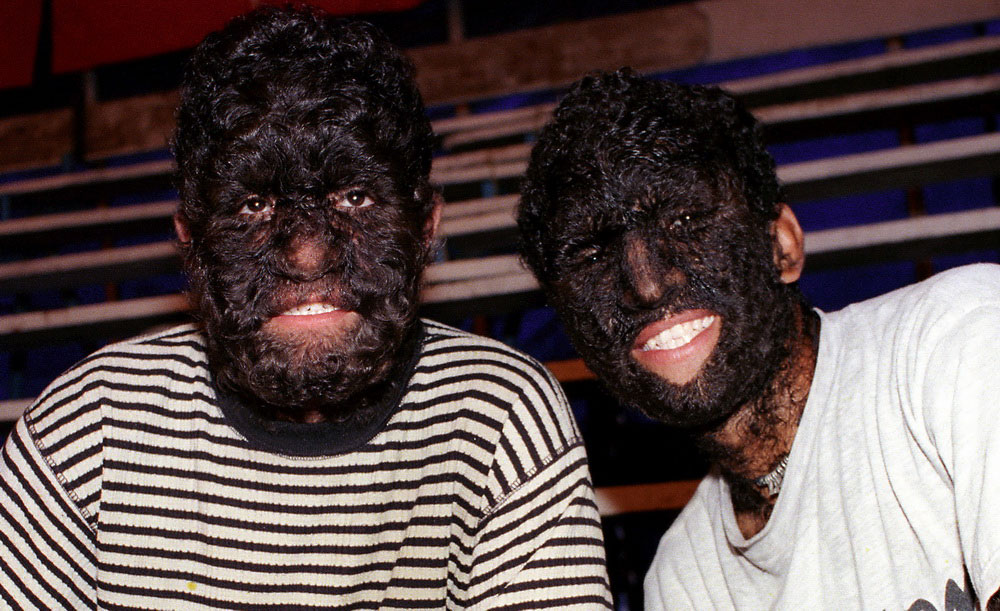