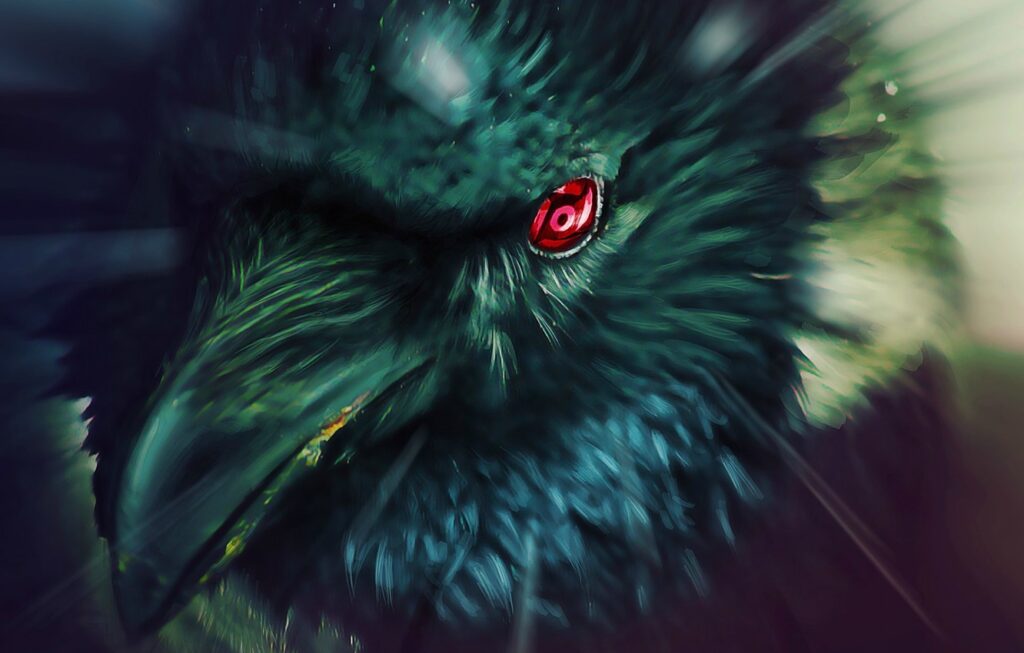 There are mysterious documented encounters with a large black bird in Great Britain in the 17th-18th centuries. The first reports of a giant raven came from the village of West Drayton in the middle of the 17th century. In a small cemetery near the town hall, a constable riding a horse was attacked by a large bird. The locals fled in fear, but curiosity prevailed over agony. This encounter was later described by local clergymen.

“A large black bird flew out from behind the spire of the town hall and swiftly attacked the constable on duty. The man was thrown from the horse, after which the giant raven pierced the horse’s neck with several powerful blows of its beak. The demonic bird continued its bloody feast until the arrows opened fire on it. Frightened by the noise of the attack, black as the darkest night, the raven left West Drayton.

Academic science does not take such evidence seriously, since there is no material evidence of the existence of such huge creatures in the Middle Ages. On the other hand, it is necessary to separate outright myths and legends from information that was included in the annals of incidents that happened in reality. In total, folklorists and researchers in the written sources of England and Scotland, found 11 descriptions of the appearance of a mysterious raven, the size of which varied from 2 to 4 meters.

In those days, people seriously believed in dragons, griffins, fairies, angels and demons. But for some reason, these creatures are not written in the incident books, which suggests that, after all, denying the reality of a giant black bird may be erroneous. In general, when discussing such stories, researchers try to approach the issue in a comprehensive manner.

For example, cryptozoologists believe that a bird could exist, however, its population was extremely small. Since such creatures in the Middle Ages often became the trophies of heroes, the extermination of even such giant animals was not a problem for people. Due to the total destruction, there were no skeletons or any material evidence left.

Researchers of medieval magic and witchcraft consider evidence of birds to be real. Druids or witches could turn into animals and birds. Of course, this version looks very mystical. Did magic ever exist? We can talk about this for a long time, but as one of the hypotheses, it has the right to exist.

The most unexpected assumption about the attack of a giant bird in England was made by representatives of the British ufological community. This is not a raven, but a high-tech aircraft! It was described that way because there was nothing to compare it to but a bird. At the same time, the interpretation of the appearance of such technology in the 17-18th century means aliens in time or creatures from other parallel realities, where technical progress far bypasses even our modern level.

Interestingly, Canada and Australia also have their own eyewitnesses of such a bird. There it is called the “thunderbird” because of its huge size and resounding cry. It is difficult to analyze the information, as it is quite different. However, we have no confidence that the stories about giant birds are fiction and myths. What do you think terrorized England and Scotland in the 17th and 18th centuries, Canada and Australia in a later period?

Advertisement. Scroll to continue reading.
In this article:England, giant ravens 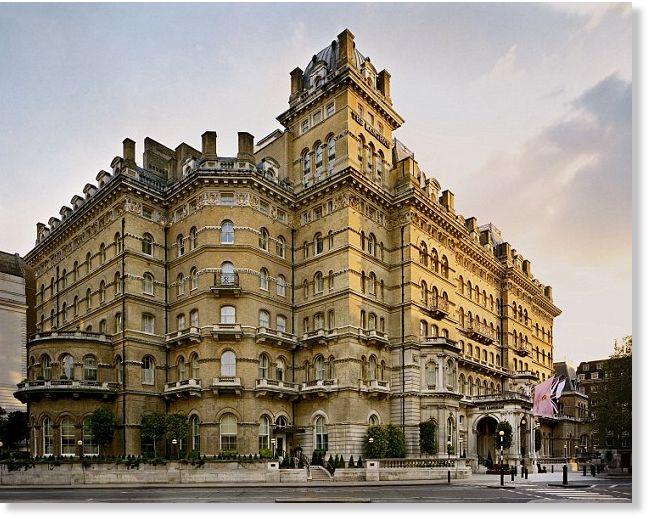 Billy Hallowell The Blaze Members of England’s cricket team are apparently so convinced that their London hotel is haunted that they’ve reportedly been unable to...