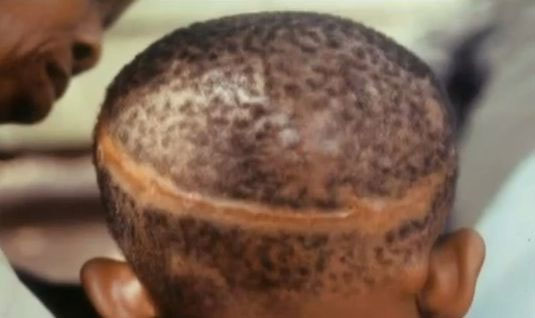 In some cultures, birthmarks are thought to be connected to aspects of a person’s previous life.

Dr. Jim Tucker at the University of Virginia has been continuing the work of the late Dr. Ian Stevenson who investigated more than 210 cases of children with birthmarks believed to hold some significance to a past life.

Some people believe that birthmarks are either the site of a violent injury or that they pertain to a memory that a person has retained from their previous incarnation. In some cultures this idea is taken one step further by deliberately marking the bodies of deceased loved ones to help identify them in their next life.

One example of this is the case of an old woman in Thailand who told her family that she would like to be reincarnated as a boy. When she died, her daughter dipped her finger in white paste and marked the back of her mother’s neck with a distinctive vertical line.

A short time later the daughter gave birth to a baby boy who remarkably appeared to exhibit a birthmark identical to the white line she’d painted on to her mother’s neck. When the boy got older he also developed the habit of claiming possession of items that belonged to his grandmother as if they were his own.

The story may sound far-fetched, but according to Dr. Tucker there have been numerous such cases reported over the years. Whether such stories really do represent evidence of reincarnation however is a matter that will likely remain the subject of controversy and debate for a long time to come.

Advertisement. Scroll to continue reading.
In this article:reincarnation, University of Virginia, violent deaths