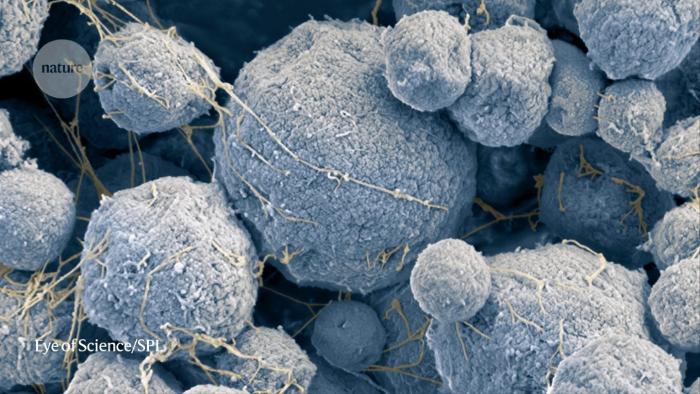 In the mass of DNA of soil microbes, large molecules were found that do not belong either to bacteria or eukaryotes, nor to viruses or plasmids: perhaps we are dealing with a new form of extrachromosomal heredity.

By analyzing DNA molecules extracted from soil, biologists have discovered strange fragments unlike anything known until now. These molecules differ markedly from genes of bacteria, viruses or other organisms, even from plasmids – small fragments that may be exchanged bacterial cells, passing each other, e.g., resistance to antibiotics. Scientists named them ” Borgs ” – after the creatures from the fantasy TV series “Star Trek”, capable of direct heredity exchange with each other.

The article, among the authors of which is the Nobel Prize laureate and co-creator of the CRISPR / Cas9 technology Jennifer Doudna, is still preparing for publication in a peer-reviewed publication. It is currently available in the bioRxiv preprint library .

The Borgs were isolated from soil samples collected in California. Their nucleotide sequences were found to be unlike bacterial, viral, or eukaryotic ones. Apparently, “Borgs”, like plasmids, are elements of extrachromosomal heredity.

However, they are much larger than plasmids, which can reach a maximum length of several hundred thousand nucleotides, while the “borgs” are on the order of a million.

So far, scientists have found 19 “Borgs” and fully sequenced four of them. Among other things, genes characteristic of methanotrophic bacteria of the genus Methanoperedens were found in these DNAs.

Such microbes are able to use methane as a source of both energy and carbon, removing this greenhouse gas from the atmosphere, which makes them the subject of especially close attention of scientists.

The maximum number of “Borgs” is noted in the deep layers of the soil, which are characterized by anaerobic conditions, oxygen deficiency. At the same time, the concentration of “Borgs” can be many times greater than the number of local Methanoperedens.

Scientists suggest that these DNA fragments serve as one of the tools for the metabolism of bacteria, allowing them to more actively utilize methane. Perhaps, in the future, this will allow the Borgs to be used to increase soil productivity and even combat global warming.

Advertisement. Scroll to continue reading.
In this article:Borgs, soil microbes