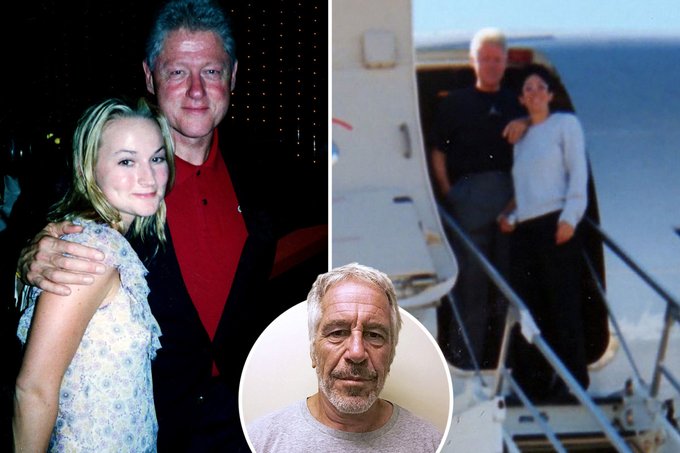 The photographs, obtained by The Sun newspaper, show Clinton relaxing on the ‘Lolita Express’, the Boeing 727 plane Epstein used for sex trafficking children. 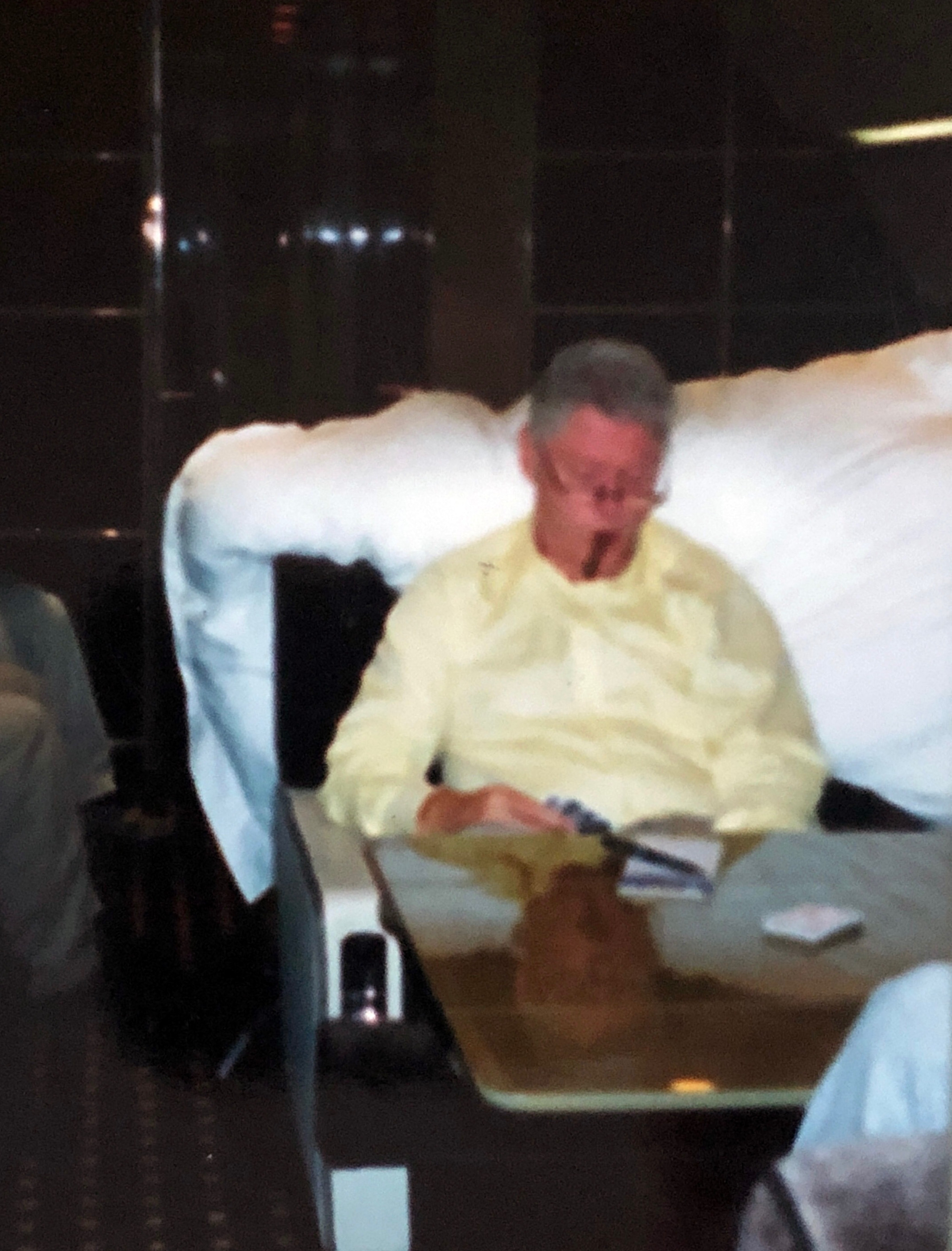 In one photo, Clinton is seen posing with Ghislaine Maxwell, Epstein’s procurer of underage kids.

In another disturbing photo, Bill can be seen with his arm around Chauntae Davies, one of Epstein’s numerous ‘sex slaves’.

Summit.news reports: The images were taken during a 2002 Africa trip in connection with the Clinton Foundation, according to the report.

Now, for the first time, Chauntae Davies has revealed the extraordinary details of Clinton’s long distance flight to Africa with Maxwell and a number of other celebrities.

Davies has said that she was serially raped and sexually assaulted at the hands of Epstein, but has not made any such claims against Clinton.

Davies said that “Clinton was a great guy on the trip. He’d sit around on the plane with a cigar in his mouth, playing cards between flights.”

“I wrote in my journal at the time that I wished he could be president again. He was charismatic and funny and kind and personable.” She added.

“Looking back at these images now it raises a lot of questions about why Bill Clinton was using the plane and what perhaps Jeffrey may have been trying to accomplish by having him around.” she told reporters.

While there is no incriminating evidence contained within the pictures, and no indication that Clinton was aware of Epstein’s activities, they will certainly add fuel to the theories involving elites and pedophilia.

There is no suggestion Clinton, Spacey, 60, or Tucker, 48, did anything wrong during the tour, or knew of Maxwell’s alleged activities on Epstein’s behalf, or the abuse Chauntae suffered at his hands.

However, it will further raise concerns about how some of the world’s most famous and powerful people were drawn into Epstein’s circle at a time when he was committing horrific sex crimes.

Chauntae, now 40, told The Sun: “It’s clear that Epstein was using this private jet and his wealth to get close to rich and powerful people.