The term “big pharma” is really making its rounds as more and more people become aware of the fact that the major corporations that manufacture the majority of our “medicine” are actually criminals. The latest example comes from a recent case where a federal jury found multiple top executives of Insys-Therapeutics, a well-known pharmaceutical company that sold a fentanyl-based painkiller (opioids), guilty of racketeering charges and contributing to America’s current opioid epidemic.

Racketeering is a crime committed through extortion or coercion. Intimidation and force are also associated with this charge, and it’s often linked with organized crime, which seems to be a fitting definition for our modern day medical industry. This corporate domination is exactly why, in 2014, the current Editor-in-Chief of The Lancet stated that “the case against science is straightforward: much of the scientific literature, perhaps half, may simply be untrue.” (source) It’s why Arnold Symour Relman emphasized that the “medical profession is being bought by the pharmaceutical industry, not only in terms of the practice of medicine, but also in terms of teaching and research.” He thought it was  “disgraceful” that the academic institutions of this country are allowing themselves to be the paid agents of the pharmaceutical industry.” (source)

This isn’t a secret, but it’s quite odd how substances like opioids get approved by our federal health regulatory agencies, which have clearly been compromised as well.

In this case, the jury deliberated for two weeks before issuing a verdict against the company’s founder, John Kapoor, as well as four former executives of the company. They found that not only did these people conspire together on how to drive sales of their drug in several unethical ways, but they bribed doctors to proscribe their product and mislead insurers about patients’ needs for the drug as well.

According to the New York Times:

The verdict against Insys executives is a sign of the accelerating effort to hold pharmaceutical and drug distribution companies and their executives and owners accountable in ways commensurate with the devastation wrought by the prescription opioid crisis. More than 200,000 people have overdosed on such drugs in the past two decades. Federal authorities last month for the first time filed felony drug trafficking charges against a major pharmaceutical distributor, Rochester Drug Cooperative, and two former executives, accusing them of shipping tens of millions of oxycodone pills and fentanyl products to pharmacies that were distributing drugs illegally.

Shortly after Insys was given approval to sell their opioid drug, they found one very significant problem. Their drug, a sprayable form of fentanyl called Subsys, was designed to treat cancer patients with acute pain. However, they soon found that their market of cancer patients wasn’t quite big enough to match their profit goals, so they started falsifying information to make it look like patients had cancer so they could sell more of their drug.

This is great, but how deep does the deception go? How much power do these corporations and their executives hold? Below is a great quote from Robert F. Kennedy Jr. that explains the issue quite well:

The pharmaceutical companies have been able to purchase congress. They’re the largest lobbying entity in Washington D.C.. They have more lobbyists in Washington D.C. than there are congressman and senators combined. They give twice to congress what the next largest lobbying entity is, which is oil and gas… Imagine the power they exercise over both republicans and democrats. They’ve captured them (our regulatory agencies) and turned them into sock puppets. They’ve compromised the press… and they destroy the publications that publish real science. (source)

We don’t really live in a democracy, we are living in a ‘corporatocracy.’ There are many products manufactured by pharmaceutical companies that are highly questionable in light of evidence like the example above. Take, for example, when pharmaceutical companies were not disclosing all information regarding the results of their drug trials. Researchers looked at documents from 70 different double-blind, placebo-controlled trials of selective serotonin reuptake inhibitors (SSRI) and serotonin and norepinephrine reuptake inhibitors (SNRI) and found that the full extent of serious harm in clinical study reports went undocumented.  (source)

Another great example comes from documents showing that pharmaceutical companies are deliberately concealing information for the sole purpose of getting us to comply with an “official” vaccination schedule. They show that British health authorities have been engaging in such practice for the last 30 years. The 45 page paper with detailed evidence can be downloaded here: The vaccination policy and the Code of Practice of the Joint Committee on Vaccination and Immunisation (JCVI): are they at odds? by Lucija Tomljenovic, who was part of the Neural Dynamics Research Group, Dept. of Ophthalmology and Visual Sciences at the University of British Columbia, Vancouver, Canada at the time.

A few years ago, a group of more than a dozen scientists from within the CDC put out a public statement, while remaining anonymous, outlining the big problem of corporate influence and the effect it has on health policy decisions. The documents were referred to as the Spider Papers.  The authors really stressed just how big of a problem this is.

I could go on and on, but the bottom line is that fraud and corruption exist within many powerful pharmaceutical companies and within other major corporations that manufacture the products we use and consume.

This particular case with regards to opioids is a great step in the right direction, but we still have a long way to go.

Just as we would street-level drug dealers, we will hold pharmaceutical executives responsible for fueling the opioid epidemic by recklessly and illegally distributing these drugs, especially while conspiring to commit racketeering along the way,” said Andrew E. Lelling, the United States attorney in Massachusetts who pursued the case. (source)

But we still have to ask important questions, like why did the FDA just approve a painkiller 1,000 times stronger than morphine?

In the CE article ‘Study Reveals Big Pharma Paid Doctors Millions of Dollars To Push Opioids,’ Kalee Brown makes a cogent argument that the opioid epidemic, which is responsible for at least two thirds of the record 72,000 overdose deaths in the U. S. last year, is the product of a carefully crafted strategy that stems from a sinister alignment of  self-interest between Big Pharma, doctors, and the government. This strategy, it would seem, has no limits to its wickedness:

It’s no secret that Big Pharma is a money-making machine. Many even suggest that they design drugs with negative side effects so you remain sick, thus growing their market of sick consumers — a view supported by the reality that doctors get compensated for selling you drugs, not for getting you off of them.

Something to think about…

Awareness on such issues is important. We live in an age where spreading information like the evidence shared in this article is incredibly difficult, as information is now heavily censored and blocked. Mainstream media controls the perception of the masses, and big pharma is one of multiple corporations who have been able to compromise them. At the end of the day, our ‘medicine’ makers can be corrupt, but there is a solution, and that’s us. There is no doubt about the fact that people are becoming more health conscious, more interested in alternative health, and more likely to seek out better ways to treat/medicate themselves instead of simply believing a doctor who only relies on pharmaceutical drugs without questioning them.

In this article:big pharma, opioids 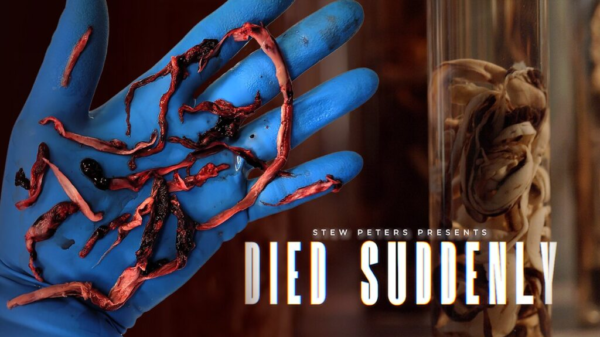 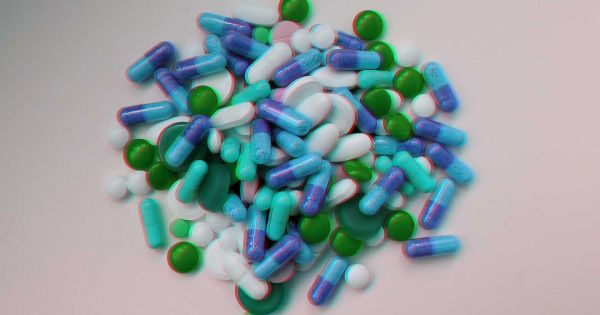 A compound originally intended to treat osteoarthritis pain has shown promise as a means of suppressing opioid addiction. It can reduce tolerance to the...