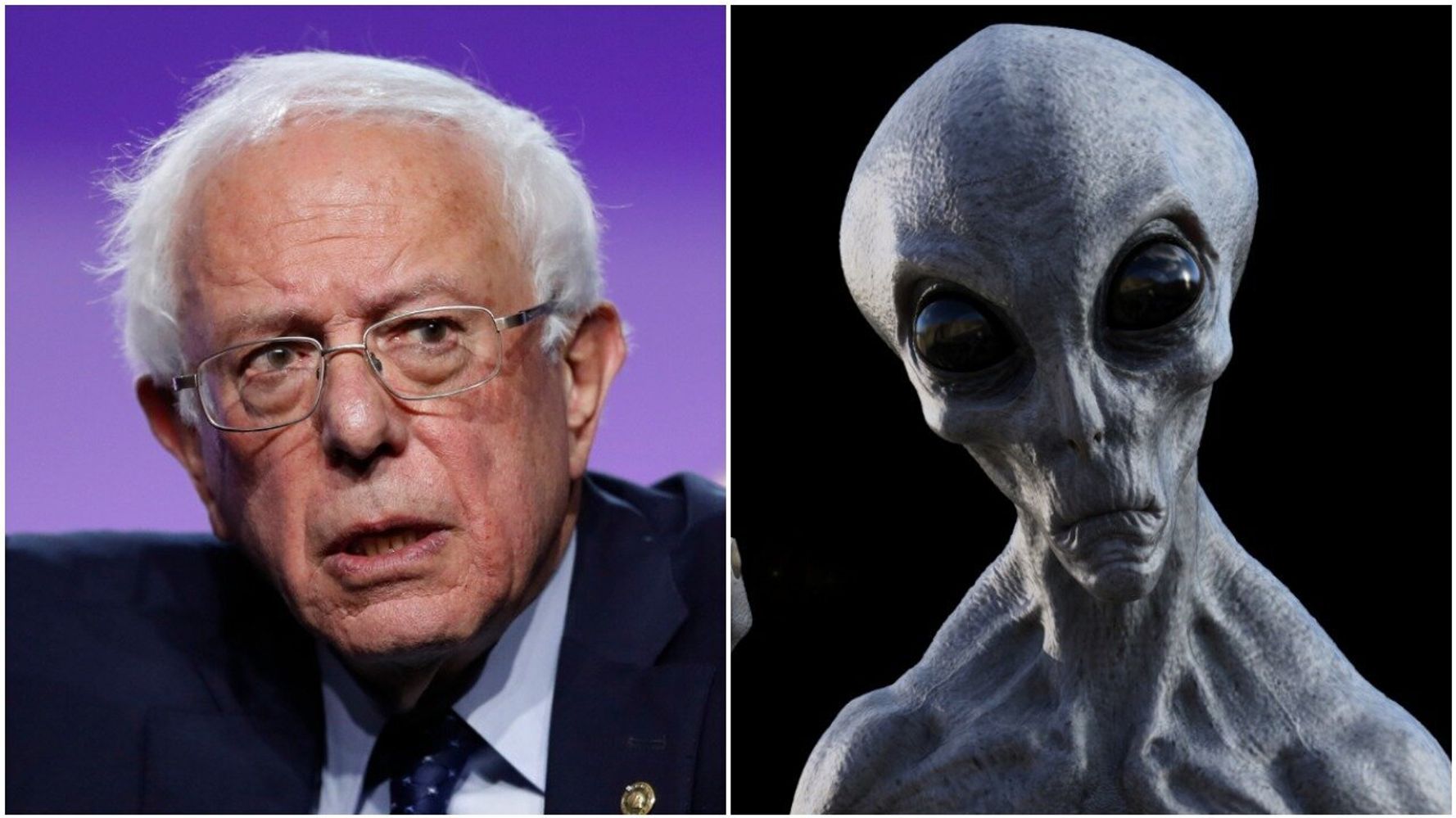 The Democratic 2020 candidate told Joe Rogan that, if elected, he’ll reveal if UFOs exist — but only because his wife told him to.

Presidential candidate Bernie Sanders has pledged to reveal the truth about aliens if he’s elected in 2020.

Podcast host Joe Rogan asked the senator from Vermont in the final moments of an hourlong interview if he would tell the public about aliens and UFOs were he to find something out while in office.

“Well, I’ll tell you, my wife would demand that I let you know,” Sanders replied with a laugh, adding that she had pressed him in his role as senator for any information on aliens. (He said he doesn’t have access to those records.)

Sanders went on to say that if he did become president and found out anything about aliens ― he’d announce it on “The Joe Rogan Experience.”

Though this is a common question for Rogan to ask his guests, it comes after a recent uptick in conversations about UFOs following a rise in reports of unidentified aircraft by military pilots earlier this year.

When asked about the increase in reports during an interview with ABC News in June, President Donald Trump provided little clarity on the origin of the reports.

“I think it’s probably ― I want them to think whatever they think. They do say, and I’ve seen, and I’ve read, and I’ve heard. And I did have one very brief meeting on it. But people are saying they’re seeing UFOs. Do I believe it? Not particular,” he said.

“We’re watching, and you’ll be the first to know.”

To the disappointment of UFO watchers, Trump’s predecessor was equally vague when pried for information on extraterrestrials. When asked whether he’d “demanded to see all the classified files about Area 51 and UFOs” on “Jimmy Kimmel Live” in 2015, President Barack Obama deflected with jokes.

“The aliens won’t let it happen. You’d reveal all their secrets, and they exercise strict control over us,” Obama said. “I can’t reveal anything.”

Given Sanders’ pledge, UFO watchers should be interested to see what he can reveal should he succeed in making his way to the Oval Office.

In this article:Bernie Sanders, unidentified aircraft