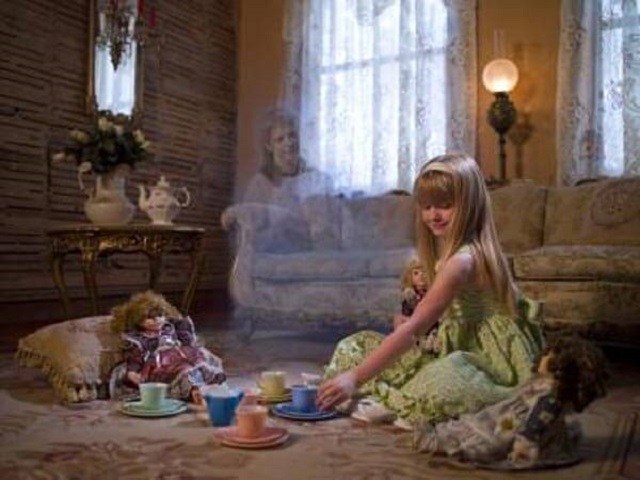 Séances are one way to talk with spirits from the other realm. Most of the time, one person might initiate the process, before others join in. This person is usually psychic or attuned to everything around them, more so than many others are.

Back in 2015, a team known as Hope Paranormal White Light decided to put together a video, they fabricated materials together to create a ghost box. Some of the responses they received were rather extraordinary.

If this was real evidence, then it was amazing to listen to the spirits trying to communicate with the living. The equipment the team used then, was the Portal Geo Box, SCD-1, GB Rift, Jensen hacked radio and Frank’s Box #78. One of the items even resembles a guitar pedal. Through the use of this gear, they called forth any kind of good spirits they were able to. However, for a few moments, something sinister made its way towards them as heard in the video.

Spirits sometimes act as guides for people, to show them the way to the light or into the darkness. People who are highly attuned to everything around them, are likely more inclined to see or even communicate with a spirit. Certainly individuals are naturally radiate with paranormal presences.

While attempting to communicate with spirits, pay attention to the little things. Quite possibly, the smallest thing could be a moment of communication from a ghostly type presence. Dreams are another gateway to communication.

Just because someone isn’t attuned to psychic abilities, doesn’t mean they cannot reach for understanding in some sense. Ideally, most people find they want to discover spirits on their own. Maybe even one of these spirits is a guide to help someone. They might be a lost loved one from their lifetime.

If someone is skilled at divination, they can try different divination methods for themselves. Someone doesn’t necessarily have to hire a psychic to help them discover a spirit presence around them. It is commonly believed that spirits can be seen by young children and animals. Perhaps due to them not being tainted by the ways of the world yet.

Their spirit is believed to be pure along with their thoughts. Spirits might resonate with this and reach out to make contact with them. The next time you hear a child say they have an imaginary friend, they might just be communicating with a spirit of some kind. Hopefully this is a good spirit and not something evil.

In this article:communicate with spirits, imaginary friend

Girl’s ‘Imaginary Friend’ Sounds Very Much Like a Spirit

Sometimes something seemingly innocent can become terrifying. Recently a young girl’s description of an imaginary friend that visits her at night went viral online....