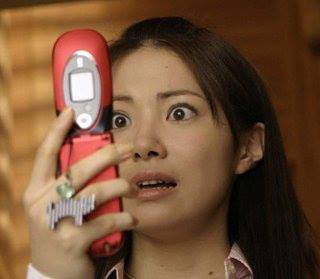 Beijing residents claim they have been terrorized by a spate of late night scary phone calls from a local number, in which they hear cries for help, a woman screaming, or a baby crying.

If they call back, they are told the number does not exist, which has led to online claims that people are being harassed by a “ghost call.”

Web users who posted their experiences of answering the call on Sina Weibo say these calls all originate from the same number, which is 010-67679910. Many other residents said they had also received calls from that number late at night, but missed it, as it rang only for a short time while they were asleep.

The subject of “ghost calls” has become the top trending topic on Sina Weibo since last week. Many Web users posted pictures of missed call records from their phones, and celebrated that they did not pick up the call. Some are afraid that they merely received the call, even if they did not answer.

Web posts on receiving horror calls from the same number date from 2010.

Two customer service staff from China Unicom, a State-owned telecommunications operator, told the Global Times that the number is in the range of the company’s phone numbers, but they cannot find the number in their database. They both suggested the possibility that the number was set through some software.

An insider in the communications industry in Shanghai told the Global Times that Internet telephony which includes software that can change the number shown on recipients’ phones is likely to be involved.

Those who made the calls have breached the Law on Public Security Administration Punishments for repeatedly dispatching intimidating information to disturb others’ normal life, while supervision on Internet telephony is a legal vacuum.

Beijing police said that if residents receive the calls, they can report this to their nearest police office. Officers will take down the information, and tackle the case if reports intensify, the Beijing News reported.